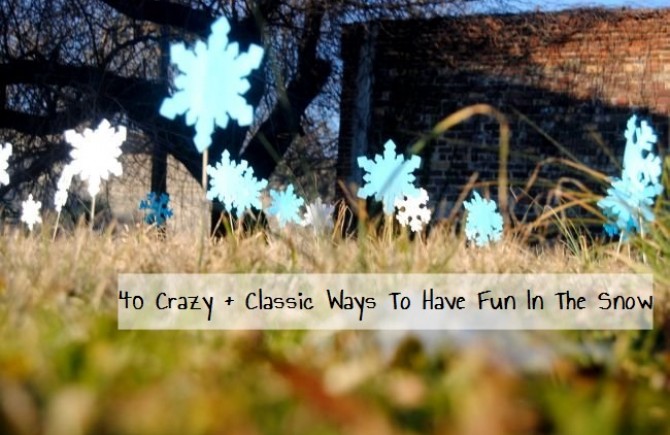 40 Crazy & Classic Ways To Have Fun In The Snow

The less frequently an area gets snow, the quicker people are to get crazy about preparing for a snowstorm. In Maryland, we always get to experience all four seasons. There have only been a couple years that I remember making it all the way to Spring without seeing a snowflake, but we still freak out and stock up on toilet paper, water bottles, and bread when The Weather Channel announces that frozen precipitation might be a possibility. And by we, I mean Maryland. I’ve never gone out to get anything more severe than a corn dog when I know the snow is coming. 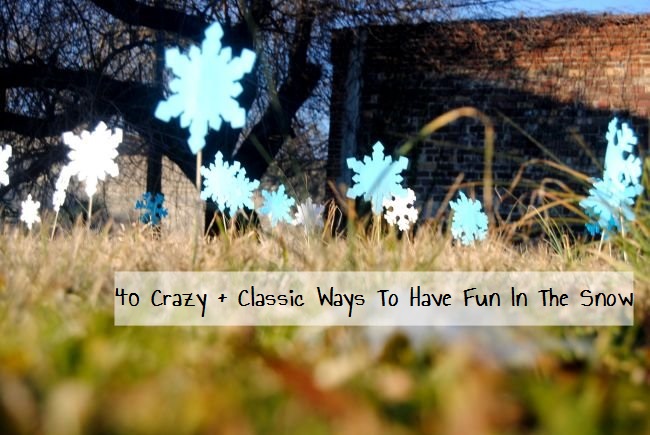 Crazy Things To Do In The Snow

blow bubbles in freezing temperatures to watch them freeze and shatter

slide down a hill on a block of ice

build an upside down snowman, or a more challenging character (Minion!)

hide objects that can’t be water damaged in the snow, as surprises for strangers after it melts away

build an igloo out of colorful ice bricks, then light it up!

Classic Things To Do In The Snow

have a snowball fight

freeze a snowball for next Summer

go snowboarding or skiing (make your own ice skating rink!)

try to catch snowflakes on your tongue 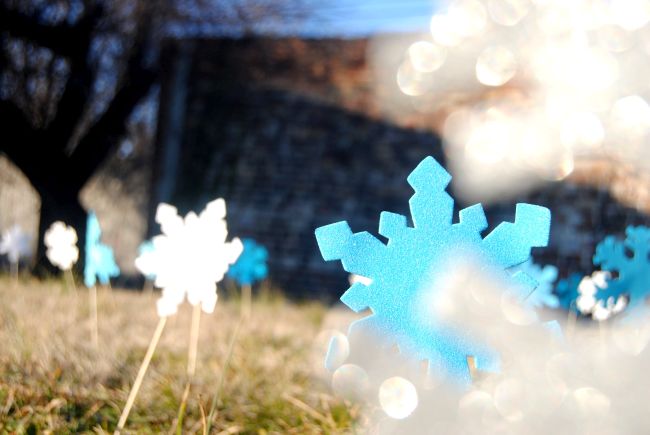 Crazy Things To Do Inside When It Snows

have an indoor snowball fight

make flyers for lost snowmen to hang around your neighborhood

record an infomercial for a fake product

cover yourself in temporary tattoos

blow up enough balloons to fill up your bedroom

create laser beams in your hallway with yarn

draw upside down faces on your chin and take photos

Classic Things To Do Inside When It Snows

listen to a winter playlist

And if you’re stuck inside from the snow, you might also want to check out my 100 Things To Do When You’re Bored or 100 Ways To Be Creative lists.

This snowflake field was from my 365 Days Of Guerrilla Art project.

What do you like to do when it snows?