It’s still hard for me to believe how short of a time I’ve known April Gomez. This time last year I had experienced my first of her Christmas parties, and on my drive home I recorded my thoughts and feelings on my drive home. That party had authentic carolers, a stripper dressed as Santa, and the unveiling of a ball pit. Everything that woman does is made of magic, and being a part of her life feels so incredibly right.

Anyway, this year was no different. Well, actually it was. She only had three weeks to prepare versus months like she usually has, but it was still spectacular. It was themed around Saturday Night Live, and after we were all warm from sangria and hot chocolate, the show began.

Sean (April’s husband) came on stage as Santa and slowly undressed down to red velvety boxers and bunny slippers. He poured himself a drink and all of the sudden the music changed and he did some Risky Business style dancing before yelling “Live from Baltimore, it’s Saturday Night!” 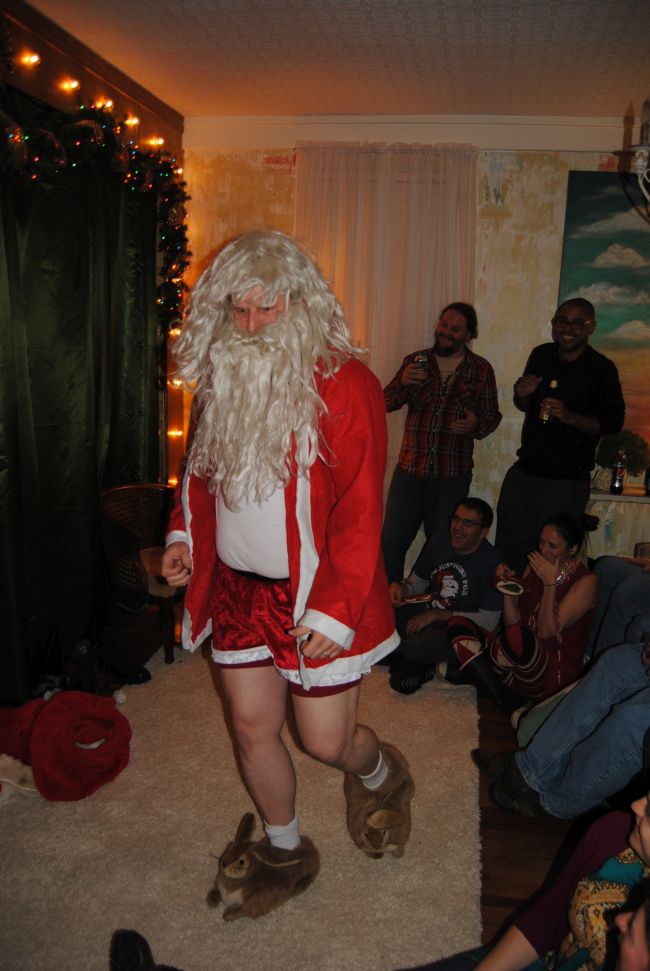 Next, I came out as a wrapping paper saleswoman. But before I could make any sales, a giant wrapping paper person came out to rap. She was shortly joined by a giant gift bag. They did some more rapping and dancing and the disappeared. At this point in our rehearsals, all I knew was I was supposed to put on a song and wait. 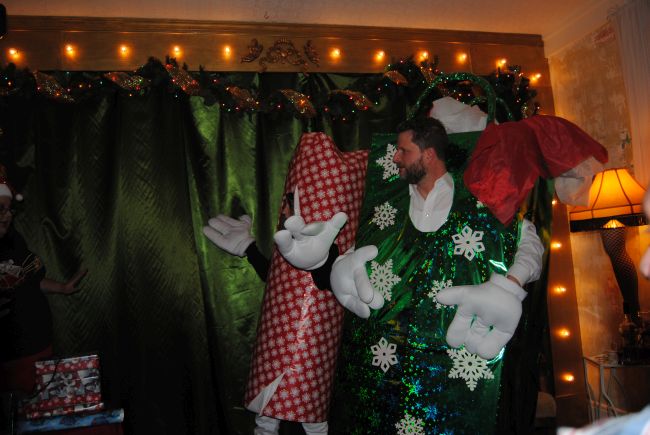 Before I knew it, there was snow pouring from the ceiling and April and Sean reappeared with a giant basket of fluffy white balls that lit up when they hit things. It was amazing. On the video footage you can just see me pause and radiate with pure joy. Everyone figured I was in on it, but April likes to surprise me, too. 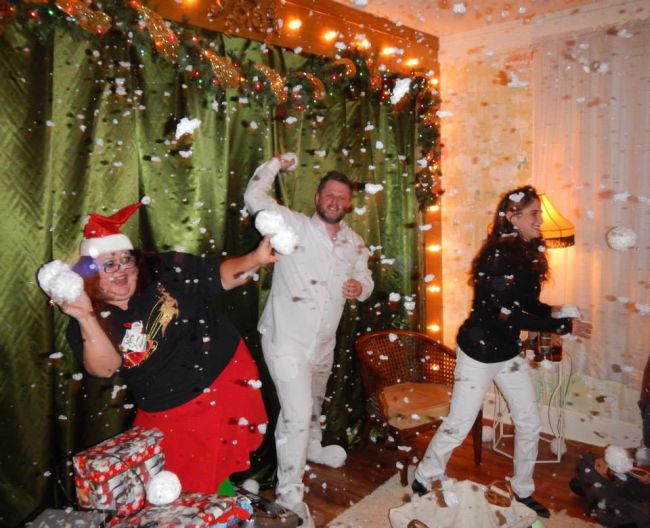 We took a break for a bit, and while I  was having my ears covered in the kitchen by Joe so I couldn’t hear anything, April introduced the three suitors of The Dating Game. Elvis, Santa, and Anthony. All I knew was that I was supposed to prepare ten questions to ask and that I had to pick Number Three. I had no idea who was on the other side of the wall, but things got pretty risque and hilarious. 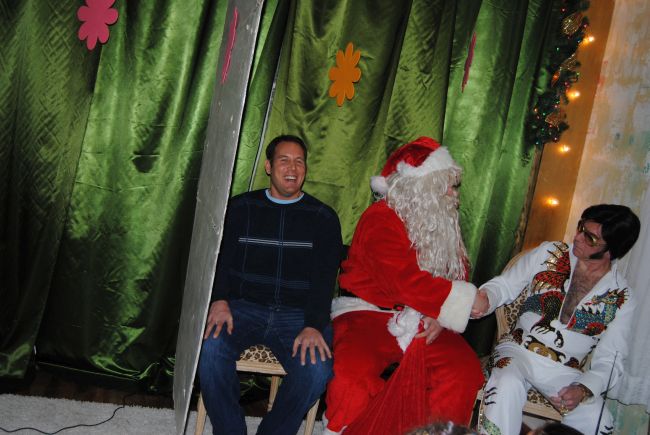 I should have known that it was rigged for a reason. Number 3, AKA Anthony, was a stripper. 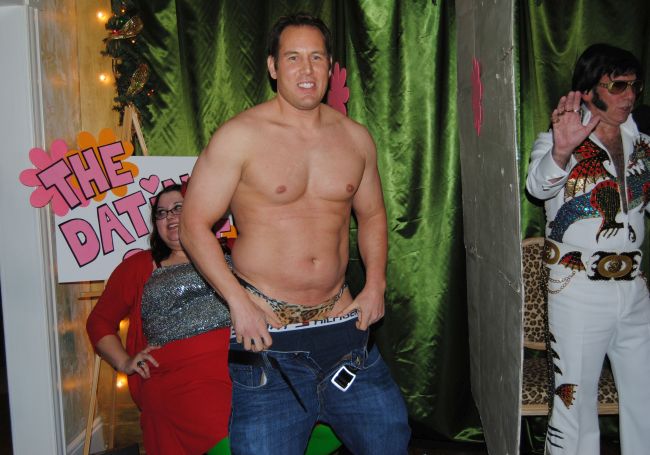 Santa passed out gifts, we ate more snacks and drank more sangria, and then it was time for Santa’s Secret Room. April insisted I go down first because she knew I would love it more than anyone else, and she was right. It was a basement full of balloons. It was impossible to walk without popping them. My face in photos is almost identical to when the snow started pouring from the ceiling. I actually almost cried. It was magical. 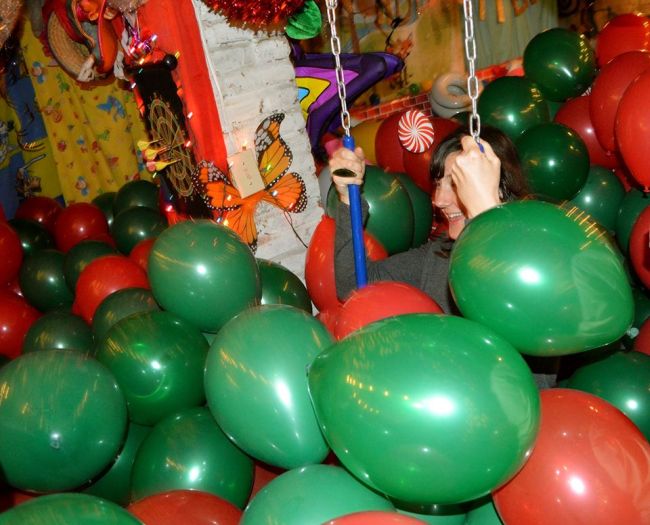 I was surrounded by my oldest and newest friends, my boyfriend, and balloons. I loved it so much. So, so much. 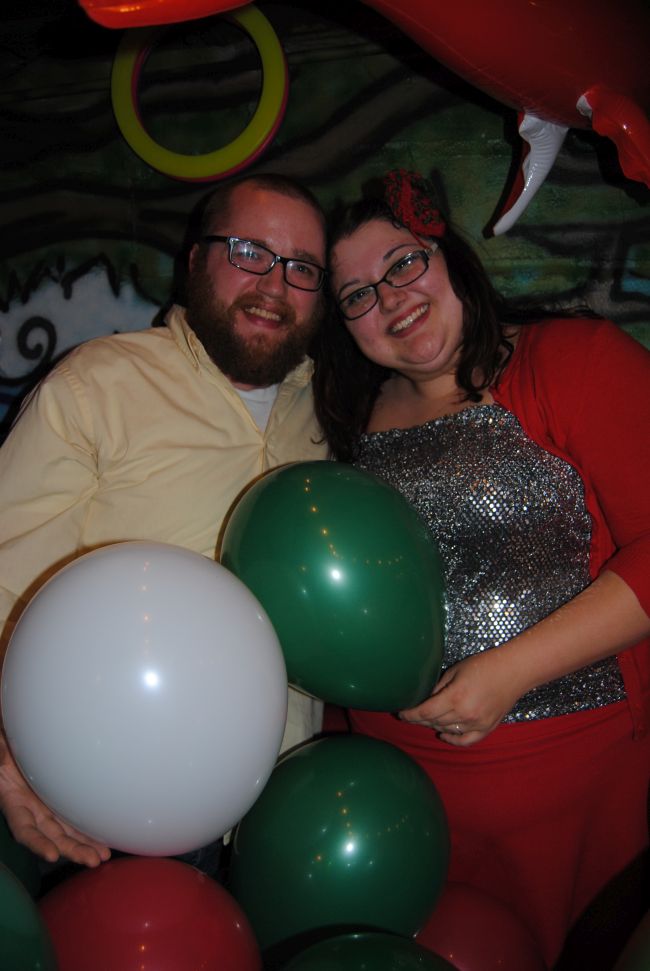 As a gift to Joe, I had prepared a lip sync performance to Kirby Krackle’s parody song “Comic Shop” to the tune of 50 Cent’s “Candy Shop”. Charlotte’s boyfriend, Jason, came up and put a dollar in my cleavage and then Joe sent some money up. I passed out some random comic books to the audience. It was really fun. 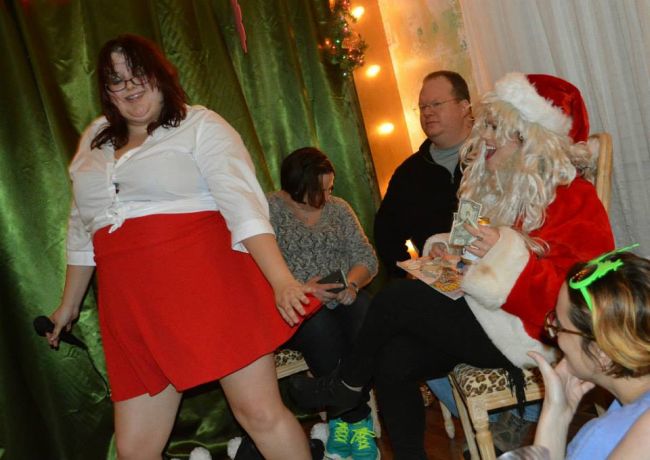 At some point, Ashley convinced Sean to let her wear his Santa costume. She pulled it off pretty fantastically. Sexy Santa, indeed. As the night wound down, we even did a gift exchange. 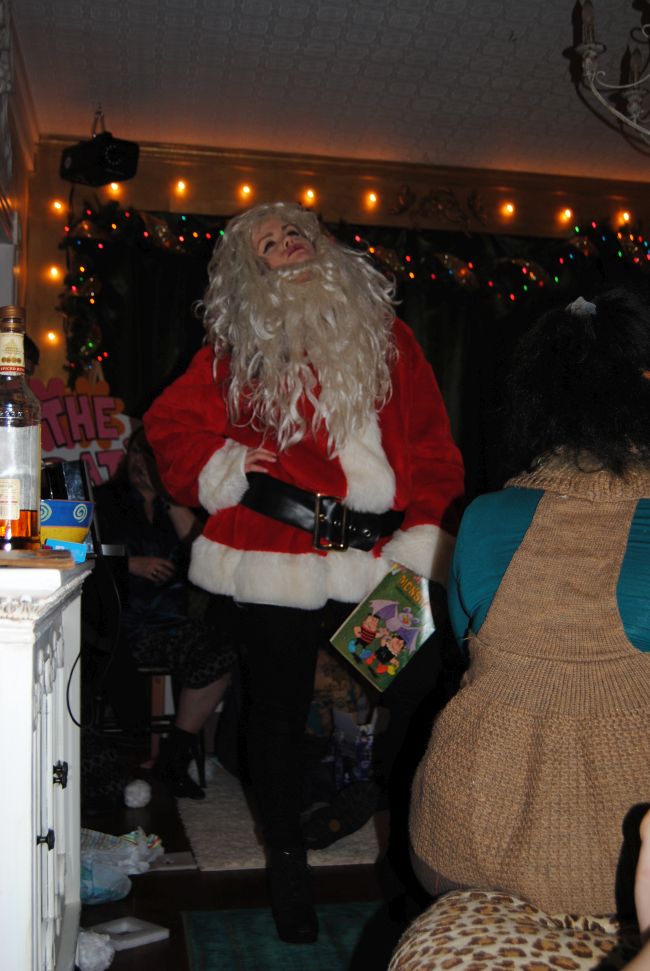 It was an amazing time, and I hope that everyone gets to experience something so fun. April put together some footage of the party:

And you can see more photos in my + April’s albums.
in Creativity 16 Dec 201421 Dec 2014 3 comments
Share
Post tagschristmasparty