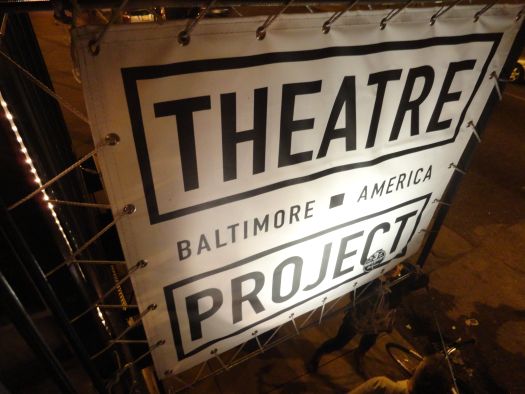 I took myself to Mount Vernon to see a Butoh show at the Theatre Project. Parking was crazy because there was a BSO concert that night too, but I made it there just in time to see the performer slowly creep down the rows of seats onto the stage. It was a magical performance and I felt incredible after I saw it. The space itself is very beautiful and I stayed after for the Q&A the performer and her producer did.
Trip #22: May 25 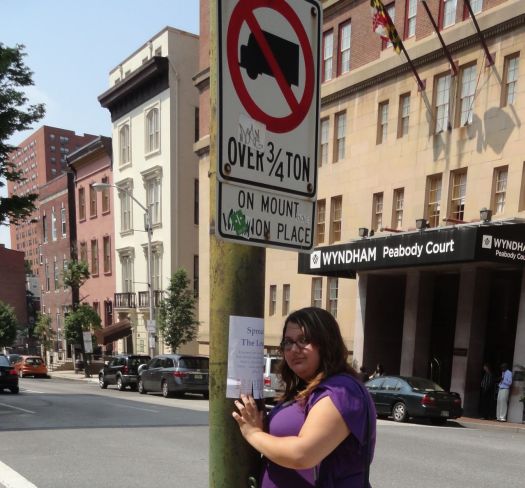 This was the day I put up all the Spread The Love flyers as a collaborative project with Miki. I went with my dad and we did everything in about two and a half hours. 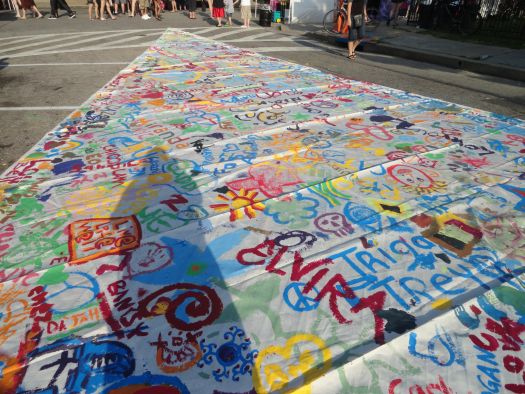 Charlotte and I went to the SoWeBo Art Festival. She brought her dog, Indiana Jones, and it was a very colorful place! This picture is of a massive banner that people had added to. There were a lot of great things there that you can check out in that specific post. After we left there we met Katie and her coworkers at a restaurant in Fells Point for dinner. 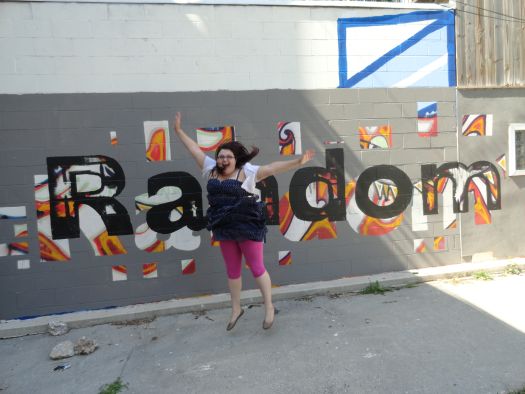 I picked Charlotte up after I got purple highlights put in my hair. We went to the Charles Village Festival, but it was really small and kind of lame, so we walked around a bit. We ended up eating sandwiches we ordered from Eddie’s Market outside at a table. When we were driving we saw this ground mural that neither of us had noticed before, so we looped back and played in it. Then, we were inspired to go to Graffiti Alley. And from there we decided to visit the Random Acts Of Kindness Mural. 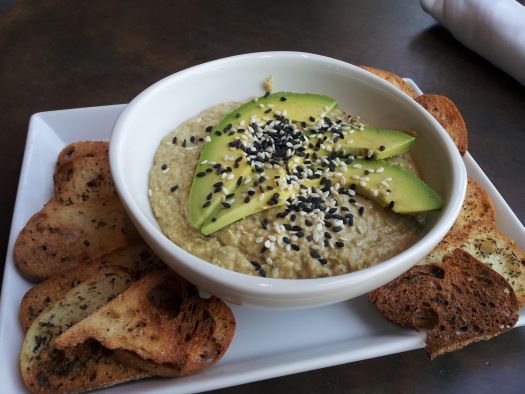 I drove myself around to see how the Spread The Love flyers were holding up. I also put up some Day In The Life flyers. I went to a fancy cafe/restaurant and asked if it was okay to sit in the closed off less fancy side. It was, and I ordered hummus and a vodka sprite from the happy hour menu. I back tracked a lot to get pictures of things I drove by and missed. 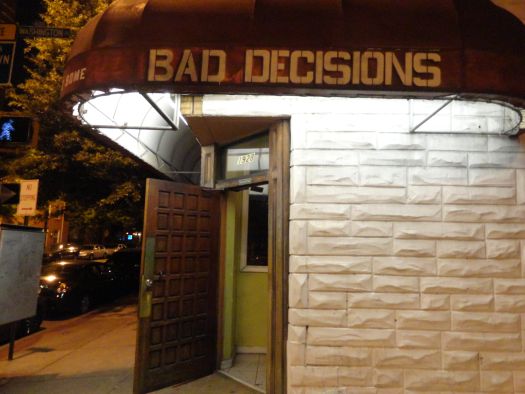 I was bored and drove to Camden Yards to surprise Charlotte at work. I hung out with her until she got off and then we went to the bar Bad Decisions in Fells Point. There were some out of towners at her work and they asked for bar suggestions. We gave them a list and they ended up choosing Bad Decisions, so we ran into them there. Charlotte bought me a shot that apparently had absynth in it and I’ve never been more drunk more fast. It was intense. I immediately went to sit outside on the pretty bench, trying not to die. An hour later we walked back to the car and we listened to Florence + The Machine in her car all the way home. 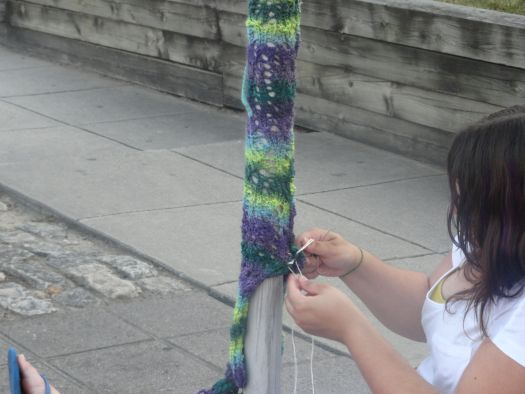 In honor of my birthday I went with Matt to put up my second yarnbombing. It was really hot that evening. 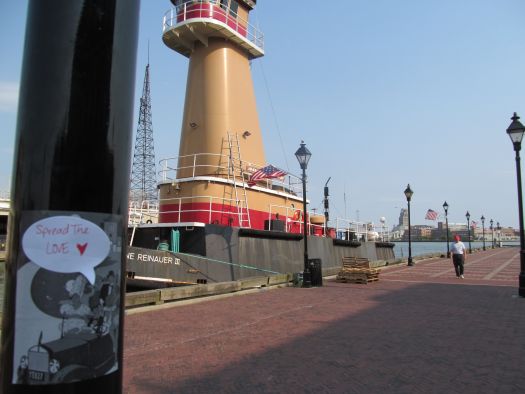 I went to Fells Point and Hampden to put up Spread The Love stickers. The front of the ship in this picture is yellow and teal and I loved it. When I got to Hampden I bought myself one gigantic slice of pizza at Angelo’s. I also finally walked into the antique store that I always pass and never enter. 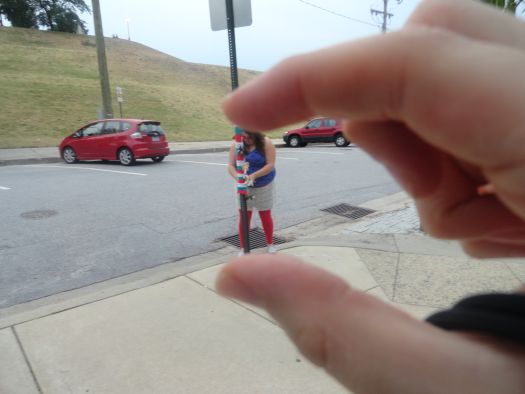 Matt and I went to AVAM so I could install my third yarnbombing, the patriotic one with the puppies hanging off of it! It was in honor of the Pet Parade the next day on Fourth of July. 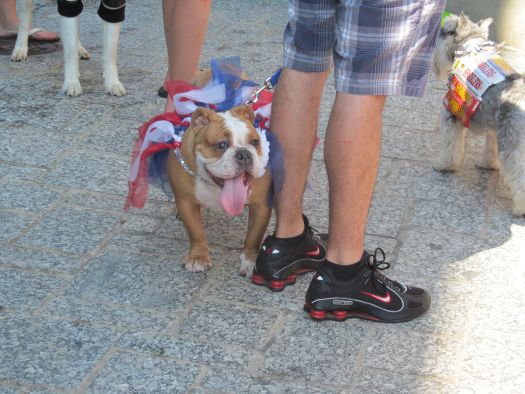 Back for the Pet Parade! Yay! So many dogs dressed up, and obviously a fancy turtle also. Here’s more!