At the beginning of June I posted about my Spread The Love flyers that I posted all around Baltimore and Miki‘s corresponding project. I also mentioned that I didn’t want those flyers to be the end of that idea. I wanted it to have movement.
For my birthday, Matt got me a Xyron Creative Station, which is basically a sticker maker. I took some clip art images of people and animals and used the word bubble sticky notes LaShandra gave me for Christmas and made some stickers. Yesterday I went around and posted them in Baltimore.
Instead of taking my time to go all over the different neighborhoods of the city, I spent my time in two main areas (Hampden and Fells Point) so I could get out and walk around. Here are some pictures of the stickers I stuck to things. 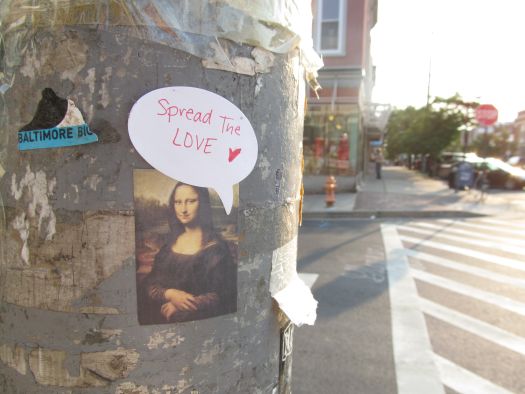 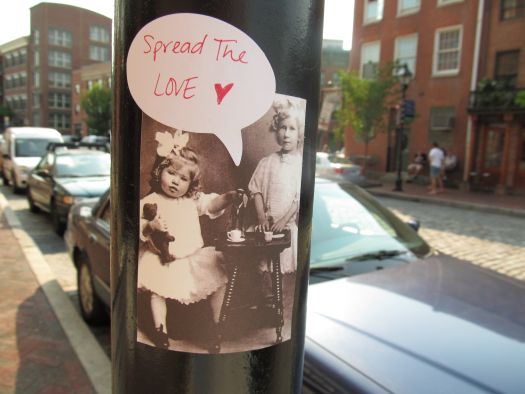 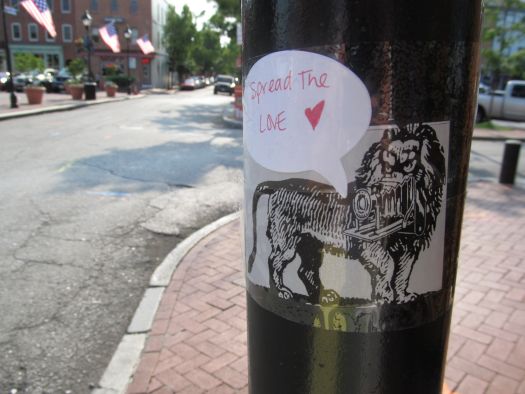 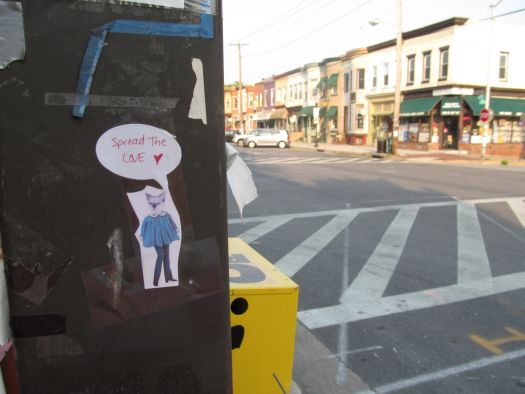 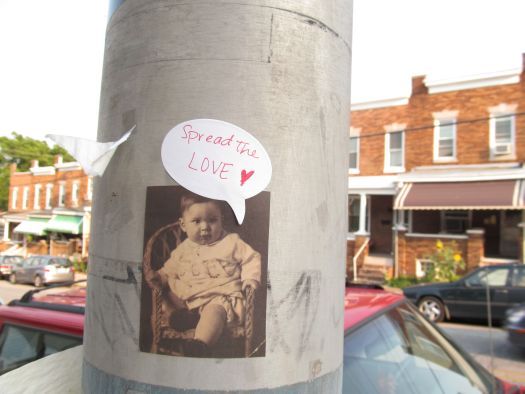 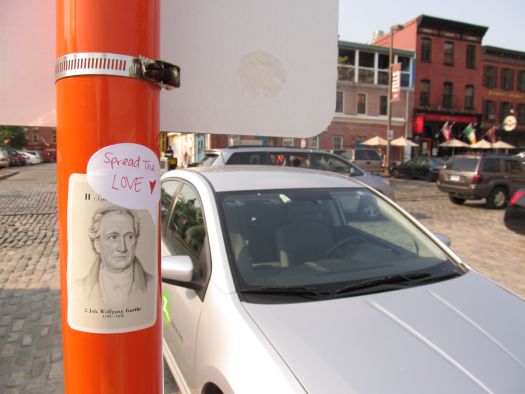 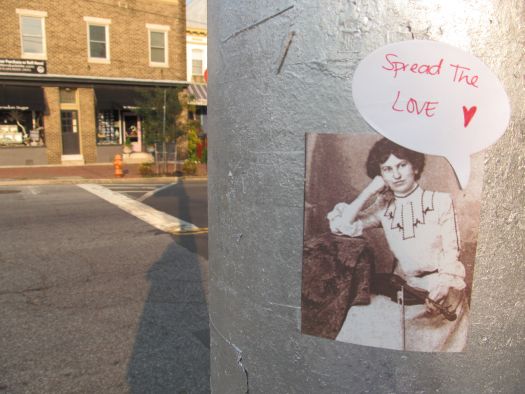 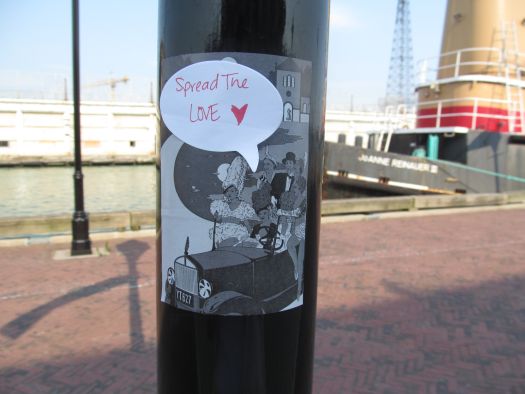 And I still have a bunch more to put up! But it was super hot outside, so I decided that I was done for now. 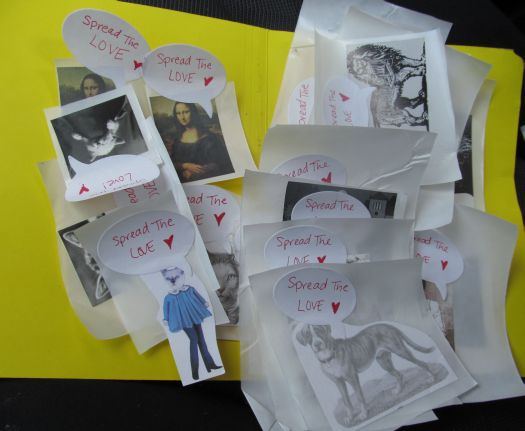