I also have a bunch of pictures and posts that I planned to do but never did and I need to start doing them because the time is now, people!
At the beginning of June, Charlotte and I went into the city for the day originally to go to a street festival. The festival was very small and not great so we walked to Eddie’s and ate lunch outside then we started driving. We stopped because we saw this patch of sidewalk that was painted! We’ve been down that way before a lot and this was the first time either of us saw it, so we turned around and got out to play.
It’s literally a mural on the ground. It’s awesome! We played in the trees, laid on the ground, and obviously took pictures. 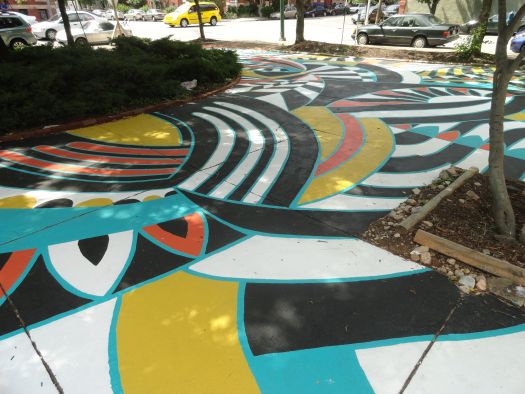 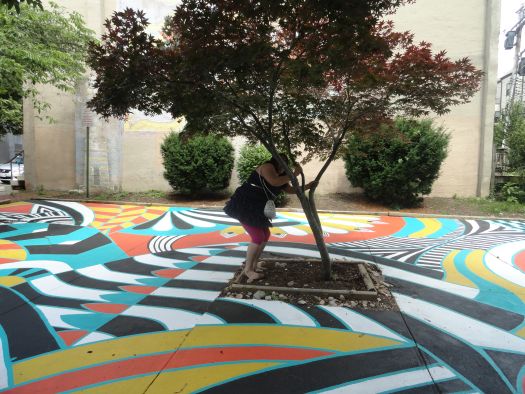 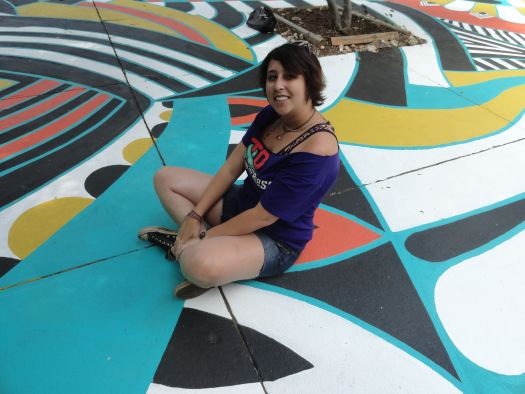 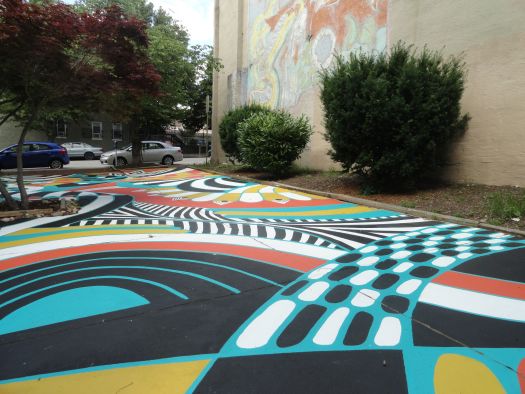 We also made our second trip to Graffiti Alley (first trip). There was a bunch of new stuff. I guess the beauty of that space is how things can get covered up and newness is constantly arising. I would probably be mad if mine got covered up, but that’s the game you play! 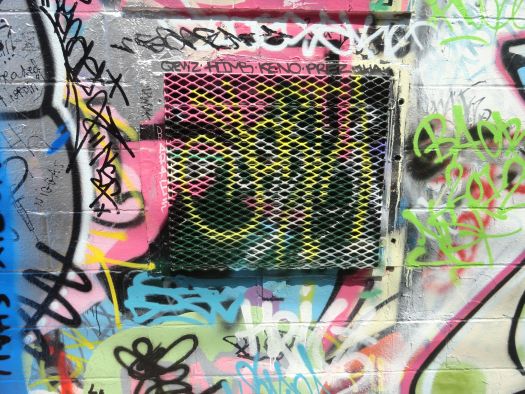 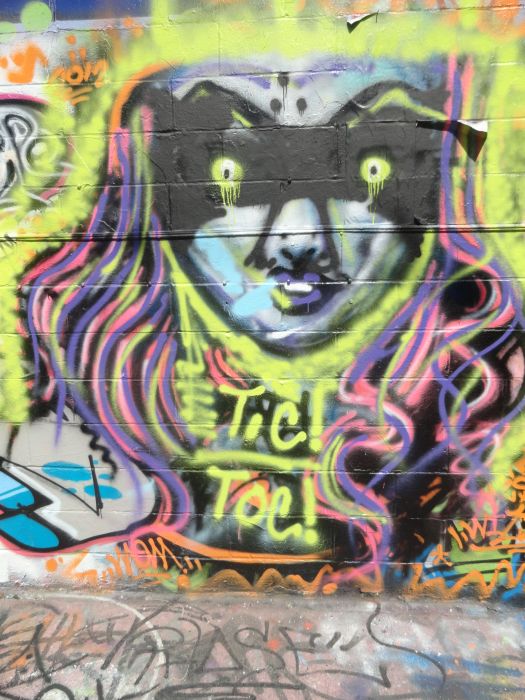 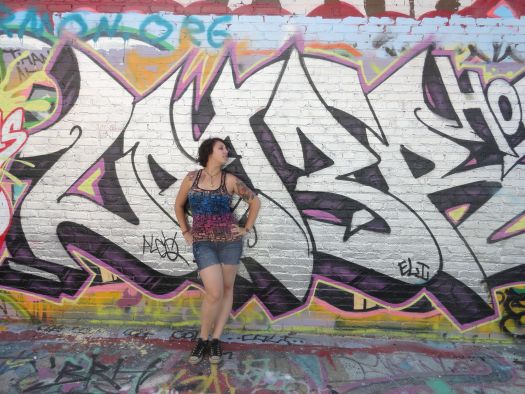 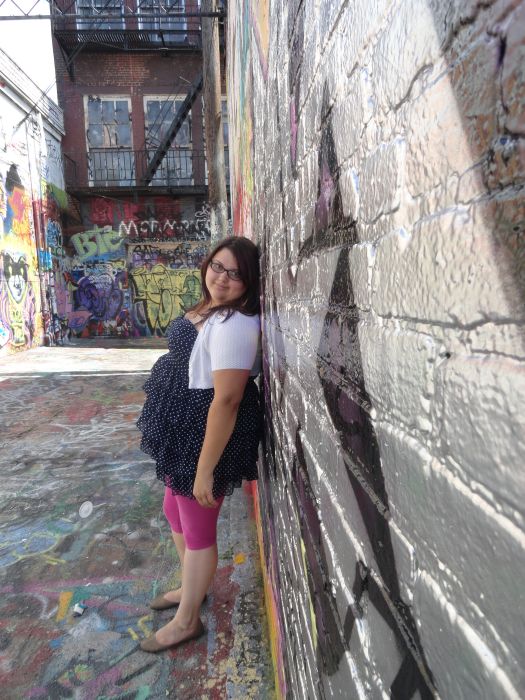 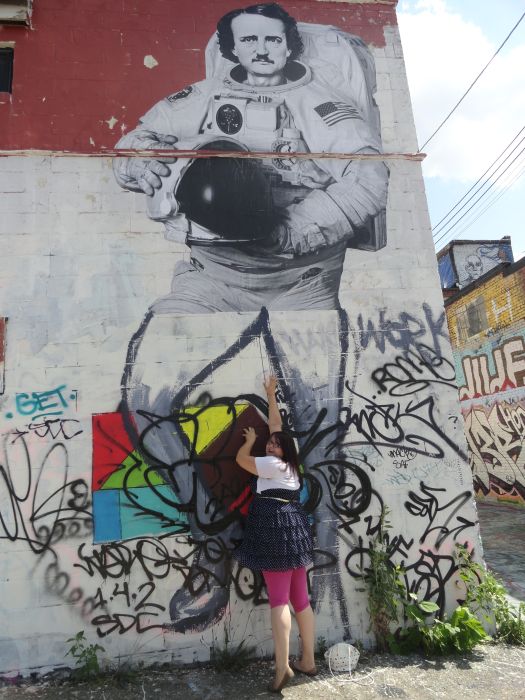 And no, that is obviously not me reaching for astronaut Edgar Allen Poe’s crotch. WHAT WERE YOU THINKING.
Street art in general is so wonderful and I love being able to touch it and be near it in a great city so close to me. 🙂
in Street Art 21 Jun 2012 0 comments
Share