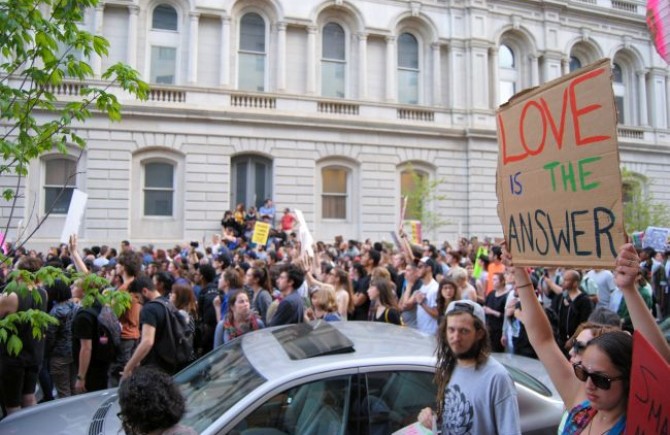 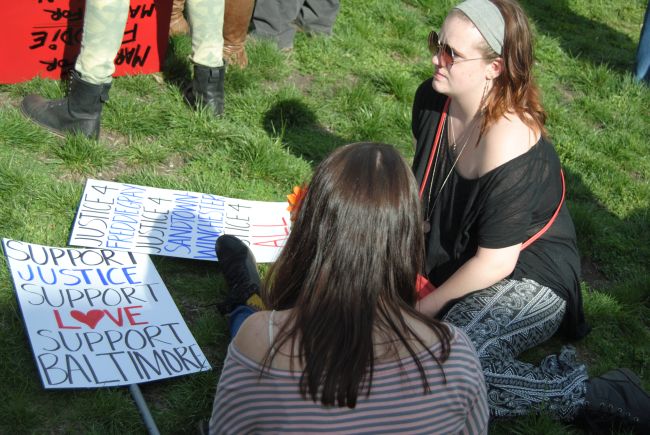 I shared a lot of my feelings on what’s recently been going on in Baltimore, and I’m kind of overwhelmed with the reactions. I was definitely expecting to get yelled at, and instead I found a ton of support and insightful perspectives and conversations. I can’t thank you enough for how beautifully you received that post and its ideas. 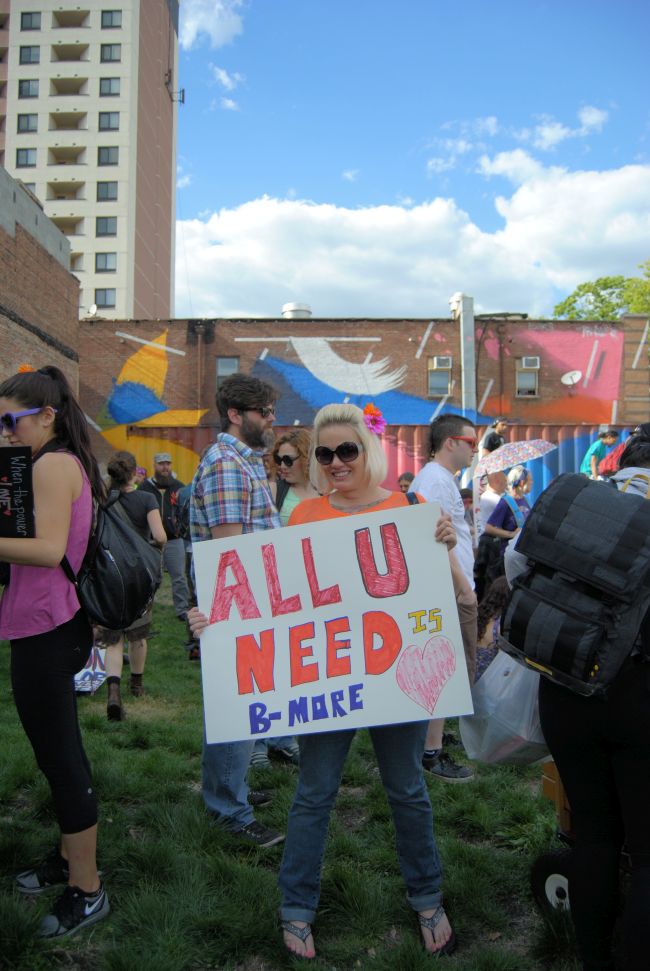 As I mentioned, this is all really affecting me, and I want to do my best to help Baltimore come out on the other side ready for change, build-up, and positive community interactions. Yesterday, I attended a peaceful March For Love, hosted by the I Am Love Project. Hundreds of us met at the Ynot Lot in Station North (that you may remember from projects like the Balloon Flower Garden) where we mingled, finished our signs, and shared supplies. Then the TMC Dance Crew kicked the mood off for us with some seriously upbeat movement, and we were all welcomed to the stage to get our groove on if we so chose. Then, we headed out as a group, to the southern end of the city. 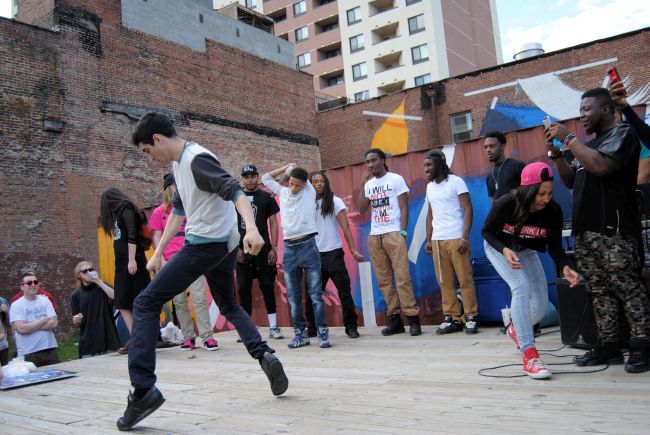 We first stopped at Penn Station  where we collided with a bunch of other marches. Protests from all parts of the city were meeting up at this hub, where armed police lined the perimeter. After a while, we continued south down Saint Paul Street and made our way to City Hall. 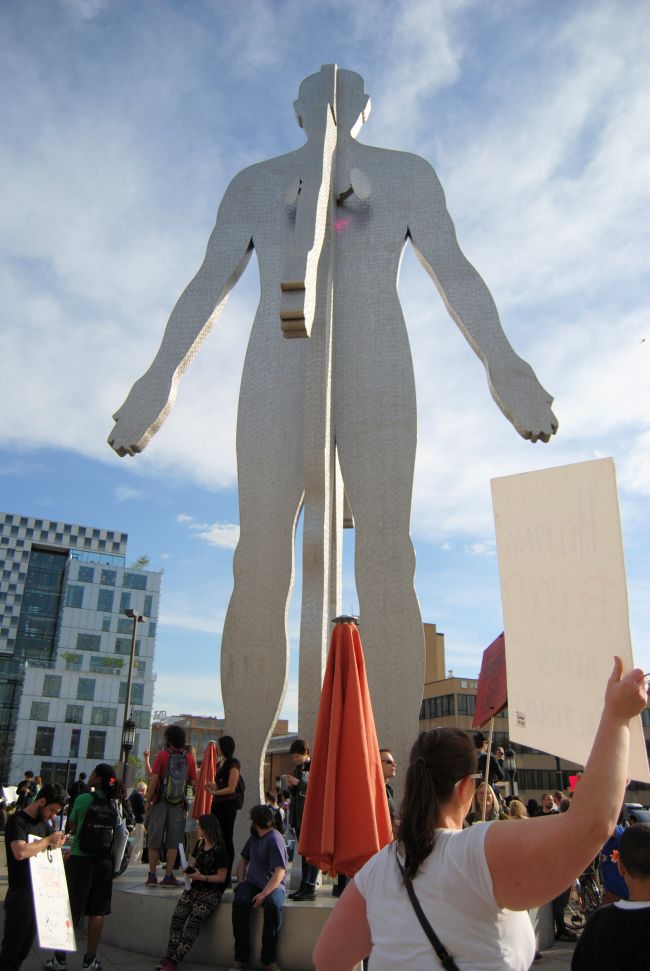 I have absolutely no idea how many people were at city hall, but it was definitely in the thousands. There were reporters from every news team getting as much coverage of the event as they could. I had my picture taken with my positively worded sign dozens of times, and everyone was completely peaceful. 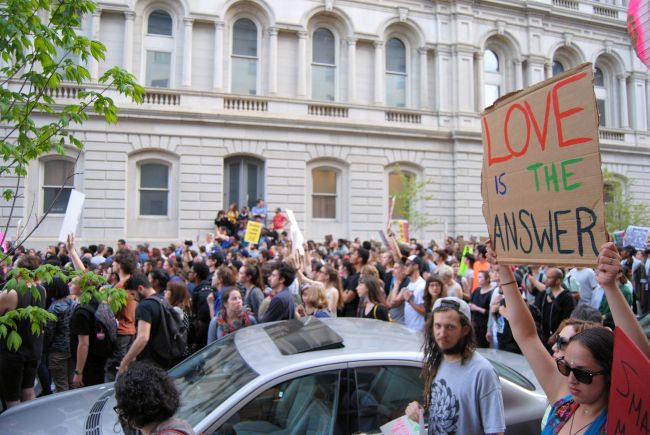 There were tons of people ready to provide medical assistance, as well as handing out free water bottles and energy bars. Everyone was kind to one another, and we moved as a unit down the street. Hundreds of citizens came to their windows, balconies, and famous Baltimore stoops to watch history being made as people of all races and ages walked past their homes, on a mission to spread love, peace, and justice. 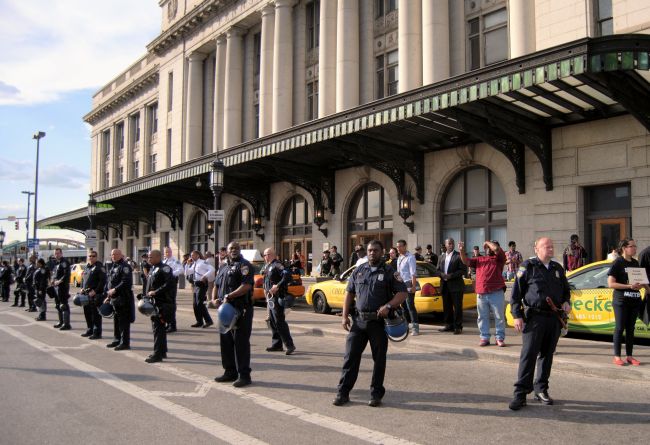 I am extremely grateful that I attended this event. I know there has been a lot of comparison to the riots of ’68, but honestly what’s happening this month is not as bad. In fact, there are areas of the city (like the one Freddy was from, the one I put the guerrilla garden up at) that are still recovering from the riots four decades ago. Nevertheless, I do feel that I was a part of history, or at the very least something extremely important. 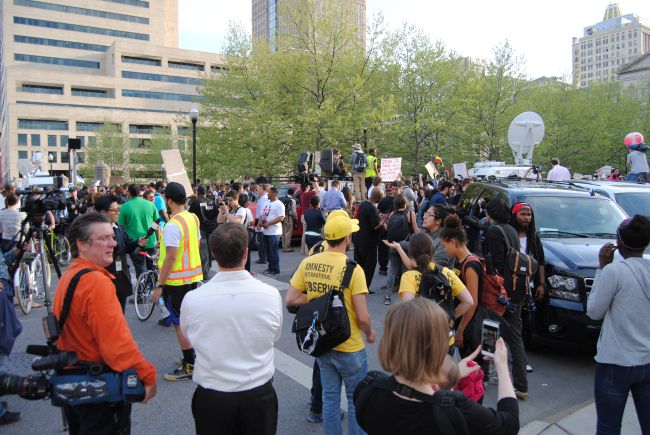 I don’t condone violence in anyway, like I said on Tuesday, but I really do understand why people are so angry. And to an extend I do understand that they feel like this might be the only way they will be heard or noticed. I don’t agree with the behavior of destruction and violence, but I can empathize. 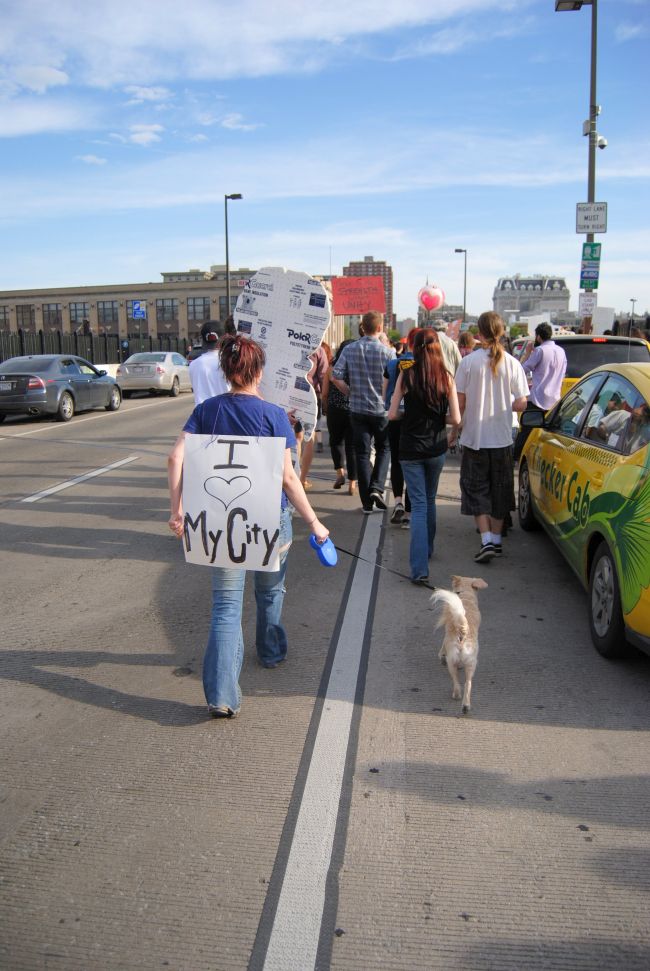 So many stories like Freddy’s have been covered in the news for decades, and the fact that there has recently been a real uprising in the intolerance of police brutality is actually really wonderful. I’m sad that there are parts of our city that have been destroyed, but I’m actually kind of honored to be a part of this movement. I’m in a geographical place where I can provide input and assistance, and for that I am grateful. The issue of Freddie Gray’s death goes much further than Freddie Gray. Injustice and police brutality are issues that go farther than Baltimore, and speaking up and protesting is a good start to creating change. 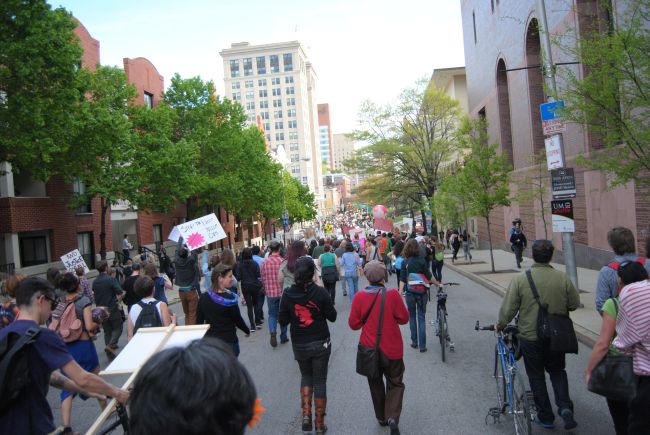 (check out another perspective of us on this street, captured by Kenneth K. Lam)

I’d also like to mention that the media isn’t doing a super job of covering the good stuff happening in Charm City right now. It’s obviously more flashy and attention-grabbing to cover minors throwing rocks at cops (and them throwing those rocks back), but I assure you there is good. People are coming together to clean things up, they are creating human blockades to prevent additional violence and looting, and they are continuing to protest in peaceful ways. I gave “You Are Beautiful” stickers to some police officers, residents looking on through their bay window, and fellow protesters today, and they all accepted them with warm words and open arms. There is a level of kindness in our city that sometimes only occurs after tragedy, and while I’m not thrilled with the way it came about, I’m going to harness and milk it for all it’s worth. 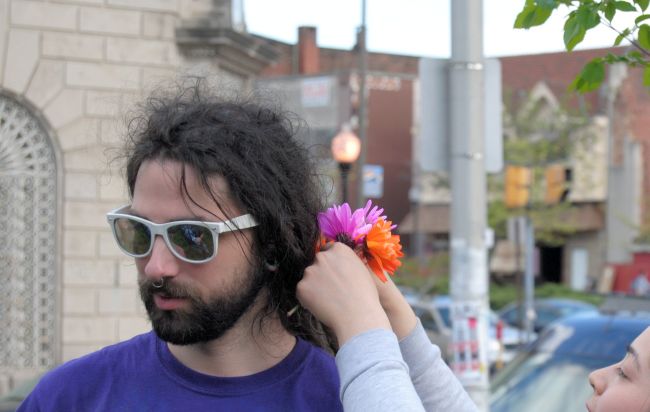 My sign said “Don’t lose hope; Baltimore is beautiful”, and I mean it. I also wrote it outside in sidewalk chalk, and it’s really made its way around the internet. I am going to prove to you that there is good in Baltimore City, even if I end up being the only person creating it (but that will never be true, because humanity is ultimately beautiful). 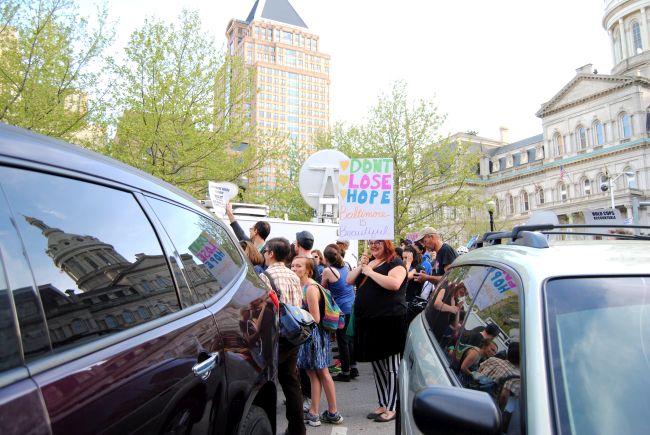 Please enjoy this video of clips from us getting ready and the actual march, but mostly just the insanely awesome dance moves to put a smile on your face.

And on a personal note, I’ve been listening to “White People For Peace” by Against Me! and “Keep Your Head Up” by Ben Howard to even my emotions out, and I strongly suggest this behavior.