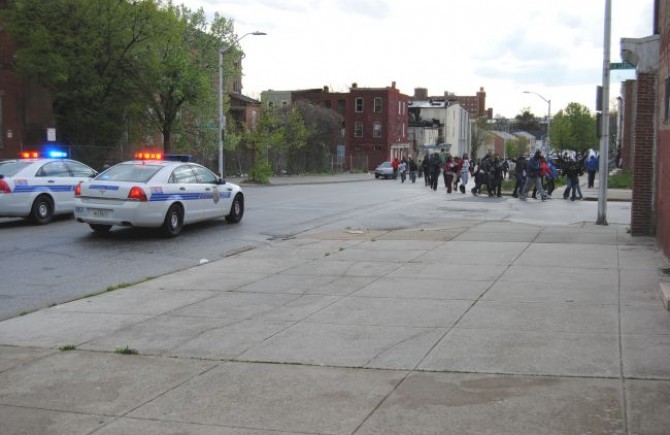 Love Letter To Baltimore (From A White Girl) 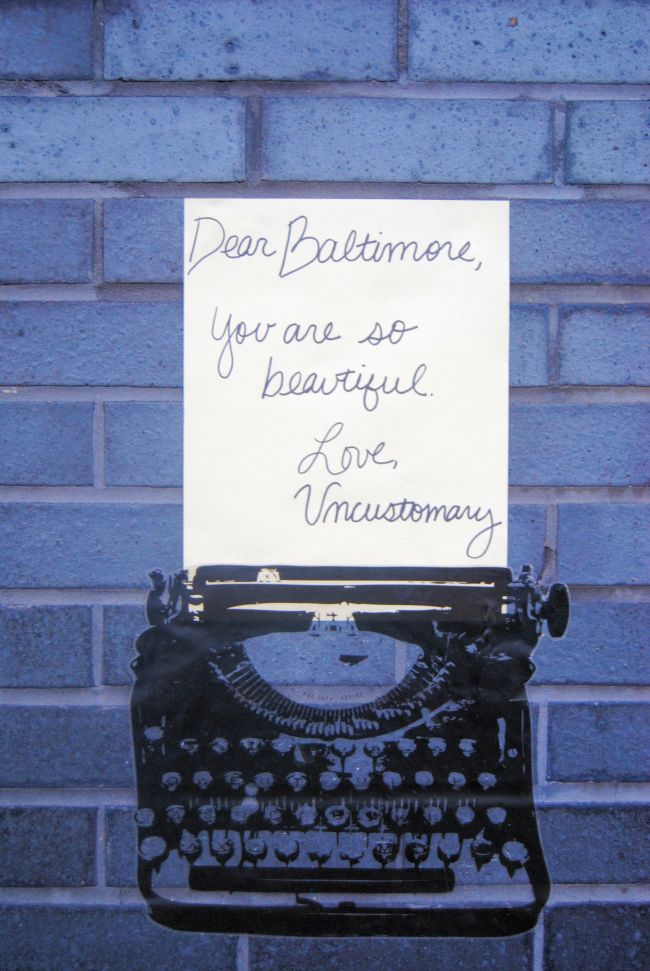 By now, you’ve probably heard about Freddie Gray. On April 12th, the 25-year-old Baltimorean was apprehended after being chased on foot when he fled an area that police entered. The police determined his running was suspicious, and arrested him when they found a switchblade in his pocket. He was transported in a van, where he suffered a medical emergency and was taken to a hospital. He died a week later after extensive surgery, falling into a coma, and having an almost completely severed spine.

This weekend, people hit the streets to peacefully protest Freddie’s death and the issues of racism and police brutality. His funeral was held on Monday morning, and riots began shortly afterward. Most of the people involved in the riots were minors, and they became very violent. They turned over trash cans, looted from businesses and restaurants, and threw rocks and bricks at police officers. They set fire to cars and stores and showed no sign of letting up. The city had a severely ominous vibe as smoke and sirens became a consistent part of the landscape.

I’ve been really upset about everything, and one of the best ways I know to deal with my feelings is to write and talk about them, so that’s what I’m doing. I’m aware that my opinions might not be shared by you, and that’s okay, but I’m going to talk anyway. I’d also like to preface this with the fact that I am white and completely understand that I have not experienced prejudice and discrimination for my skin color on a first hand basis. I’ve witnessed it, and been aware of the complete inconsistencies around me, but I know that experiencing something personally is still a totally different battle. I am aware of the privilege I have of being white, and to quote Louis C.K., “I’m not saying that white is better, I’m saying that being white is clearly better”, i.e. Caucasians are treated better than other races in this country, and it is completely unfair. 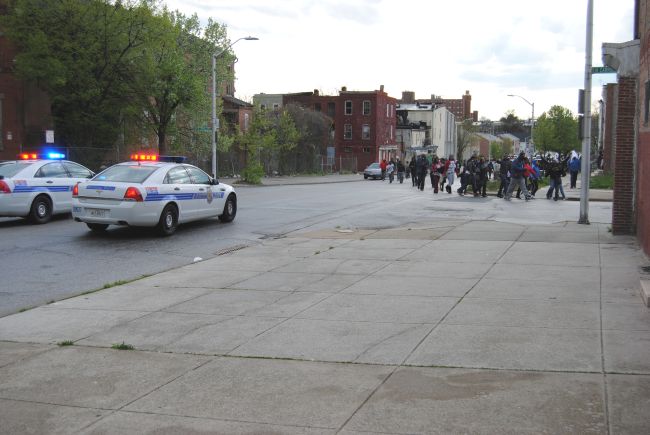 A peaceful protest in Baltimore *

I’ve seen plenty of racism in Baltimore and beyond, from civilians and police. Sometimes I think the ignorance of racism is just as bad as the blatant variety, and by that I mean when someone is called on behaving in a racist way and don’t agree that what they’re doing is such. That just perpetuates the problem. I’ve seen a white and black person in the same illegal situation and get treated completely differently by cops. It’s absurd, and there’s no excuse for it. There’s an unnecessary amount of racial profiling and racism in law enforcement in Baltimore (and the rest of the country, let’s be real). However, this does not mean that all cops are bad.

Saying that all cops are corupt is like saying that all black people are criminals, and getting mad about only one of these umbrella stereotypes is hypocritical. It’s unfair to accuse someone of a crime or arrest them based on the color of their skin, just as it is unfair to revolt against an entire department in violence. Both sides of this fight are doing some terrible things wrong. I think a good example of this was when the rioters began throwing rocks at the cops and they literally threw them back. Seriously? Are we all ten years old?

People have a serious right to be furious about police brutality. It’s wrong, and there’s no wiggle room. Police should be there to protect us, not make us live in fear. It’s good that you’re angry about it, because without emotion there is no passion, and without passion there cannot be change. There are lots of ways to go about creating change, and maybe they don’t seem as quick or drastic as you would like them to be, but they do exist, and protesting in a peaceful fashion is one of them. Have you ever taken the time to actually research Gandhi’s life? Have you seen all of the miraculous progress he made without lifting a finger in violence? It’s possible. Maybe it’s less feasible in today’s world, but it’s not out of the question. But let me be clear: there is a difference between protesting and rioting. 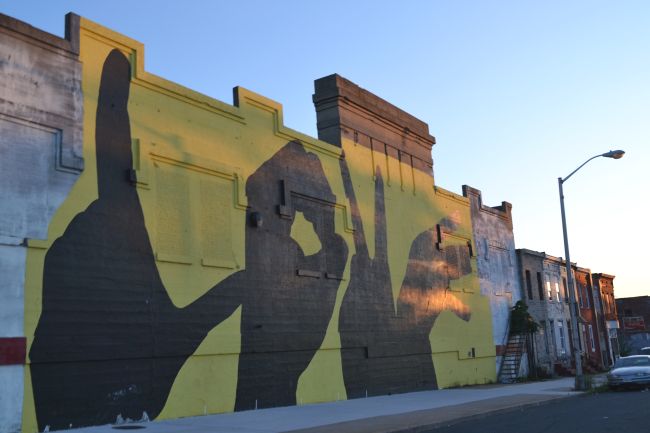 I’m all for the people taking matters into their own hands. Lots of important change has been accomplished this way. But retaliating about the senseless murder and violence against black people by more senseless acts of violence is silly. It’s not helping anything. It’s taking away from the people who are peacefully protesting. It’s taking away from a day that should have been sacred for Freddie and his family (who specifically requested that there be no riots, especially on the day of his funeral). It’s taking away from the morale of the city. Destroying your home is not helping anyone. And those cops you’re throwing rocks at? Some of them just want you to be safe. Some of them joined the force to protect the masses and maintain order. Not everyone is evil. ALL lives matter.

I know you’re angry. I’m angry, too. But that doesn’t mean that setting a CVS on fire is the correct response. We all do shitty things when we’re enraged, but think before you act. Lighting that match is creating a state of hysteria. It’s damaging merchandise someone could have bought and taking money away from a company who did nothing to hurt you or this situation. Your neighbor might have to find a new job now while that building is being built because you couldn’t control yourself. That’s fucked up.

I sincerely hope that the violence that has already occurred is enough to draw attention to the change that needs to happen, and has needed to for a long time. Revolution does come at a price, and I am very grateful no one has died in the rioting. I just wish there was another way.

No one wants to hear what a white person has to say about this, and that’s kind of fair. I’m not the one who has to fear law enforcement everywhere I go. In fact, I’m so aware of the inconsistency that I know that I can get away with things like guerrilla art installations very easily because I’m just a white girl. I’ve been sewing a yarnbomb on a pole that is not my property while I watch a black man be stopped and frisked for no apparent reason. The system isn’t great, and there needs to be a change. I recognize that, and I am extremely sorry for the pain that is inflicted upon innocent people every single day.

On the first day of the protesting I made a garden with my friends in the neighborhood of Baltimore that Freddie was from. On the day of his funeral I held an impromptu muffin eating contest on a street corner (more to come). And for the rest of forever I will continue to write my love letter to Baltimore in the only way I know how, by doing fun stuff and interacting with my friends and community in unusual ways.

A lot more information, photos, and video footage can be found online about Freddie Gray’s arrest, death, funeral, and the subsequent protests and riots. If you need help obtaining any of this literature, please e-mail me and I will direct you to it.

You may also be interested in Baltimore Protests: A March For Love + Justice