Yarnbombing By The Train Tracks

I’ve come around from my “only big installations” announcement back in April. It was really fun to finish projects like the pyramid and the rainbow tree, but it’s still really important to me to add little pops of wonder and color to a wide assortment of areas. I really do want to spread joy as much as possible, and maybe that means tons of little actions that come from the same place of hope and kindness as larger efforts.
Anyway, that’s my introduction into this yarnbomb I did on the side of a set of train tracks in Baltimore (on Falls Road). I used an entire skein to make different sized rectangles to sew around a pole. 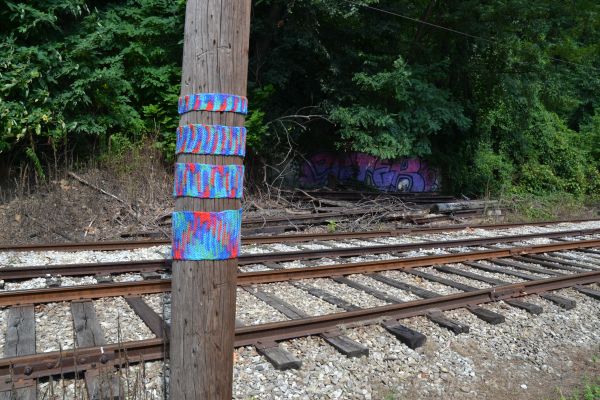 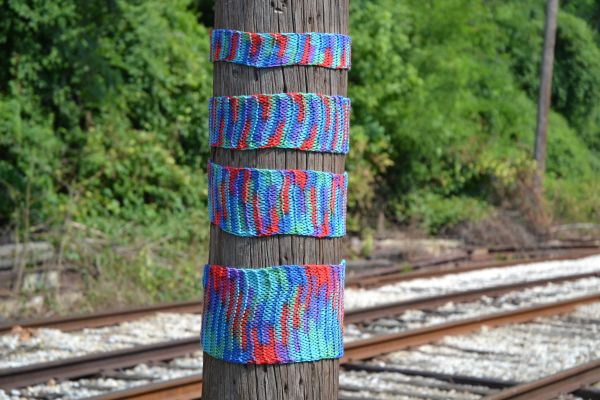 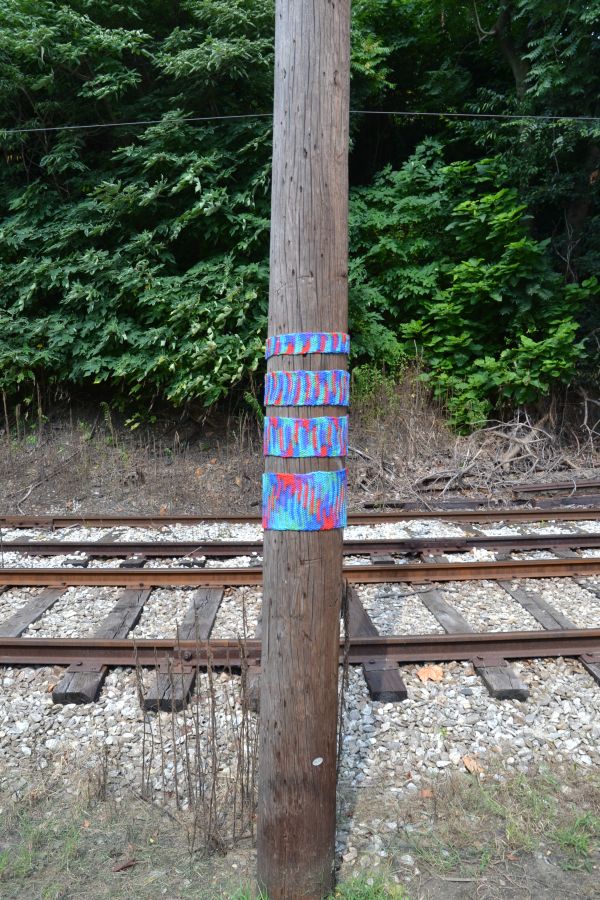 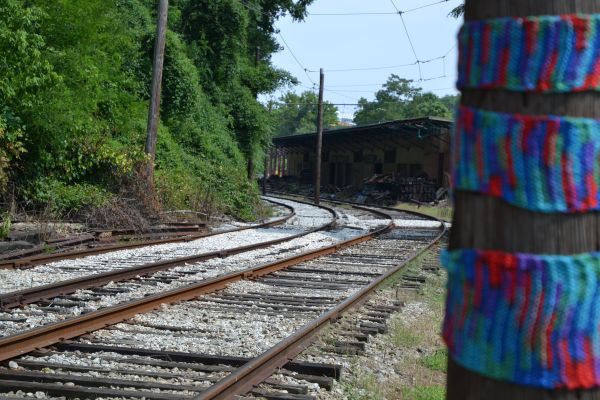 I liked that there was a bit of graffiti in the background. There’s something really wonderful about train tracks. One of the trains that runs along these tracks rode by while I was installing it, and that was a pretty fun feeling. I wish I would have been able to snap a picture of the actual train, because it’s a really unique shape.
Bonus: That same day I also did another little yarnbomb in Hampden, while I was passing out Human Rainbow flyers. I really like the idea of doing multiple yarnbombs on the same pole, even if it’s just a small little accent. 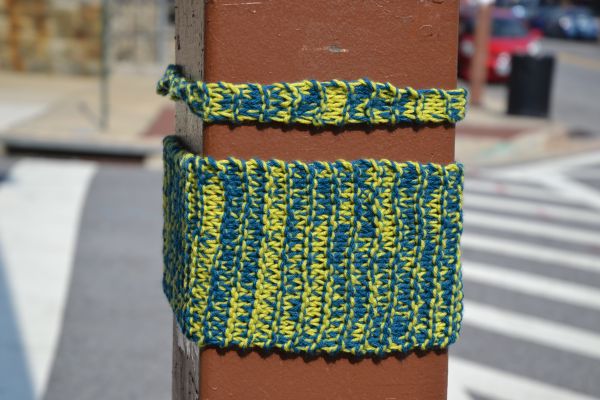