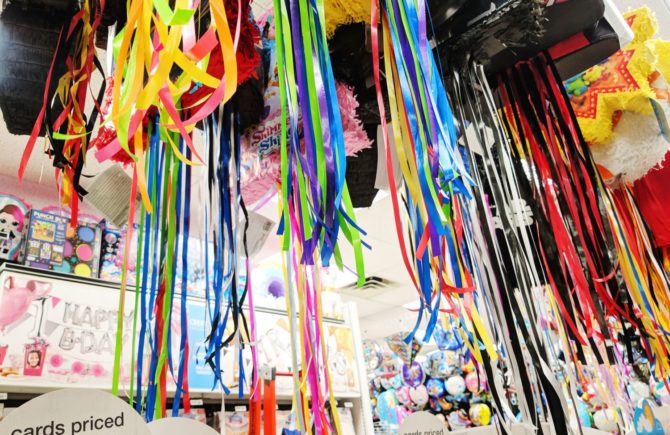 Hey babes! Not too much has happened the past week. Joe’s friends ended up not coming up (someone stole their license plate!!), but we did have a wonderful moon gathering and have had some good days out in the hot days of August in Baltimore. I’m definitely feeling the shift of wanting to get into work mode, and that’s for sure a good thing for me. I have a bunch of things I want to get accomplished and I’m happy to be looking at it in reasonable batches, chunks, and making Micromovements…. Did you see the new big thing?

I started a weekly video series called Supersonic Self-Love! The first episode is up, stay tuned for episode 2! Alan wearing his crown to celebrate his birthday When it’s not just enough to match your outfit to your motorcycle, so you match the gas station (he was super happy when I pointed this out to him, too!) A new duck in the house [Extra Sparkle] * Delivering birthday presents * Seeing Maura for the first time in foreverrrrr (before she went away again!) * Learning about Jyotisha astrology * Watching “Hook” and honoring Robin Williams’ memory (did you check out the Lost Boys Food Fight I did back in 2014 to honor his life?) * Doing long overdue things * Dyeing my hair back to red (thanks, Joe!) * The feeling of completing a series * Bright pink toenails * CBD lip balm * Tapping on completing tedious tasks (and it starting to work) * Naming new things that come into our house with Joe * Starting a new video series * Getting more organized * Redoing my personal altar * Comedians In Cars Getting Coffee * Sleeping like a rock * How much I relate to some of Mimi’s aesthetics from the Drew Carey Show * The Pet Collective channel on YouTube * Keeping track of my Micromovements in my journal * Deciding to leave pink post it notes all over the house thanking Joe for the things he does for me, on the thing he does (like — thank you for cooking me delicious meals — stuck on the kitchen counter)