A few hours after I heard that Robin Williams had died, I knew that I had to dedicate my next event to him. One of my favorite movies he ever did was “Hook”, so I decided it would be fun to recreate the food fight Peter Pan has with the Lost Boys. 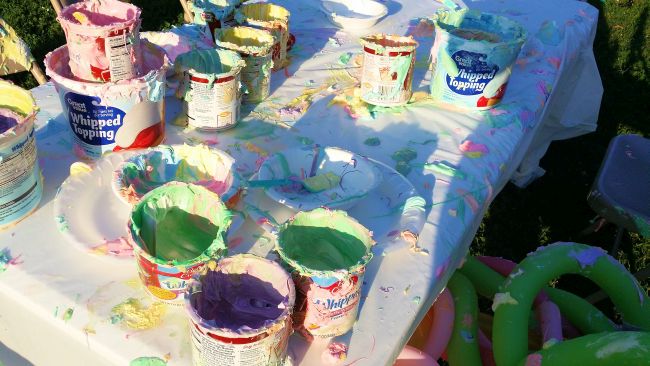 I bought dozens of cans of frosting and cool whip, and was surprised by how much time and effort it took to work all the food dye through each one. I lugged them, a table, chairs, and plain paper dishes to Patterson Park to wait for participants. Lots of people texted me within the hour to cancel, as often happens on beautiful Saturdays, but April and Sean came to play and that was perfect.

Due to the messy nature of the fun, there really aren’t that many photos; most were taken towards the end. But between them and the video you’ll get a good idea of the kind of Sloppy Saturday we had together. 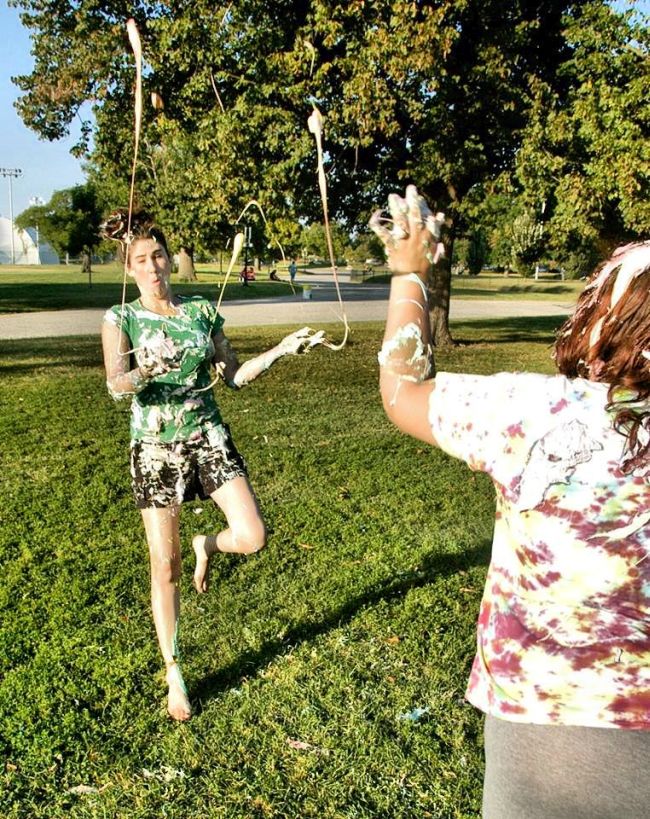 True to form, we began our meal without food. The beauty of the scene in question (and the theme of “Hook” in general) is that you have to use your imagination. At first, the Lost Boys are chowing down and Peter is frustrated and confused. He’s hungry, damnit! Where’s the food? Oh, it was there all along. 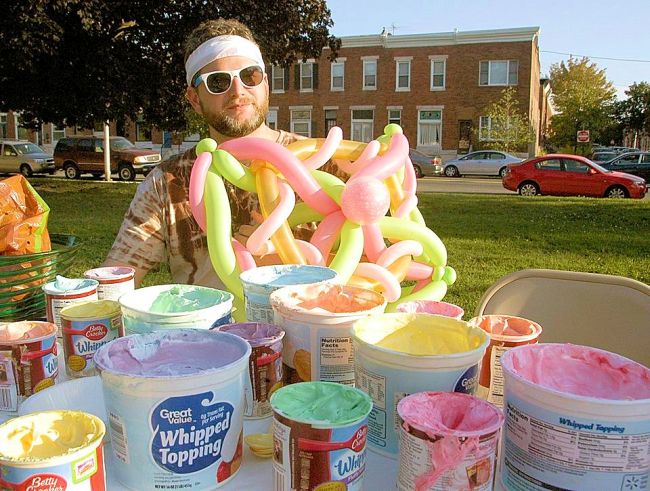 We had conversation over our “empty” bowls until things eventually shifted. Rainbow sugary treats appeared, and we began to play. It began as simple spoon flinging, and escalated to us shoving our hands into the cans like they were bear claws. We even ran over to play near some kids so they got a show. 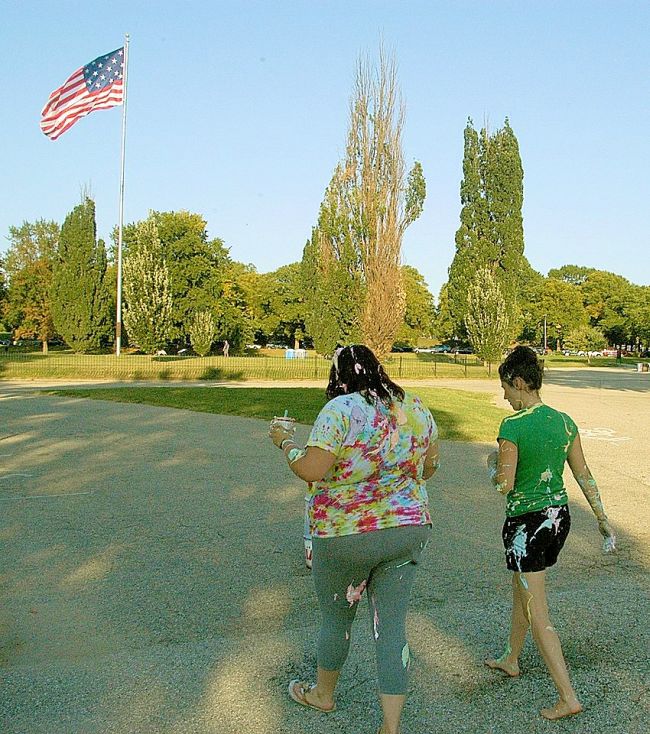 At the end, the ground looked like unicorns had pooped all over the place. 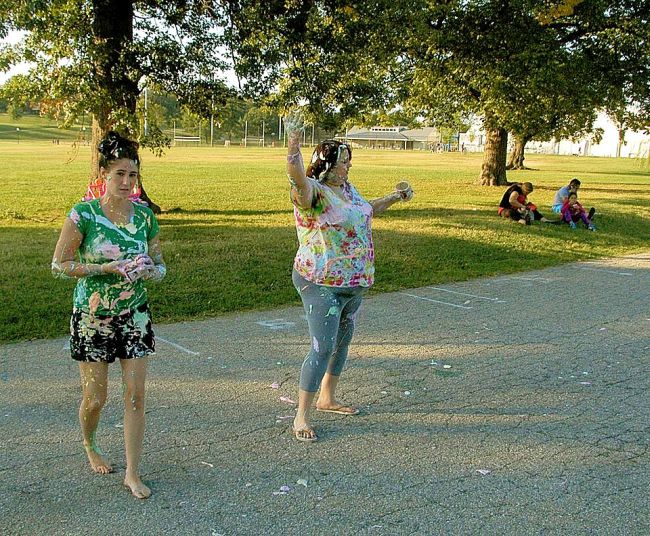 Have you ever high fived someone when both of your hands are covered in frosting? I recommend it. 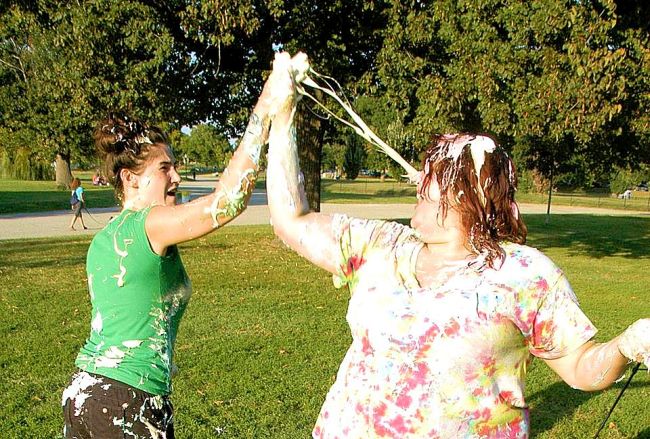 The video footage you’ve been waiting for, to the original score from “Hook” by John Williams.

Have you ever had a food fight? I’m excited I got to cross this off my bucket list.