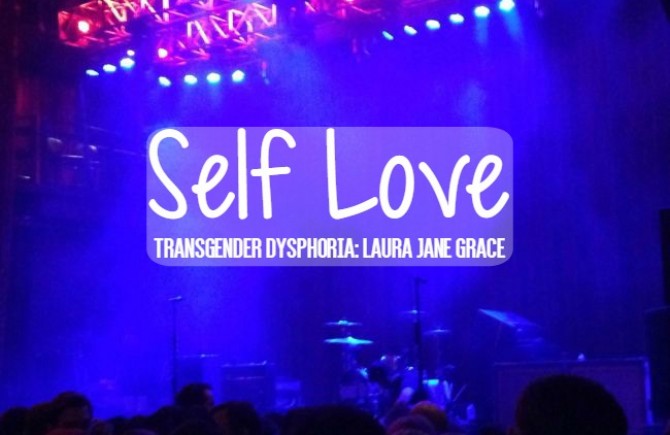 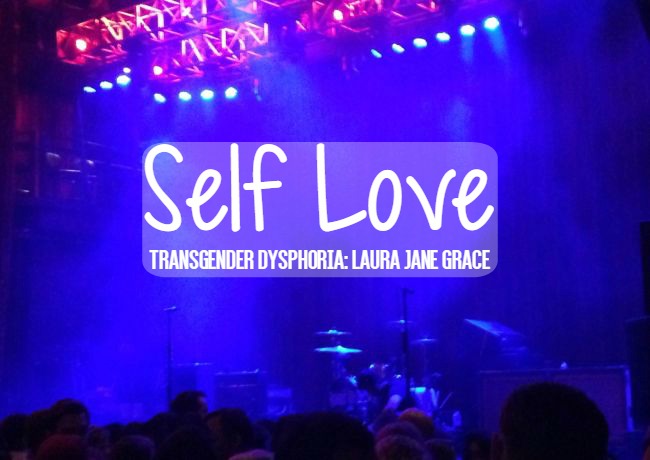 Part of self love is accepting yourself for who you are.

We all struggle with finding a balance between self love and self improvement. If there is something you want to improve about yourself like your muscle tone, tolerance, or organizational skills then go for it! There are things about yourself that you couldn’t change if you wanted, though, and there are some things you are pressured to suppress to appease other people like your body type, your introverted tendencies, or your gender identity. Don’t give into pressure. You are you, let that you shine.

Coming out as any sexual orientation other than heterosexual is still something that isn’t easy because of the stigma attached to it, as well as the fact that there are laws in place that prevent non-heterosexuals from having equal rights, but we’re slowly getting more accepting as a society in America. Coming out as transgender is something that continues to be even more difficult, as there is still an enormous amount of hate associated with the term. I don’t personally know what it’s like to grow up in a body that I don’t feel is mine, and I honestly can’t imagine the cognitive dissonance and inner turmoil associated with it, but I appreciate every single person who has come out and their loved ones who embraced the news with open arms.

Transgender Dysphoria is the term used to describe someone who is born with the body and genitalia of one gender, but truly feels that they are, instead, the other gender. More than that, they wish they were. There are, however, several types of trans-oriented people, and can be categorized differently from a pre-op trans women and men categorization.

In our culture, it becomes about so much more than reproductive organs and sexual preferences, though, because from a very young age we still gender-code absolutely everything. There are Boy Colors and Girl Colors, Boy Toys and Girl Toys, crying is for girls not boys. Girls do housework, boys do yard work. These little differences begin sexist tendencies that are instilled from childhood and go on to affect aspects of adult life. Men are doctors, women are nurses. Men should be tough and muscular, women should be thin and smooth, etc. This means that a child born with a penis might be encouraged to play with cars, wear blue, and hide his feelings when all he really wants to do is grow his hair long, wear dresses, and finally be called a “she”.

We’ve recently had a lot of talk in the media about Caitlyn Jenner, which is obviously an interesting time in our world, if only because of the attention it got due to her level of celebrity. I could get into a long post about the hate we witnessed on the internet and in real life conversations, or how the talk immediately turned to sexist commentary about Caitlyn’s body and clothing now that we feel we can objectify her, but I actually want to focus on another public figure who experienced Transgender Dysphoria and is a personal hero of mine. 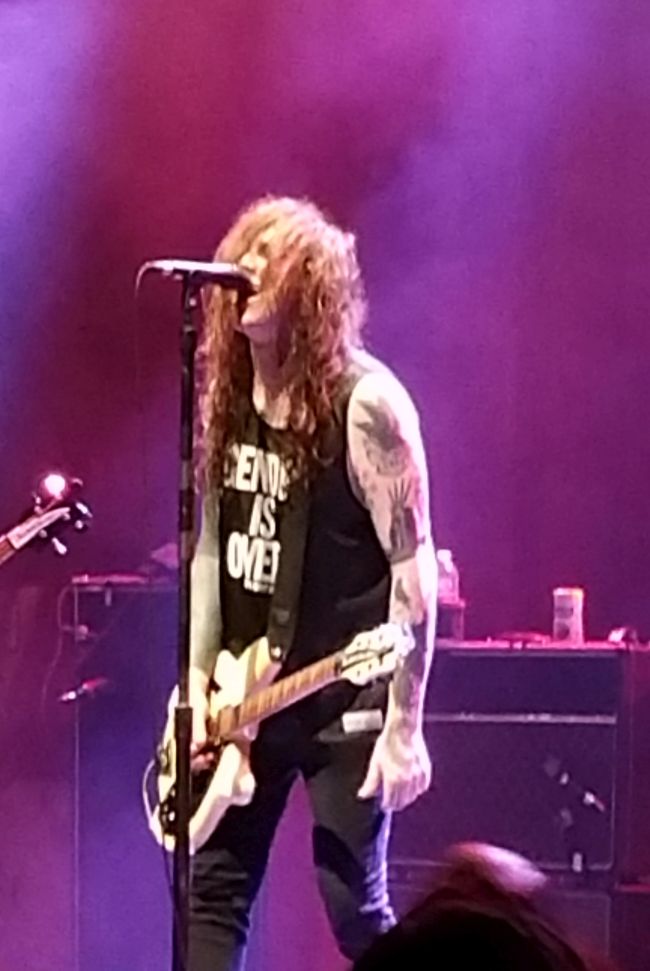 Laura Jane Grace is the singer of my favorite band, Against Me!, and it’s no secret I love them and her. When I first started listening to Against Me! she was known as Tom Gabel, and to be honest it was slightly difficult for me to transition my jargon to make sure I said “she” instead of “he” and “Laura” instead of “Tom”. It wasn’t an intentional disrespect, just something that took time for me to retrain myself. She released seven albums as “Tom Gabel” with her band mates before coming out to them, her wife, and the public. There were hints in her lyrics like, “What God doesn’t give to you, you have to go and get for yourself”, as well as some not-so-subtle ones like, “If I could have chosen, I would have been born a woman. My mother once told me she would have named me Laura.”

The most recent album Against Me! put out is actually called “Transgender Dysphoria Blues“, and it is a piece of history. It’s one of the only musical works I know of that addresses the issues of the transgender culture on a real level. I can selfishly admit, as a fan of their music, I was worried that Laura’s transitioning would alter her voice, or that at the very least the musical style and vibe would change. I was wrong, though. I was really wrong. 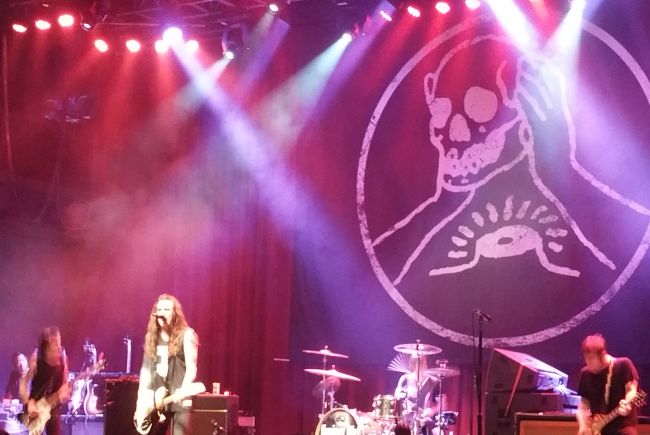 On my birthday this Sunday, I went to see Against Me! at the Fillmore in Silver Spring. It was hands down the best show I have ever been to. It’s not because it was my birthday, or that I was standing next to my favorite person in the world, or that during the show Joe tapped me on my shoulder to show me that my birthday wish (of reaching 2,000 likes on Facebook)… although it helped, it was because of Laura.

Against Me! is a punk band, and with that genre comes a lot of angst. The people that grew up listening to this band were largely rebels, punks, and revolutionaries. Some think these people don’t care about anything and wear all black to get attention, and while I personally can’t vouch for all “punks”, I can tell you that most of them actually care a lot about something. I can also tell you they’re angry, like they should be. Remember how I shared my thoughts on what was going on in Baltimore this Spring? I said “You’re angry, and you should be”. There are tons of issues in this world that are overlooked or glossed over due to privilege. If it doesn’t affect the powers that be, they aren’t motivated to change anything. That’s fucking terrible, and it’s important to stand up for what’s right. 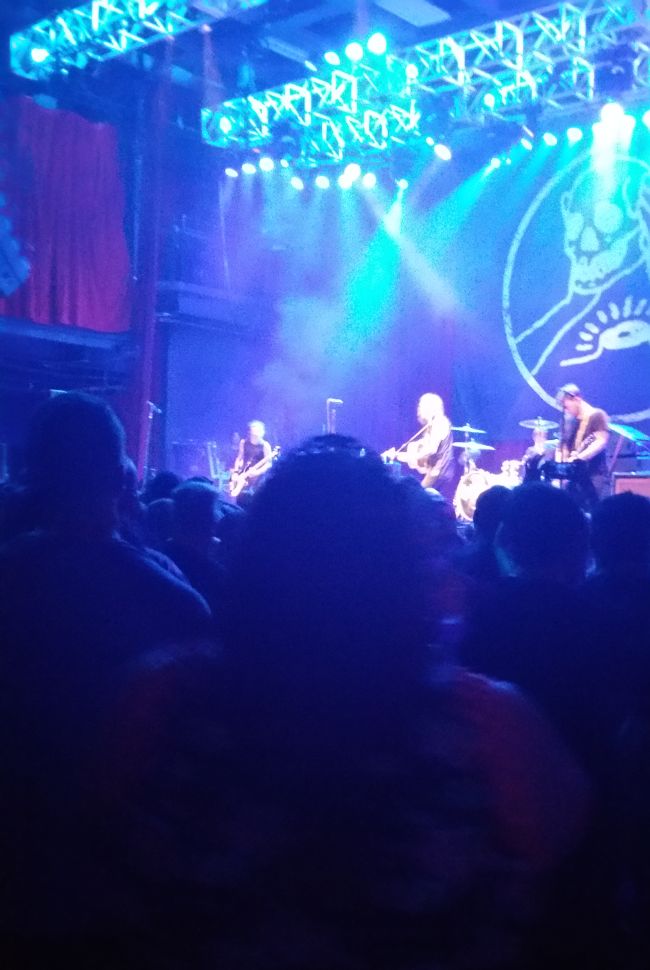 As I stood in that audience, waiting for my favorite musical group to take the stage, I looked out over the crowd and realized that there were a lot of long-time fans there, as well as new ones who were inspired by Laura’s relatively recent coming out, and overwhelming support of the LGBTQ community. I noticed, also, that fifteen years after this band began, the vibe at the venue was a little more zen than it would have been in the beginning. I only even counted two mohawks in the entire crowd, and three people came up to hug me after seeing the colorful ribbons in my hair; not exactly 2003 style. A little part of me began to worry that the fire might have been dying.

Two songs in, and we were jamming out to an old hit from back in the day, and I felt the intensity start to build. Four songs in we were crowd surfing and I felt the power and anger I craved from these people. I want them to care so much they continue to change the world. I know it seems like I’m getting a bit off track here, but I have a point. Seeing Tom Gable perform was a different experience. He seemed much more angry, and why wouldn’t he be? He felt like he was trapped in a body with no escape. But as Laura began singing songs she wrote both before and after coming out, I started crying. She was smiling. She smiled the whole damn time. She was always passionate, but that night she radiated all over the stage. She sang through her now lusciously long hair with a full-teeth grin, those same words she wrote a decade ago, and none of the fight was lost.

Self love is knowing that even though you’ll face an enormous amount of struggle, you should come out as the person you are. Self love is encouraging others to do the same. Self love is sharing your story, knowing it could help just one person. Self love is accepting your social tendencies, sexual orientation, and body type. Self love is coming out to your band mates and them saying “Cool, did you want to get back to practice?” Self love is declaring your love for yourself to the world. Self love is a shirt that says “Gender Is Over”. 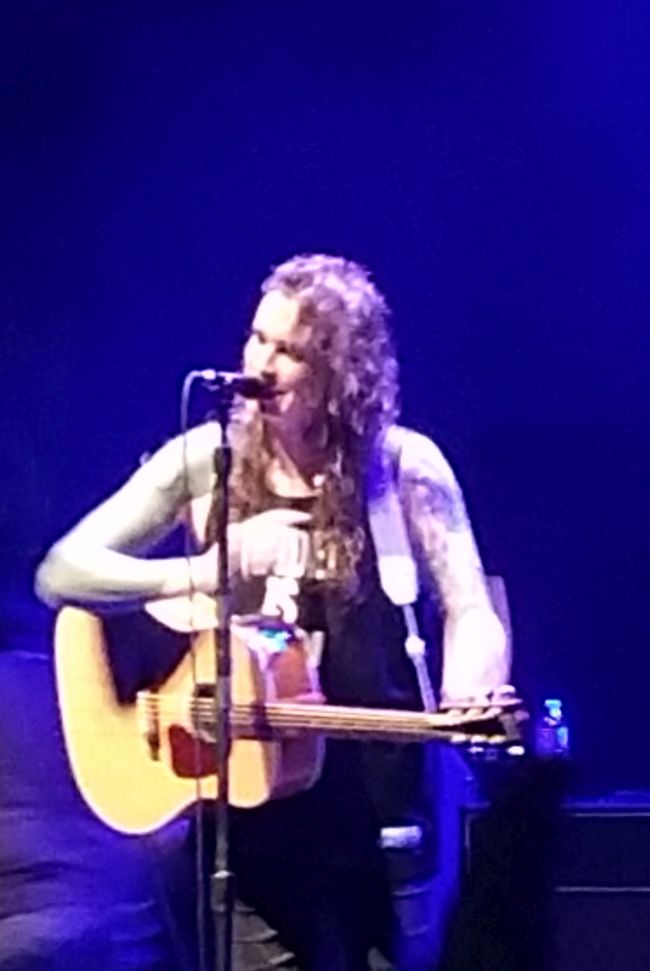 I have a condition called costochondritis that becomes exacerbated when I’m around very loud music, which means I don’t get to concerts as often as I’d like to because of the pain. I almost fainted at one point in the show, but I stuck it out. Any other circumstances would have allowed me to leave, but I couldn’t because of the utter joy on Laura’s face as she played back to back songs for an hour and a half like nothing ever changed. Because really, the only thing that did change was a pronoun and a giant sigh of relief that she can now be who she truly is.

Covered in glitter, my hair completely soaked through with sweat, I cried for a half hour after the show ended. It was the most beautiful experience that made me feel I had witnessed a miracle. It also made me realize that mohawk or not, we can all change the world, and it starts with acceptance and love, not just for each other, but for ourselves.

I leave you with some gorgeous lyrics of hers, from a song called “T.S.R. (This Shit Rules)” 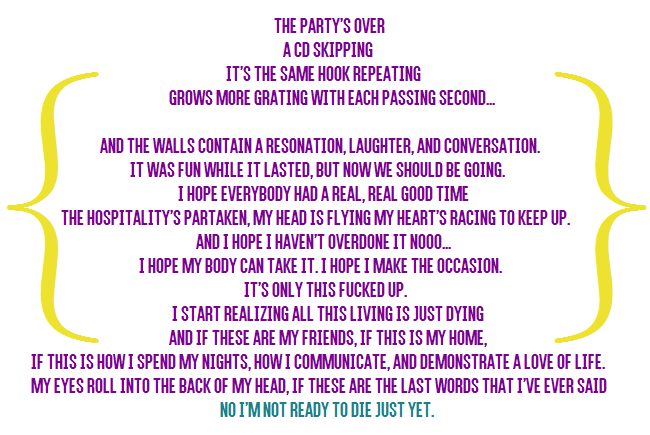 [edit] The Supreme Court has legalized marriage for those of all sexual orientations in the United States!!!!!