We’ll start off easy this week! A cute but sassy bunny: 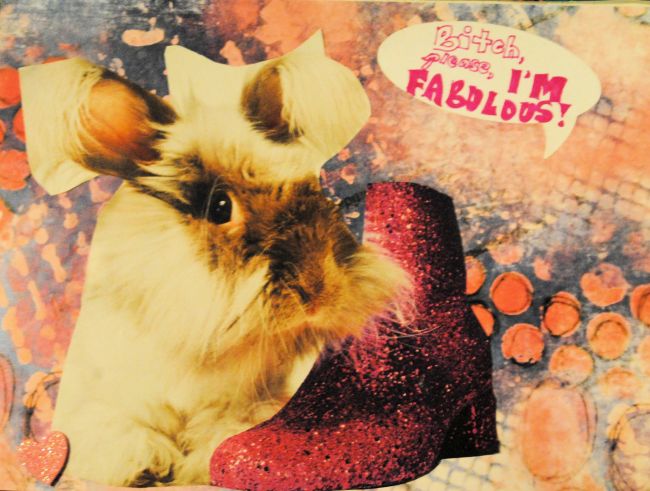 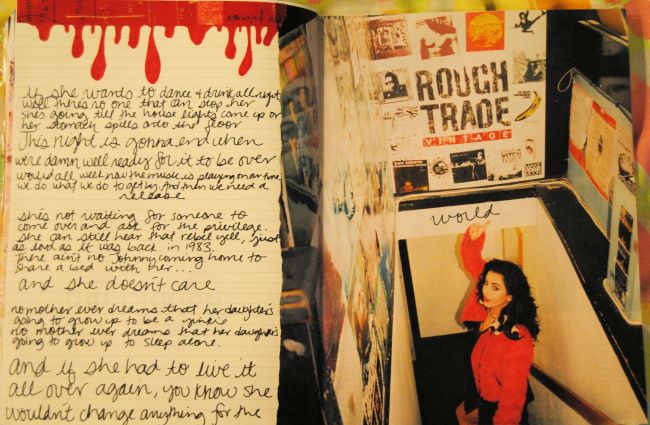 It’s been another week where an Against Me! song has been stuck in my head on repeat. You might remember, it was “I Was A Teenage Anarchist” before, and this week it’s “Thrash Unreal”.

It’s been on my mind so much lately that I actually added the music video to the bottom of a recent post where I confess a lot of things that prove my life isn’t all rainbows and confetti, and now I’m sharing some art journal pages, where I’ve written out my favorite parts to the song. (Full lyrics) 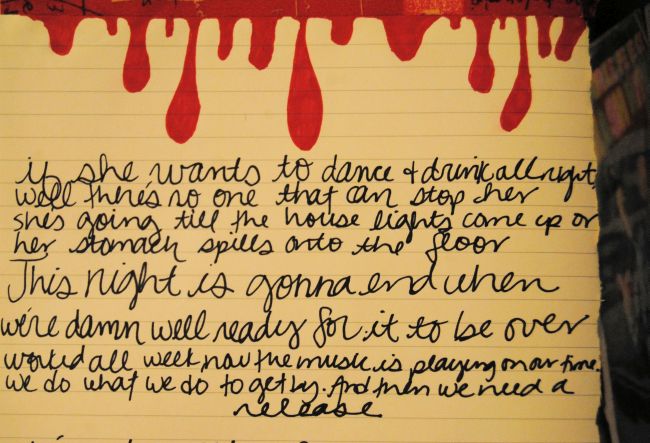 The song appeals to me for many reasons. I like that the story about this girl is something most people would decide is a bad, negative thing. Drugs that leave track marks, the “wrong” guys, and minimum wage jobs. Those are things we’ve decided, as a society, are undesirable. But then at the very end it comes back and says that she wouldn’t change anything for the world. It’s a reminder that we can live our lives the way that we want to, because at the end of the day, you’re the only one who has influence over your decisions, preferences, and values.

I also really like the fact that the girl they use to portray her in the video isn’t anything like you thought she’d look like, which is a reminder to me that you never know exactly what people are going through and appearances mean next to nothing. 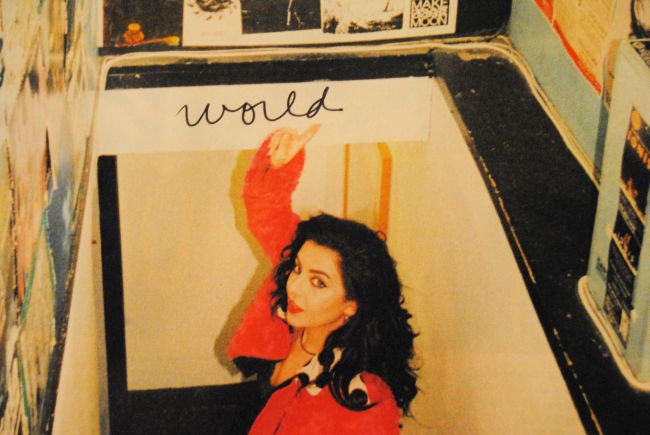 The video is amazing, despite the poor acting of the featured girl. But when the wine falls down on the band through the ceiling, as that aggressive voice belts out the lyrics in such a raw, raw way… I can’t not feel infinite. (Ahem, 2:52.) And I dare you to not sing along to the “ba ba ba, ba ba ba da da” during the chorus.

Get Messy is an art journal challenge where a gang of crafty vixens are sharing art journal pages we have created to practise our skills and push past our creative limits with hopes to inspire. We share our pages without restraint every week, and once a month we create around a prompt. Go check out these crazy talented ladies who each have a unique perspective and style. We will be sharing our work around social media so follow the hashtag #getmessyartjournal
in Art Journal 20 Nov 201420 Nov 2014 2 comments
Share
Post tagsget messy