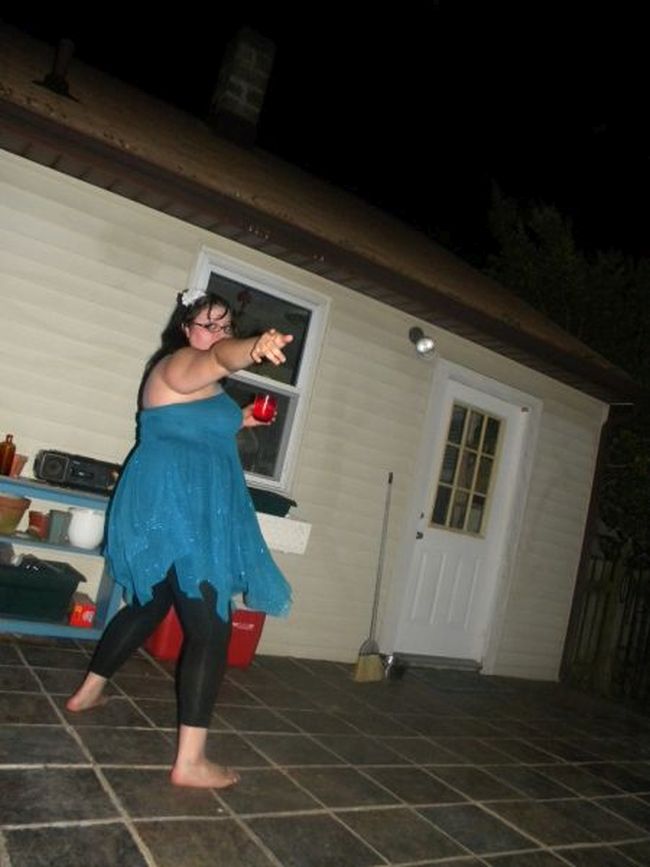 Sometimes I worry about the way I’m perceived online. Not in a “I want people to think I’m awesome! Why don’t they?!” kind of way, but I’m concerned that the things you have to go on about me don’t give you a full and accurate depiction of myself.

When you put tons of your life on the internet, people form opinions, they ask questions. It’s all fair. We’re human, we’re curious and judgmental. And my intent with the blog and my online “persona” is to provide happiness. At my core that’s who I am, it’s what I feel like I’m meant to do. But there’s a lot more to me, and I don’t want you to get the idea that my life is 100% throwing confetti in the air while twirling around, carefree.

I’ve made it known that I’ve had mental health issues all my life, and ultimately they’ve been a blessing. They’ve sucked. They’ve sucked the life out of me sometimes, actually. But I’ve learned so much about life and myself through them, that I can’t help but be grateful. There are certain things that you are truly never going to understand unless you experience it for yourself, and I believe that mental illness is one of those things. (Not to say that people with loved ones struggling with mental illnesses don’t suffer deeply, too.) Having disorders has affected a lot of my experiences and behavior. It’s one of the things that first gave me the feeling of rebellion, of revolution.

Rebellion and revolution are actually two very different things. When I rebel, I do things simply to do them. I tested boundaries, I pushed limits. I wanted to get in trouble. Revolution is kind of the underlying desire I have for us all, and it’s why I talk openly (in person) about issues I think are extremely important.

Most of the things I’m going to admit today have no place on my blog. This is a one time kinda thing, something we can refer to for reassurance. Yeah, my floor is covered in glitter and bright paper scraps, but I’m also covered in scars of experiences, fuck ups, and real world concerns.

Many of the phone calls I receive from friends start out with “Okay, I have to tell this story, but I feel like you’re the only one who won’t judge me…” If you promise you can put on your objective hat and not judge me, feel free to read on. 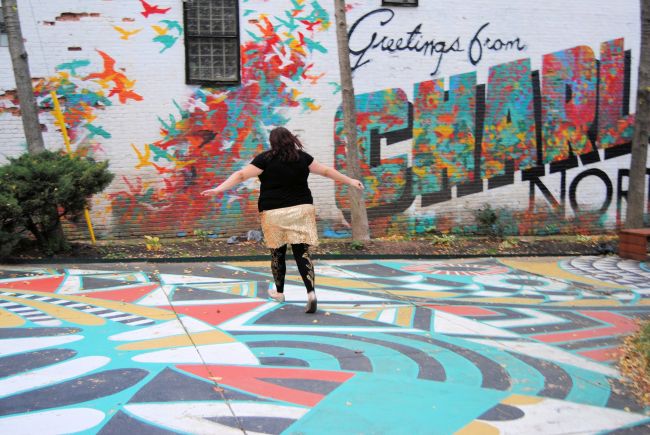 I can’t sleep. The idea of sleeping seems very close to death to me, and I dislike it. I get scared about not being able to wake up. But I have a very hard time getting up once I actually do drift off. I do not spring out of bed, ready to take on the day. The amount of times I’ve fallen asleep while peeing first thing in the morning is astronomical. I also hate sleeping in front of other people, especially guys I’m dating. It’s way more intimate to me than sex is, and I strongly dislike how vulnerable I am during it.

Sleeping with guys is another story, though. Sex is super important to me, and my friends are tired of me making everything about sex during conversation, but I’m the first person they come to with a related story or question. I honestly have no idea how many people I’ve kissed at this point. It’s excessive. And it includes women. I identify as straight, but I’m so attracted to women that multiple people have assumed I’m bisexual and have been so confident about it that they introduce me as such without confirming the label beforehand. I’ve slept with men the day I meet them, I’ve done a hallelujah dance that Plan B is over-the-counter, and I’m not a stranger to slightly subversive styles.

Consequences of sex is a topic of its own, too. I’m extremely pro-choice, and will fight desperately for any woman’s right to choose. Imagine the farthest left you can go on this issue, and that’s my political stance. And something else I’m going to lump into this category is domestic issues. I’ve had experiences with oral rape and violence. There have been instances as long as over a decade ago and as recent as 9 months ago. When these types of incidents occur, I retreat into myself and forget what I’m supposed to do. I become the most introverted version of me and kind of shut my eyes till it’s over. Outside of those situations, I’m incredibly strong and opinionated on how wrong any type of unwelcomed sexual (or violent) act is, but it’ a different ball game when I’m actually dealing with it. The negative things that have happened to me still affect me to this day, although not as much (but only because I’ve made an effort to confront the issues head on).

I hate the insides of our bodies. That sounds weird, but they creep me out. I dislike blood, watching medical shows, or even hearing about procedures. I’ve fainted in doctors rooms when I wasn’t even being touched, and had to be woken up with smelling salts. It’s strange that it creeps me out so much because not only do most of the people that I love the most not care, but they have careers that require them to deal with bodies directly.

I’ve done a fair amount of illegal things. As a teenager, I shoplifted a lot. I would steal hundreds of dollars worth of things I didn’t need just to see if I could. I was extremely good at it, and got pretty ballsy, taking things like entire shag carpet rugs, electronics, and walking canes (none of which I needed). I also stole every “Boys Locker Room” sign from every high school in my county (my dance team traveled). I’ve done a few drugs, some of which were in a very non-classy way. I prefer to drink white zinfandel Sutter Home wine directly out of the bottle, and have put said bottle in my car’s cup holder. I’ve spray painted on private property, I text and drive like it’s my job, and I’ve lied my ass off to cops. I’ve broken into buildings and have physical scars to prove it.

When I was into self-mutilation, I burned a boy’s name into my hip, even though my main MO was to cut. Neosporin got rid of the scar. I’ve tried to kill myself, and my parents used to scream at me that they couldn’t leave me home alone and go do anything because they were worried I was going to try to commit suicide. I had to ask to go to therapy for the first time when I was 15. I’ve thrown prescriptions in the garbage from a psychiatrist. Sometimes I get triggered by things out in the world and rituals I’ve worked for years to remove from my life come back like they never left. I used to straighten every single movie in Blockbuster. I would scream if you tried to get me out of there before I was done. And then I would cry.

Sometimes I wake up in the middle of the night and cry about humanity. I think about the horrible things that I know are happening, and I just cry and cry. Hearing people or animals in pain hurts me, too. I don’t believe that just because someone is in your family means you have to love them. I eat full pasta dishes after 2 am a couple times a month. I’ve been anorexic, and had severe body issues. I believe myself to be an empath, and I’m extremely interested in furthering those gifts. I’m really good at lying to strangers, but not at all to people I know. I have an absolutely terrible poker face around people I care about. I know how to play poker but I can’t bet, and not just because of facial expressions; I honestly just don’t understand it. I can’t cook at all. I can only use the microwave, and I break them on a regular basis. I really don’t mind being naked. When I worked retail, I don’t think I ever made a week straight without calling out or making up a bogus excuse to go home early. I didn’t talk to my mom for four years.

Anything in life that harms someone else or prevents them from living life in the way they want (as long as it’s not hurting someone else) makes me irate. I think the fact that we can choose to be who we want is beautiful, and I commend people who do so. Be true to yourself, always. Own your experiences, because if nothing else, you learned something. I don’t say I don’t have any regrets, because I do. It’s healthy to, it means you’re growing. Knowing that you don’t ever want to do something again is actually really empowering and important for your development as a fully formed human. And you don’t have to do things to say you’ve done them unless you want to. You are you, and that you is fucking beautiful. And the me that you know is still the same me. I can do all these things and still wear tutus that are too big to fit in the front seat of your car. I can have these stories and still leave a trail of glitter behind me.

If you have any questions feel free to comment below or e-mail me.