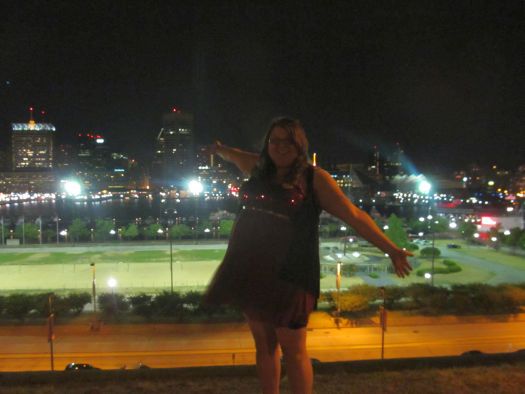 Jenn, Allie, and I went to an Edgar Allen Poe themed bar called Annabell Lee Tavern. It was really nice in there and I liked the color schemes and decorations. Afterwards, we drove to Canton and got Vacarros gelato (discounted!). It was really nice out. Then we went to Federal Hill and climbed all the way up. We sat on the playground then on the side of the hill overlooking the city. We talked about the war of 1812 and inappropriate things very loudly, which warranted comments from strangers. 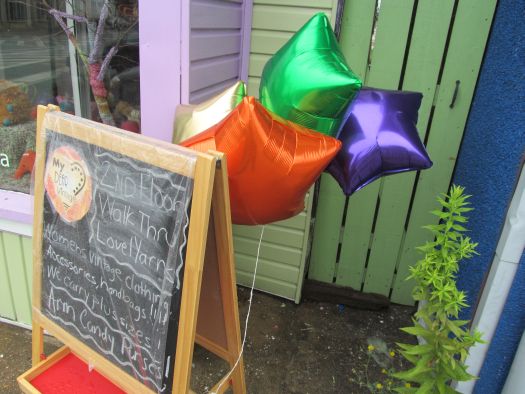 Another trip for the Book Thing and I picked up my prize from winning fourth place in the yarnbombing contest at Lovely Yarns. We wanted to go to Artscape, but it started raining and we just went home. 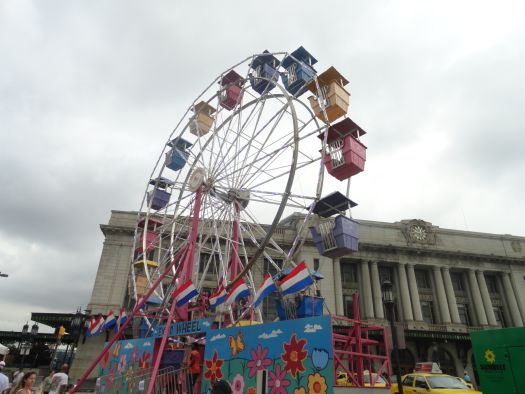 Came back for Artscape! It was hot, but really beautiful. I did three posts about the art cars, street art and installations, and everything else. There were some really great pieces of artwork there and I’m glad to go even if it’s always super crowded. 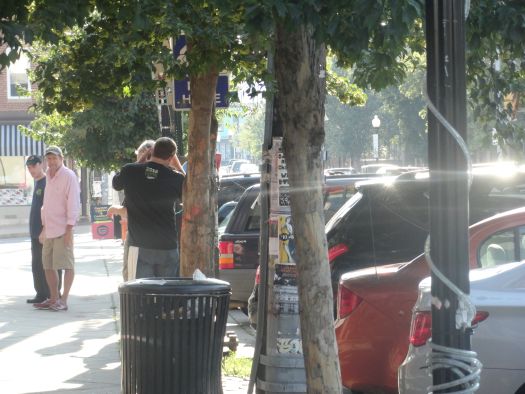 This is the beginning of my disposable camera installations! I went to Hampden with my dad and put up my first one. People started using it as soon as I walked away and that was a really awesome feeling. This is a picture of the first person taking a picture. 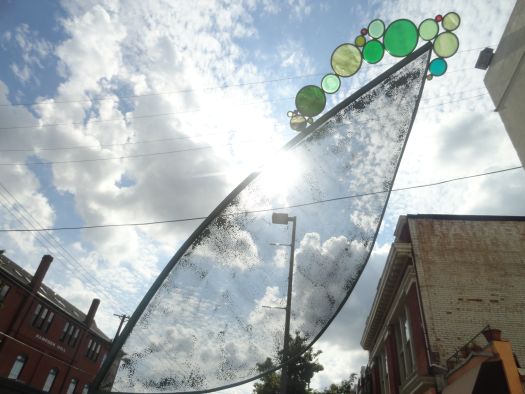 Went back to Hampden to retrieve the finished camera! I also put up some “chicken strips” flyers and photographed this beautiful piece of art. 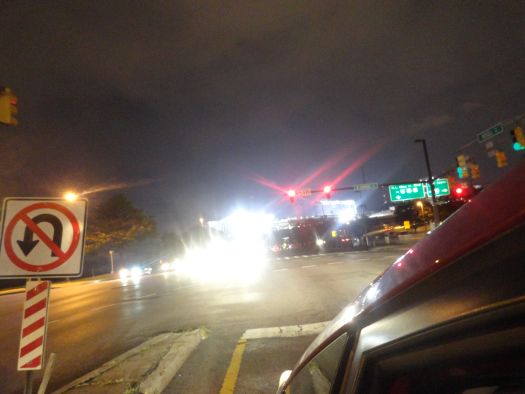 Went to American Visionary Art Museum again and bought myself some goodies! Plus some street art books. I put up my second camera outside by their parking lot. I ended up coming back later that night to get it, though, because it was raining. 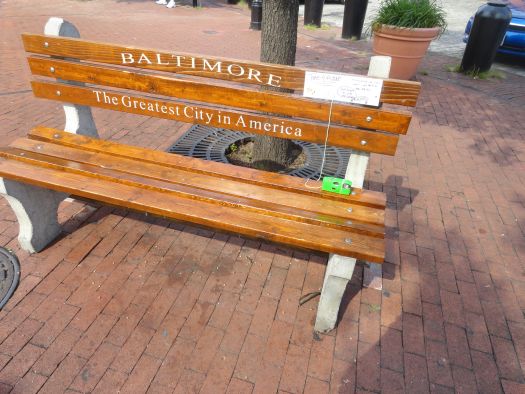 Seeing a trend? I reinstalled my second camera and the third one in Fells Point and Hampden. 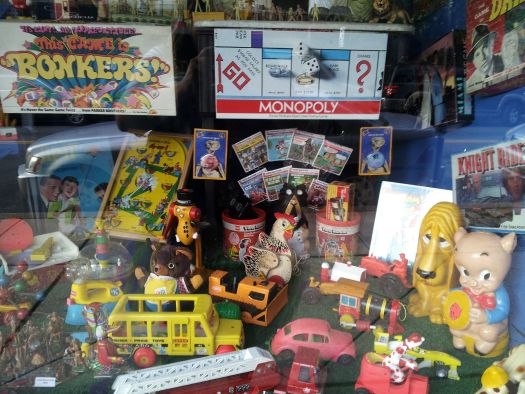 Went to Hampden with Jenn to go to Holy Frijoles. I had a delicious burrito and the most disgusting alcoholic beverage I’ve ever consumed. This is the window display of Hampden Junque. 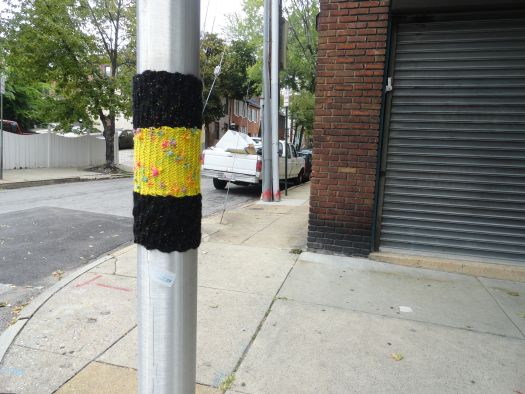 Finished my yarnbombing goal of 2012, by installing my fifth yarnbombing in Mount Vernon (Read and Tyson streets). A homeless man talked to me while I sewed it on the pole. He acted very interested then asked me if he could stay with me and I said no and before I looked up again he walked away. Since then, two people have added to this yarnbombing. 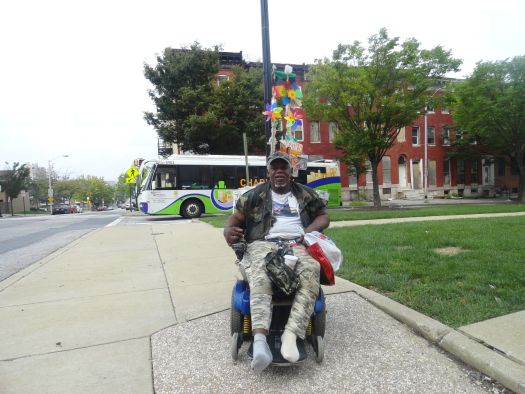 Today I installed my sixth and seventh yarnbombings, dropped off my first pouch of Donut Seeds, added googly eyes to signs, asked this man if I could take a picture of him, and stopped to see Edgar Allen Poe’s grave.