I noticed some street art while I was at Artscape. I guess it’s technically all street art since it’s a street festival, but I know that some of it was existent before the festival.
One of my favorite things to see was the massive yarnbombing that Lovely Yarns installed over two port-a-potties. I had spoken to the owner on Saturday and she said that she had to re-install it because of the massive amounts of rain! Ah! You can see more pictures on their site here.

There was also a large tent installation with some really cool set ups. 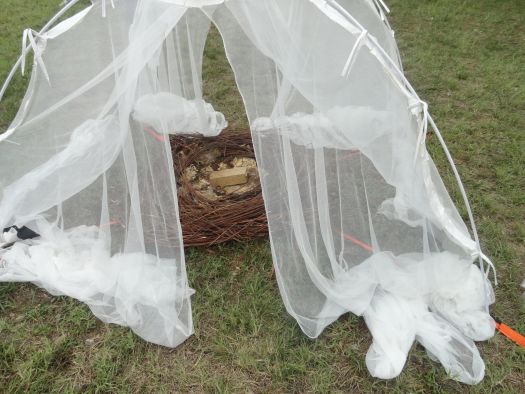 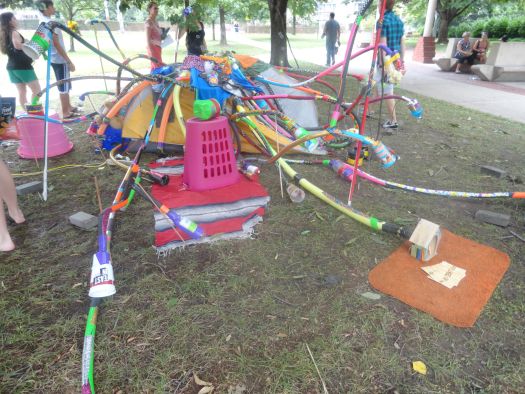 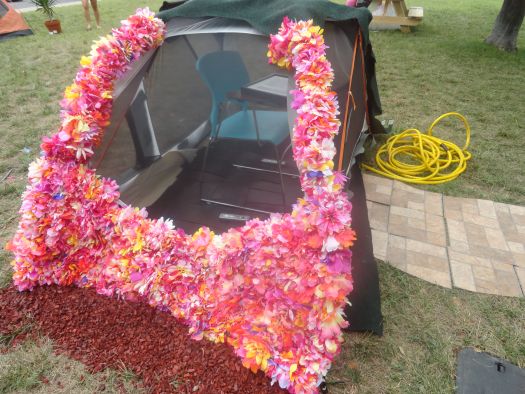 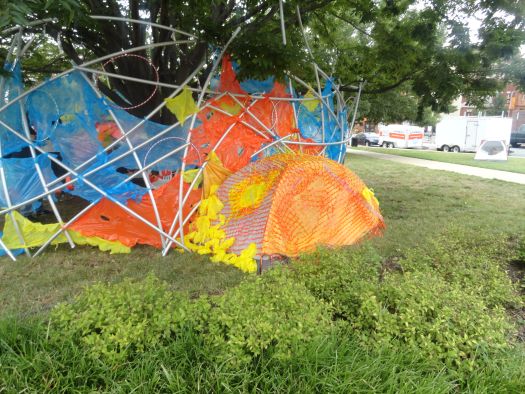 And finally there was an incredible massive tent around a tree that you could walk around inside of and an interactive hope station where you could write down what you hoped for. I wrote “I hope we can make our own magic”.   What would you have written? 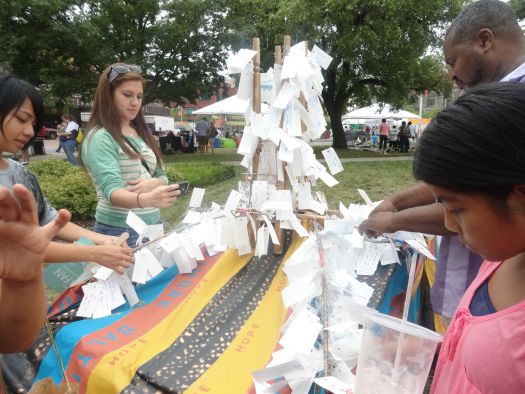 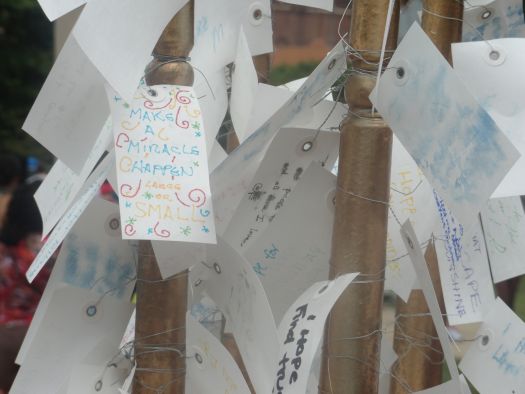