Remember when I told that filling a bank vestibule with balloons was just one of the awesome things that April and I did that beautiful Friday? Well, I wasn’t kidding. You see, the magical Marielle had seen the colorful traces of April on my blog and contacted her to do some balloon graffiti as part of her Spread The Love feature. Be sure to check out that post, where April talks about her worldview and reasoning for making balloon graffiti.

April had asked me if I would be available to help with someone balloons. As you might imagine, I don’t say no to balloons. When I got to her house, there were about ten giant bags full of 400 balloon dogs. We squeezed them into her car and headed to Mount Vernon to cover one of the grassy patches. 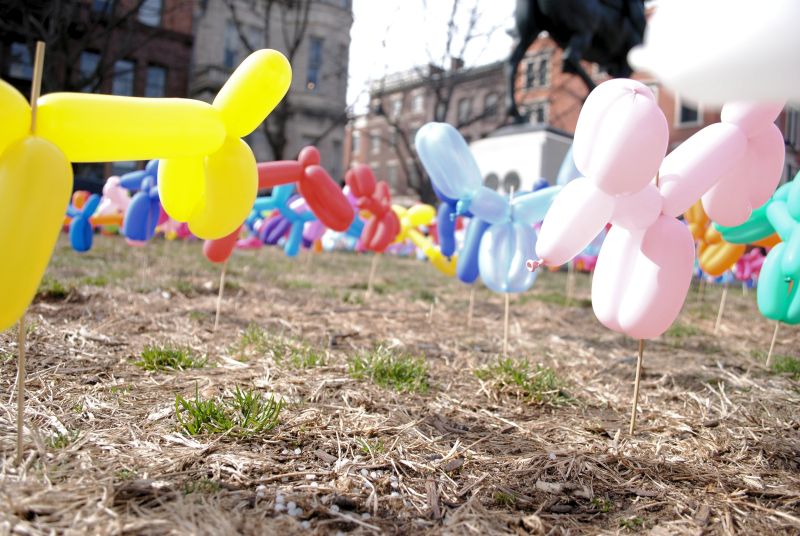 You can see the beautiful colors bursting out of plain bags. April brought skewers to attach to the balloons so we’d be able to stick them in the ground. So we sat on the edge of her trunk, adding the pointy sticks to the dogs who had come to life just from specific shaping. It was a huge learning experience for me, because until then I had been pretty scared of twisting balloons– I didn’t want to pop them! But they’re actually very durable, and by the end, I was much more comfortable (and later, I made my own dogs)! 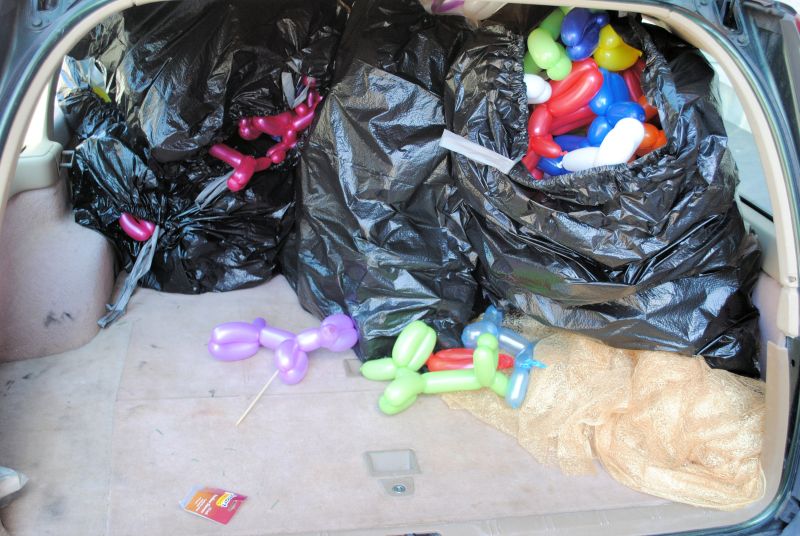 We prepped one bag at a time, and then stuck them in the dirt. Slowly, the grass began to transform. 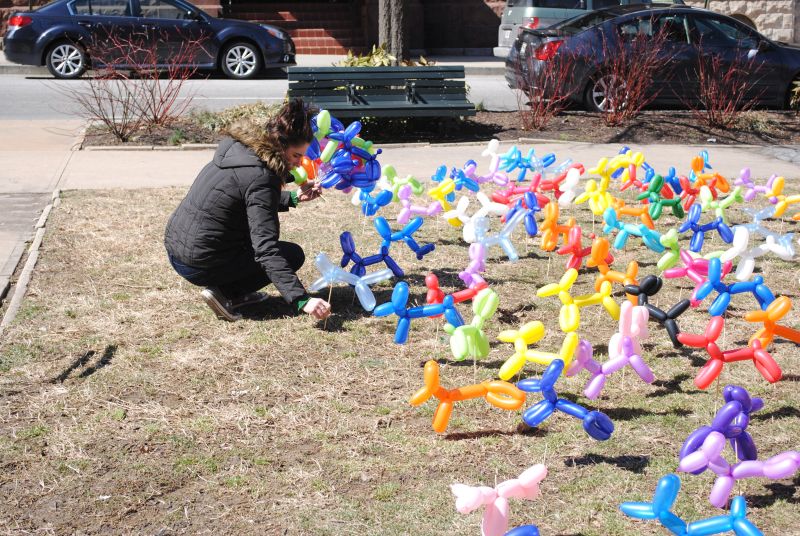 Most of the time, my installations’ purpose is just to provide color and spread happiness for the people in my community. One of the beautiful things about April’s concept for this balloon garden was that it was to honor her brother, Danny Dean, who recently passed away. He was always a fan of her balloons, and this is the most beautiful tribute to him I could imagine. 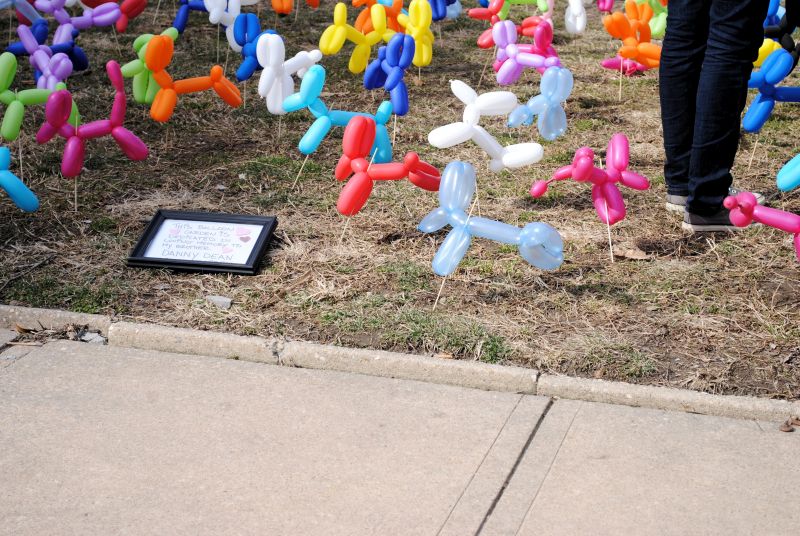 She had a sign to leave out, recognizing him. I suggested adding a hashtag, which ended up being a great idea. We saw lots of fun pictures on Instagram from people who appreciated it. (You can check out #balloongarden.)

April’s car was really close by, but if we sat in the trunk we almost disappeared. We were able to watch people walk up in wonder, take their pictures, and play in the garden. It was incredible. 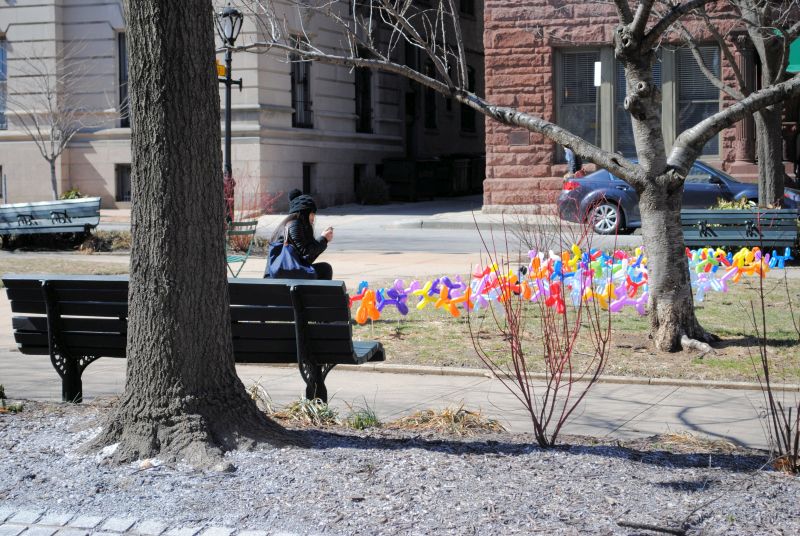 You might recognize this space from the Tacky Sweater Photoshoot or Baltimore’s Recess. It’s a gorgeous space, but I really wish that the monument wasn’t being worked on when we did this! 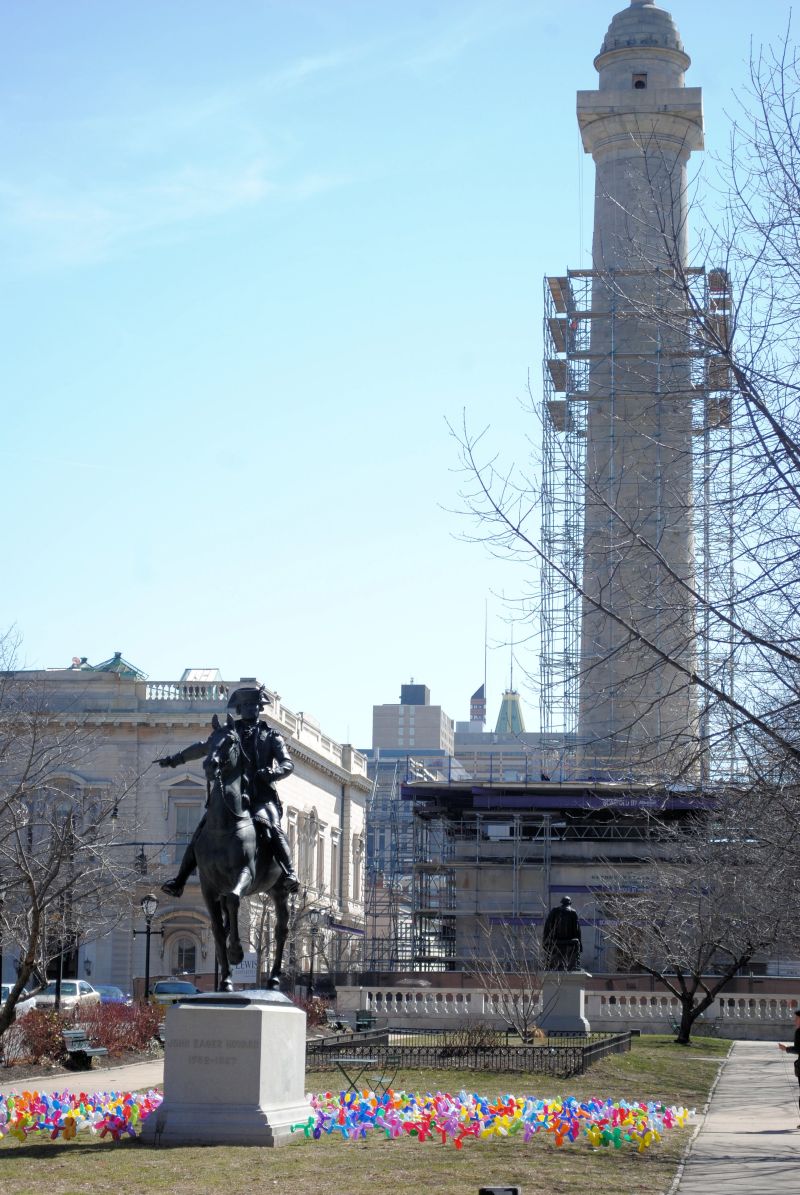 A day full of bright balloons and fantastic friends, like this one, is going to be hard to rival. It really had everything, and I can’t stress how grateful I am for April’s brain and place in my life. 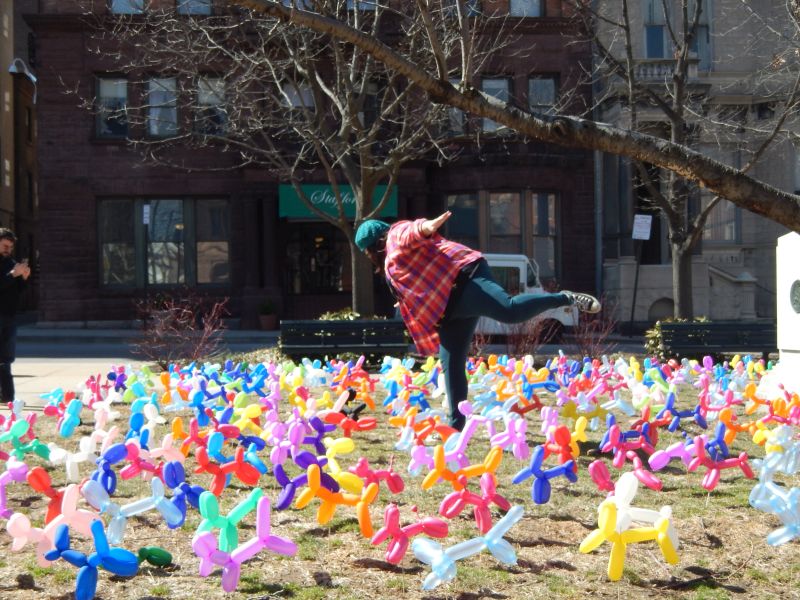 I’m not great at creating videos, but I took some footage and I wanted to turn it into something for April to remember this day. Danny Dean liked 80’s rock, so I chose “I Won’t Forget You” by Poison as the soundtrack. I hope it gives you a feel for how magical this installation was.