I was really excited when Jason, of Baltimore’s Playground, reached out to me in September about my Sidewalk Chalk Flash Mob. He told me about his group, and offered for me to advertise my event on their Meet Up page. Looking through their photos, I couldn’t believe that I hadn’t heard about this group before! Of course I want to find other adults who want to hula hoop. That’s really all I want in life, anyway.

Unfortunately, the last Recess event was scheduled for October. (I guess people get cold outside in the winter, haha.) I can’t wait for next season’s set of events, though! Although the original Recess had to be rescheduled due to rain, it was actually a blessing in disguise! During that time, the event got teamed up with Mount Vernon Urbanites, another really great group in Baltimore. I was so glad to be able to meet people from both sides! 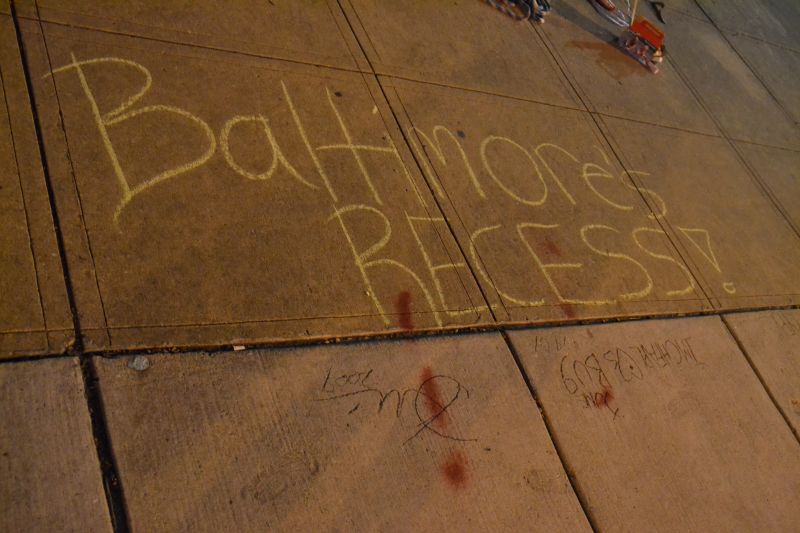 So what did we do? We met up at dusk at Washington Monument Park in Mount Vernon, slapped a name tag to our coats, and got to work! And by work, I mean play. Jason brought hula hoops, balls, sidewalk chalk, and jump ropes. Lots of these supplies LIT UP, which made me understand the timing of the event. 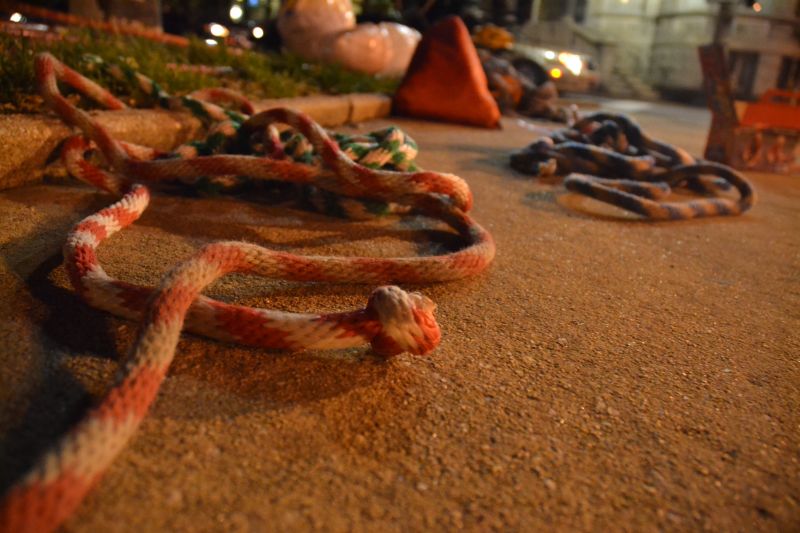 With the stereo jamming, we all felt motivated to move around! At first we kind of divided into hula-hoopers and a four square game. 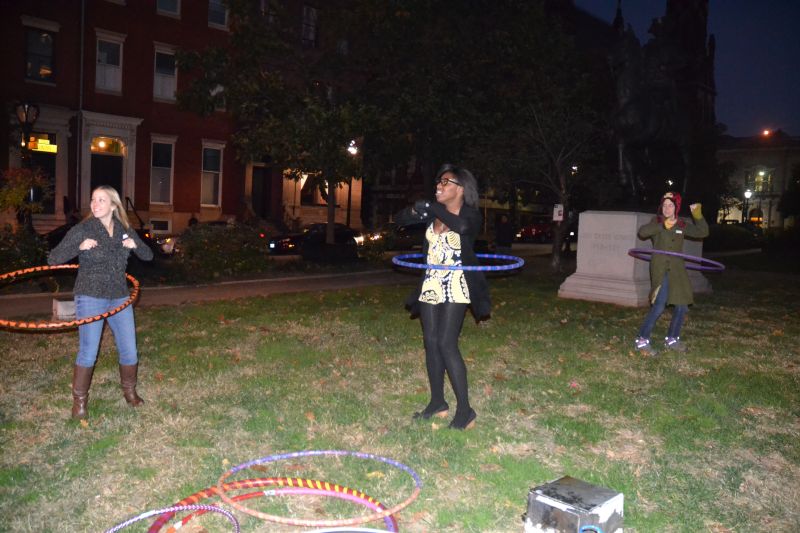 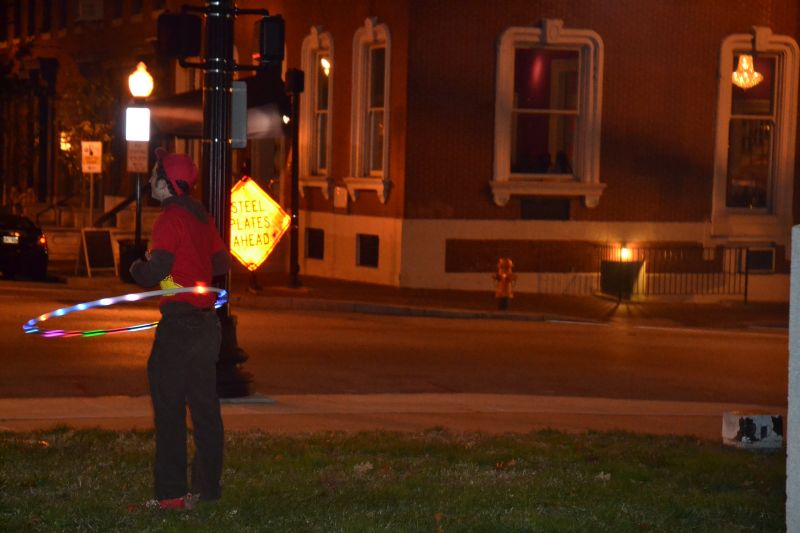 Look at that light-up hula hoop! 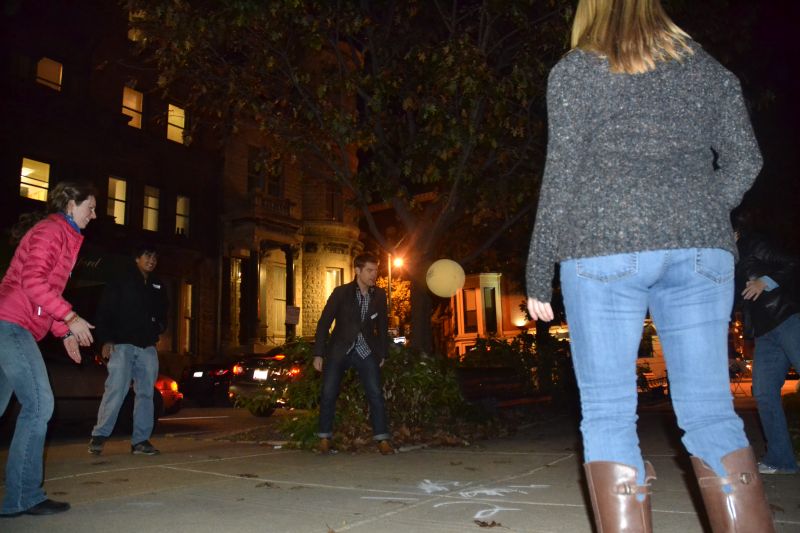 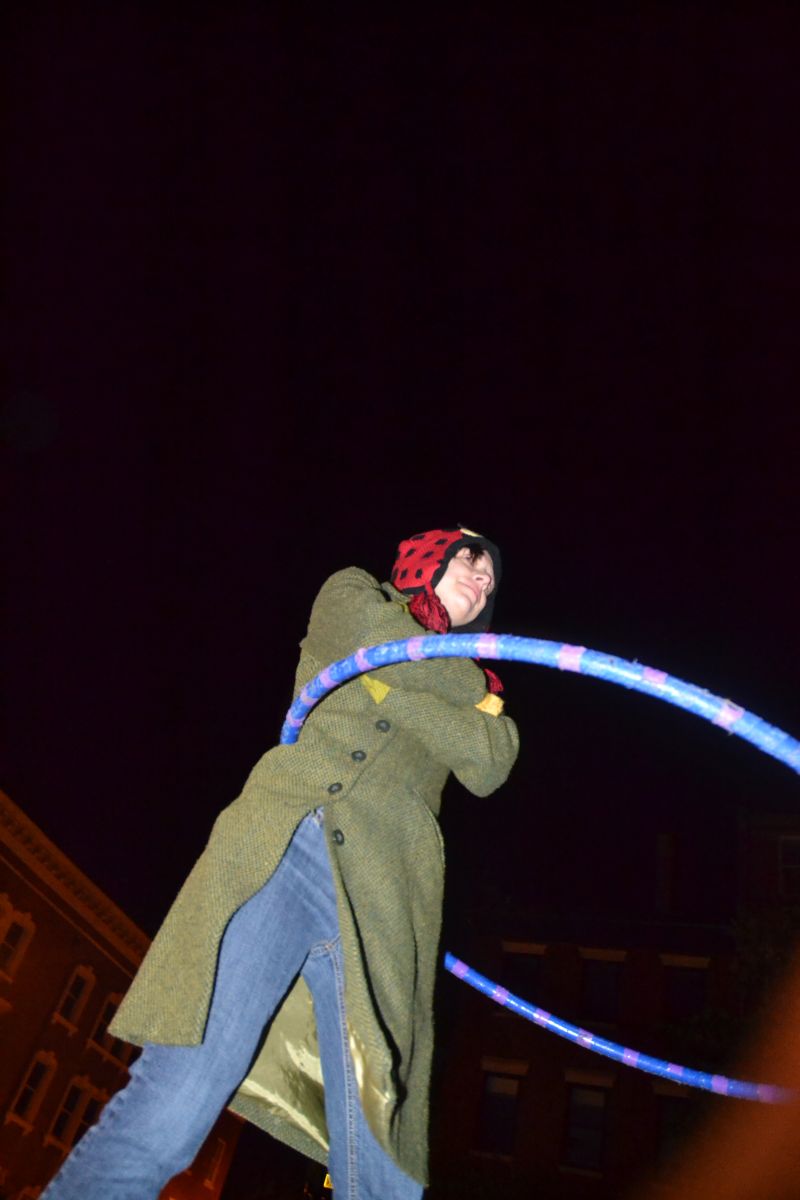 But then we all came together for light up jump roping! At first, it reminded me of elementary school recess. We would have two people hold the rope, and one person jump in the middle. But then Jason introduced a second rope! Double Dutch! I had never tried it before, and I paused and hesitated about 20 times before I actually attempted to jump in (and immediately failed). But I’m glad I tried! 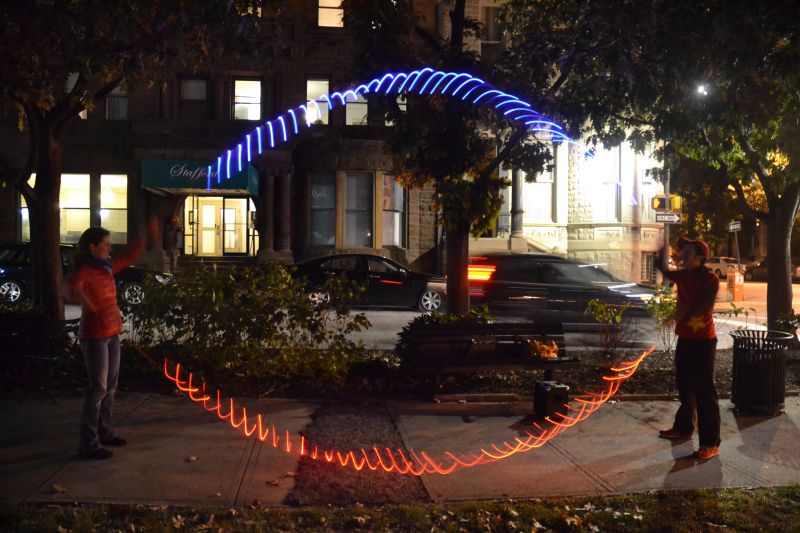 I really liked being the one swinging the rope, though. And a couple people actually got it! Double Dutch Do-ers! 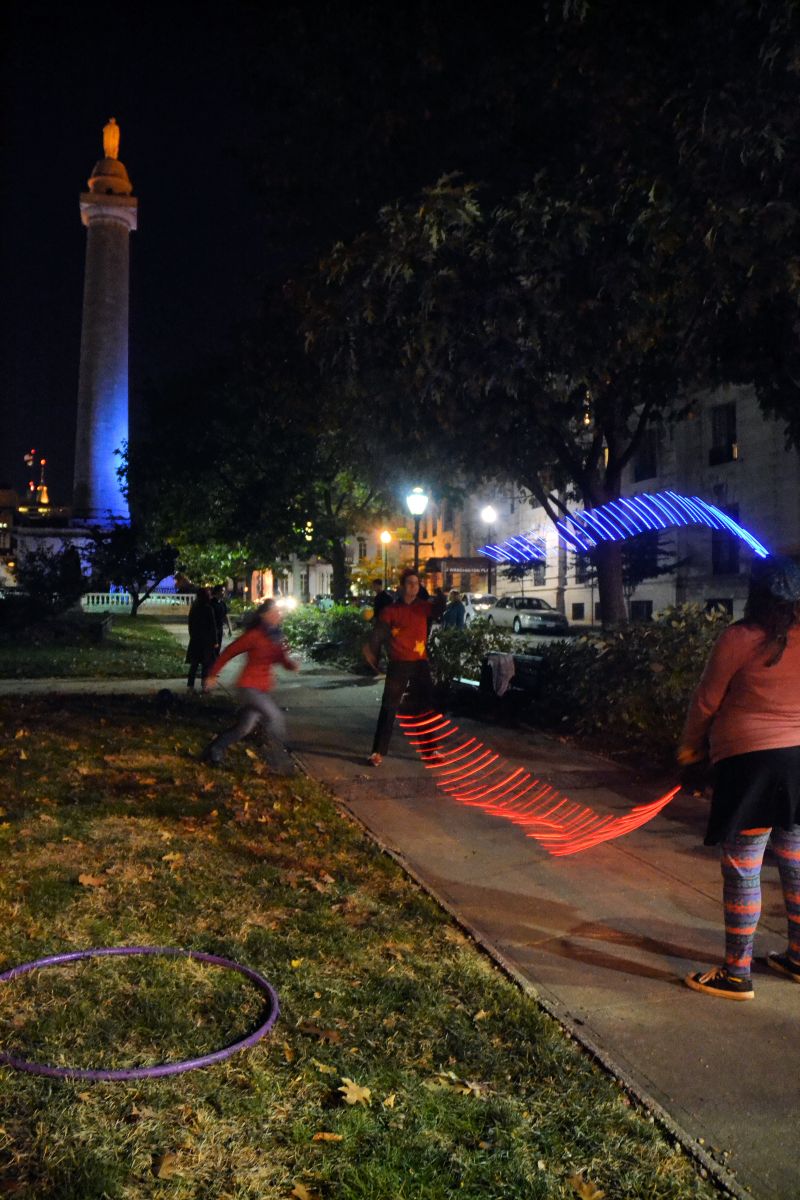 People at lights all stared at us, and I felt like with just the lights we were creating art. But ultimately, this was a celebration of play! We can play as adults whenever we want! Allow yourself to be able to.