Every month I am hosting a community event in the Baltimore area. Last month, we made a human rainbow, and this weekend, I brought a bunch of sidewalk chalk to make the ground more colorful and positive! I called it a Sidewalk Chalk Flash Mob, and even though many of the people who said they were going to come didn’t, I had a lot of walk-by participation!

Thank you to everyone who came out and drew with chalk on the ground. I’m going to share some photos from the art that was made, ranging from the ice cream cone fad among the children, and the simple “thanks” of a man who couldn’t kneel down to participate. 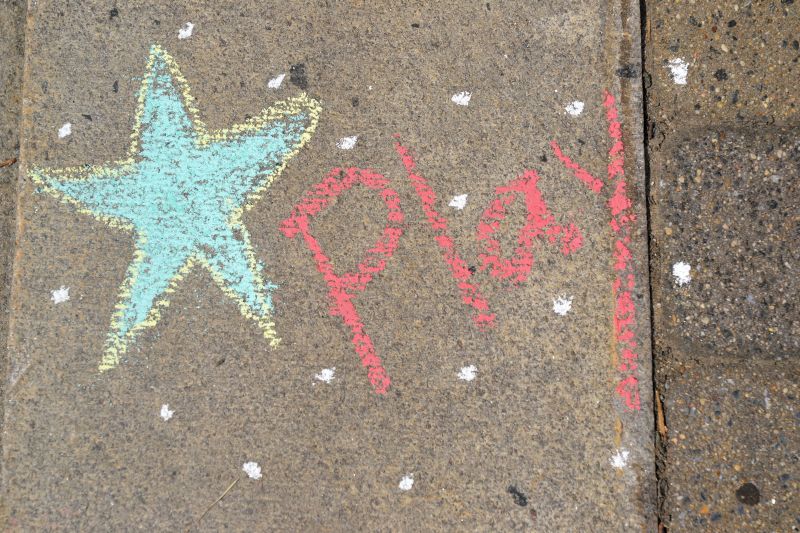 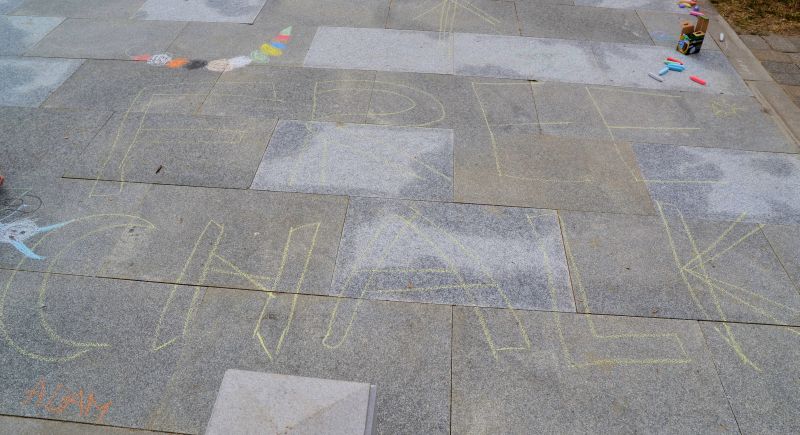 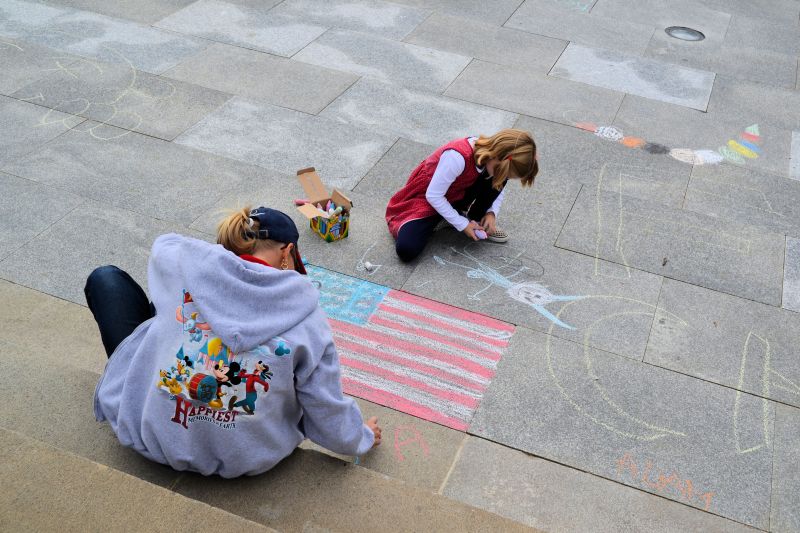 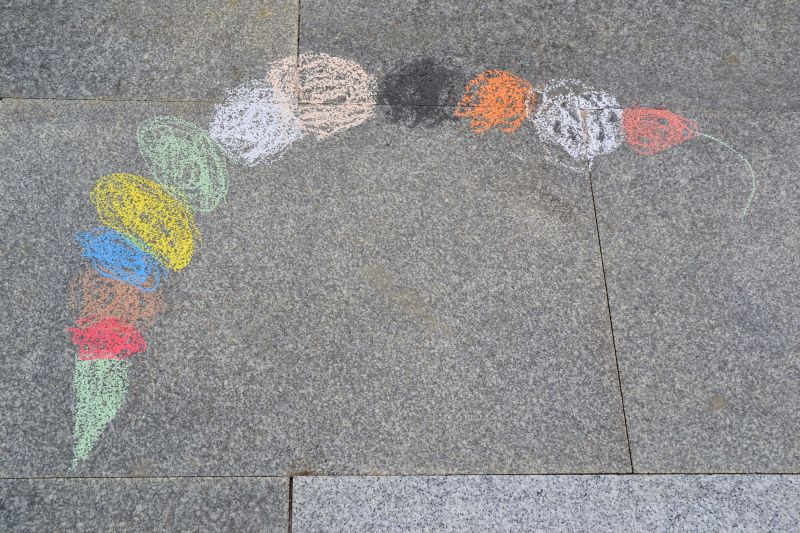 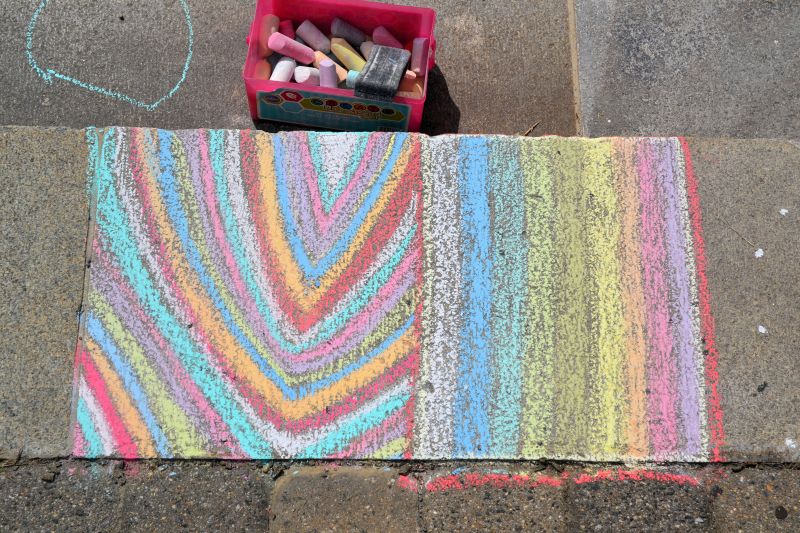 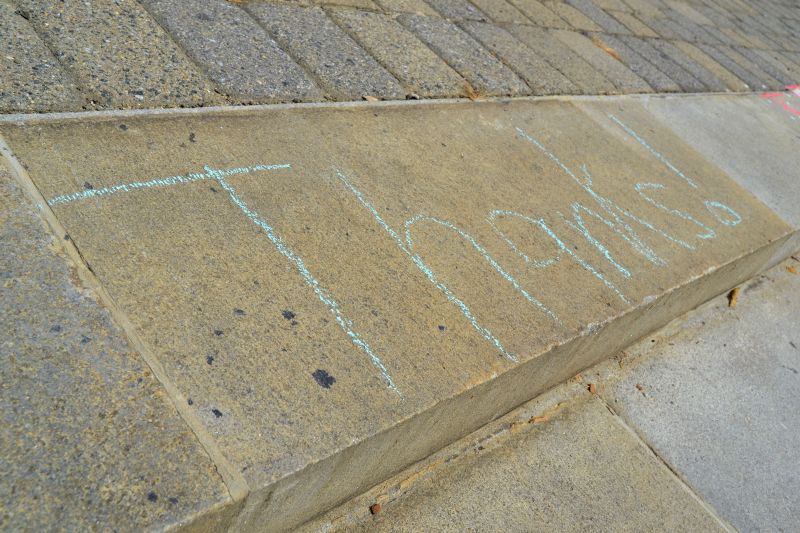 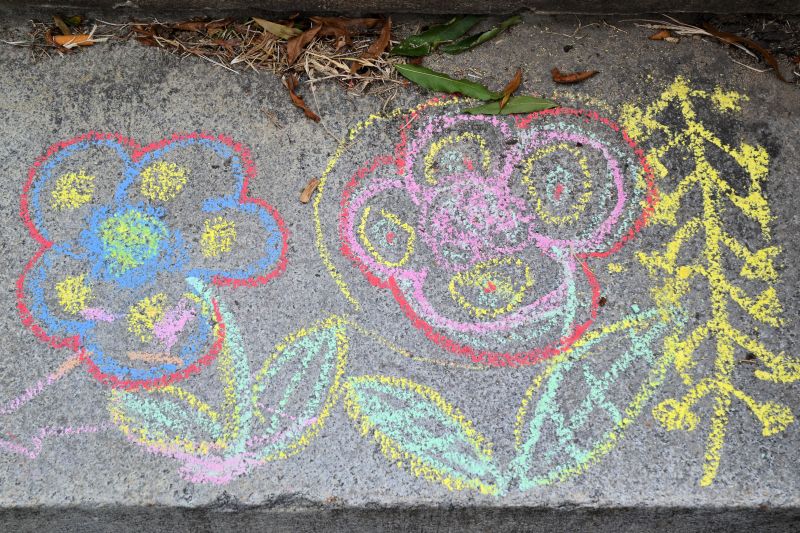 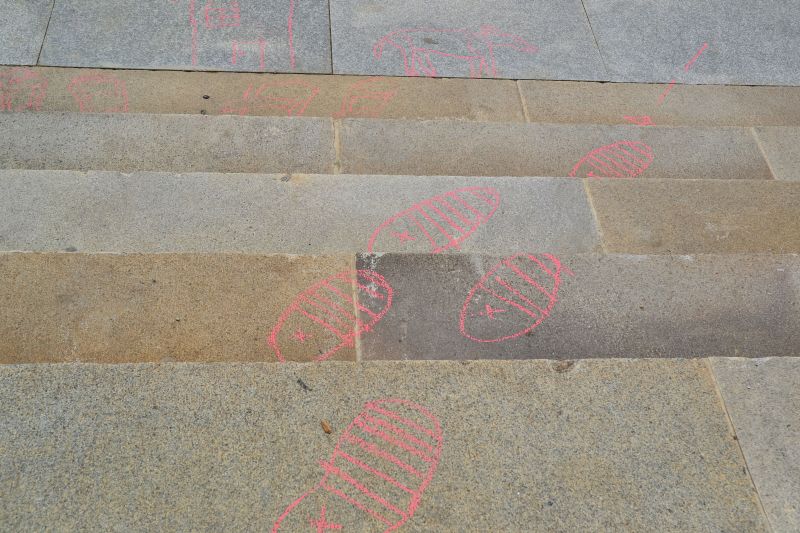 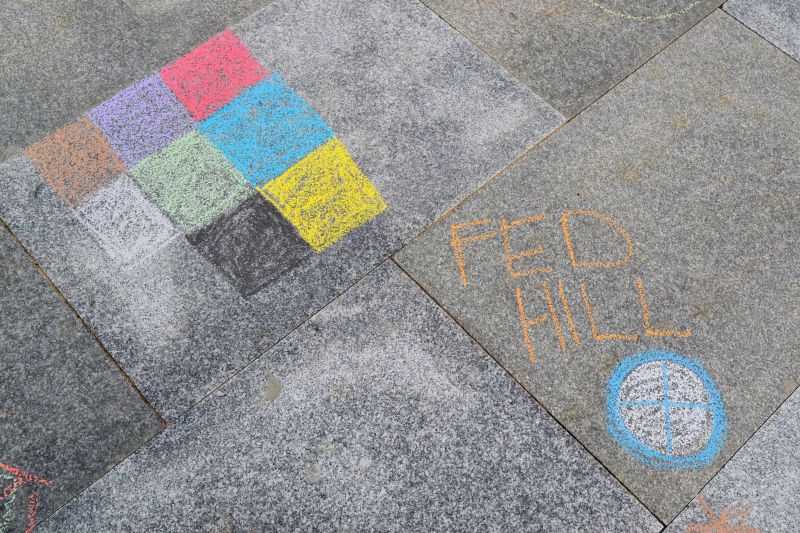 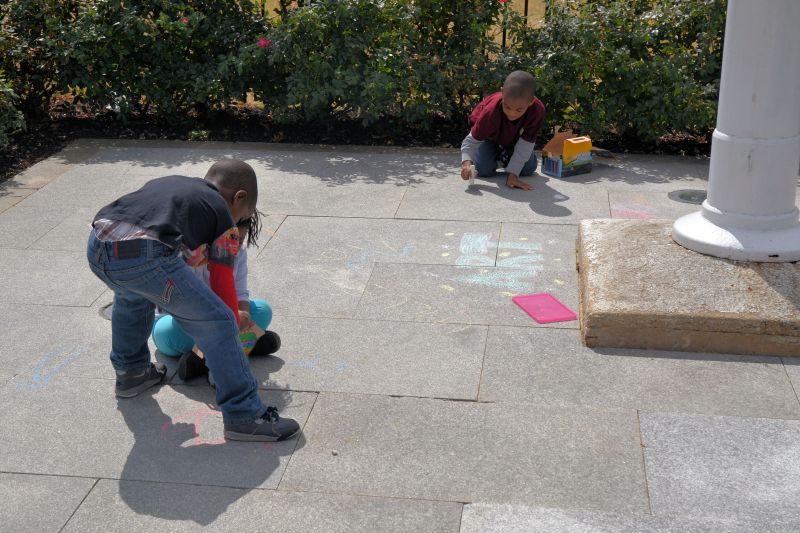 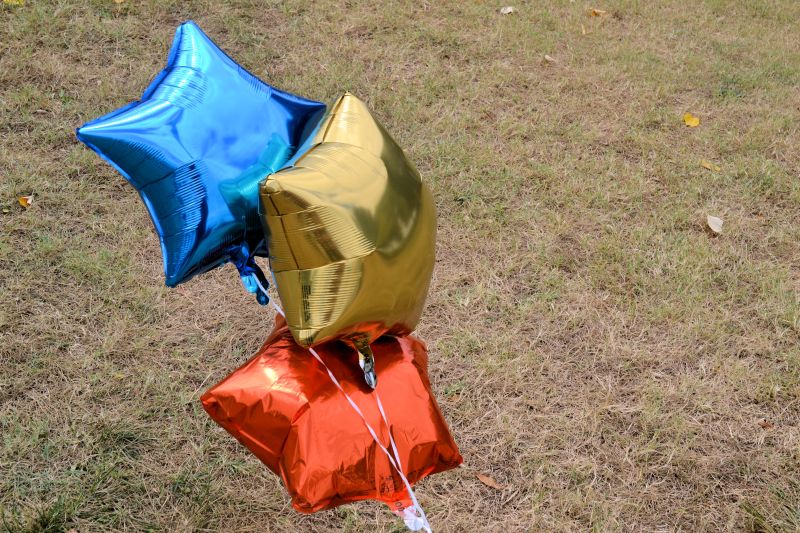 If you’re ever looking for me at one of these events, just find the balloons. If you’re lucky, I’ll give you one at the end!

Around 12:30, everything had died down and I was getting ready to pack up. A security van rolled up and a guy came out and asked if we were here for the ceremony. “What ceremony?”, I asked, to be informed that the governor was going to be giving a speech underneath the flagpole in a few hours. Under the flagpole? You mean where we covered the ground in sidewalk chalk? Oh.

I’ve googled a bit, and I can’t find any footage or information about the speech, but I really do hope that it happened. I love the idea of them setting up a podium on top of a gigantic Dr. Seuss-esque ice cream cone. Either way… 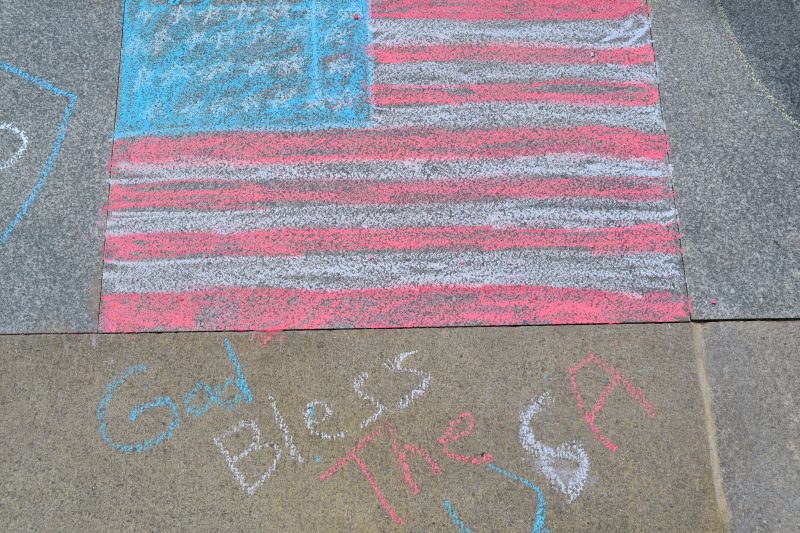 Stay connected with me on Facebook for upcoming events!