Balloons In A Baltimore Bank

April had the idea to fill an ATM vestibule with balloons, which I obviously jumped on top of. The premise was to fill a small clear space with color. We actually drove around for a while, looking for such a place. After a security-guarded bank, a closed junk yard, and other fruitless endeavors, we retreated back to her house. We blew up some more balloons, I learned how to twist balloon dogs, and my friend Ashley joined us (who we surprised with confetti at the door).

After a very satisfying swim in the ball pit April has set up in her basement, we got in the car (that was almost uncomfortably stuffed with balloons) and headed to the bank near her house. I’ll let the pictures speak for themselves. 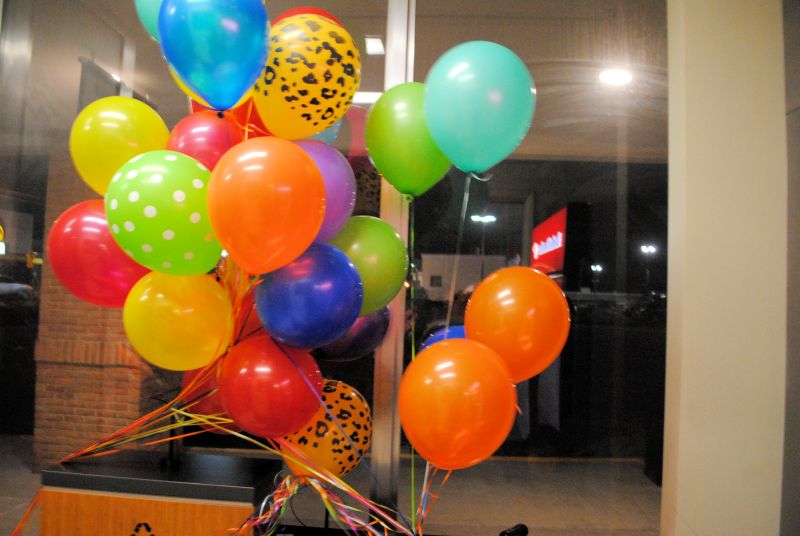 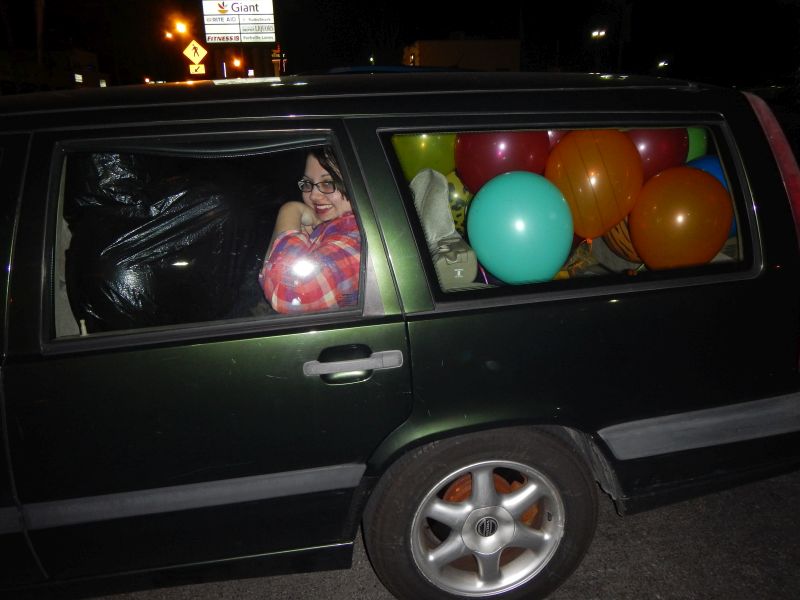 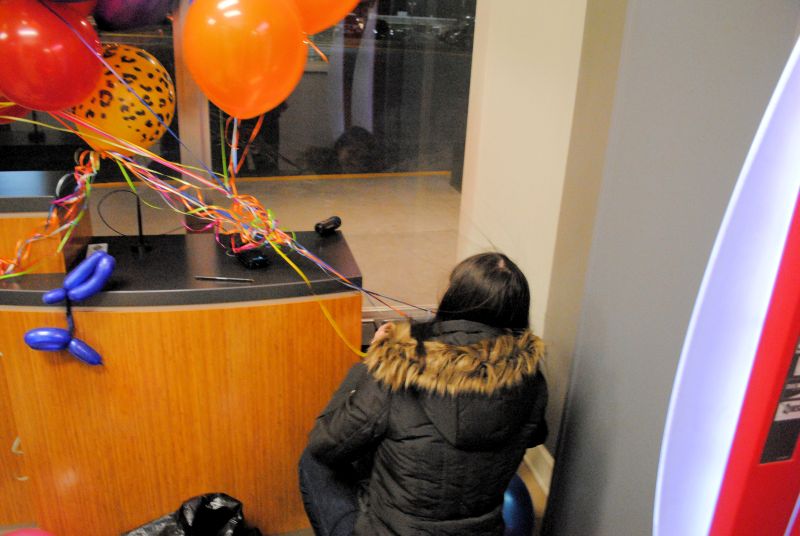 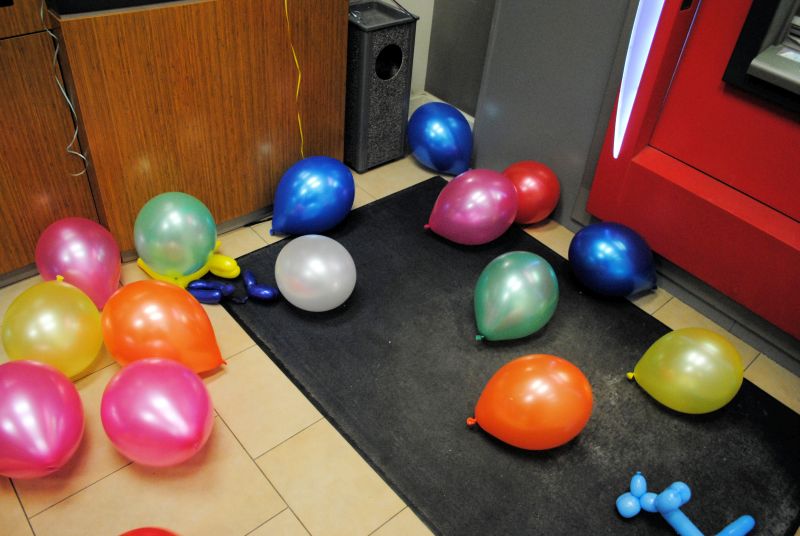 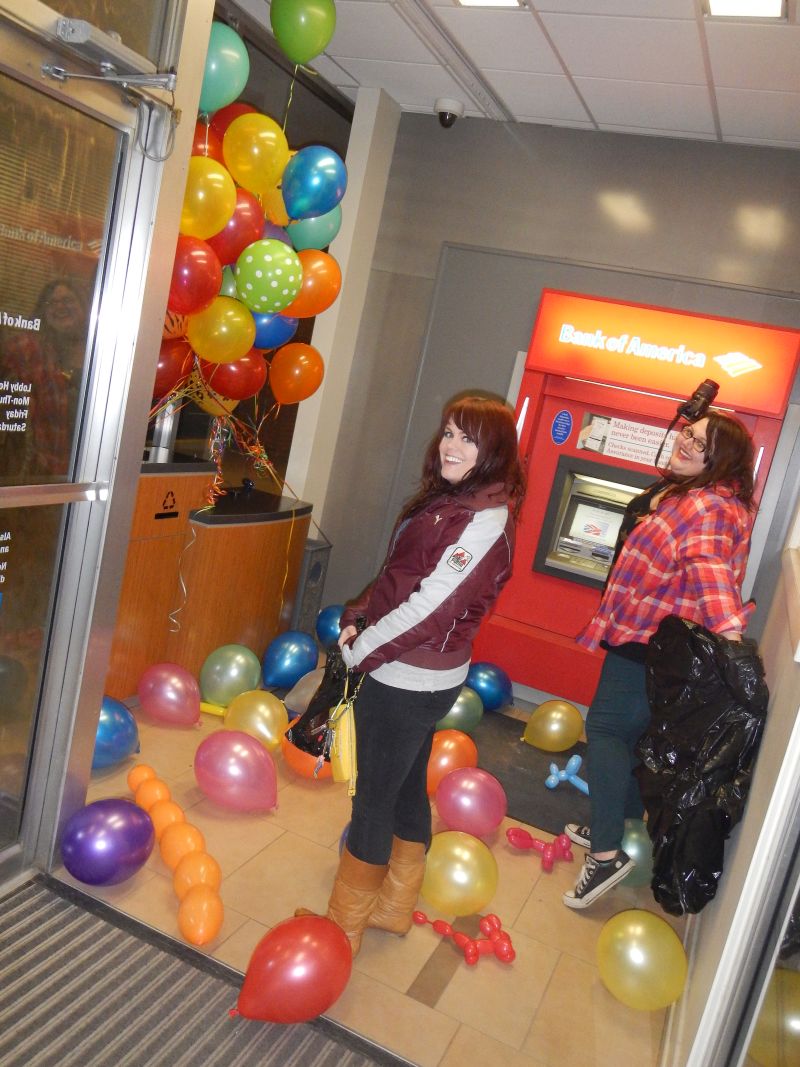 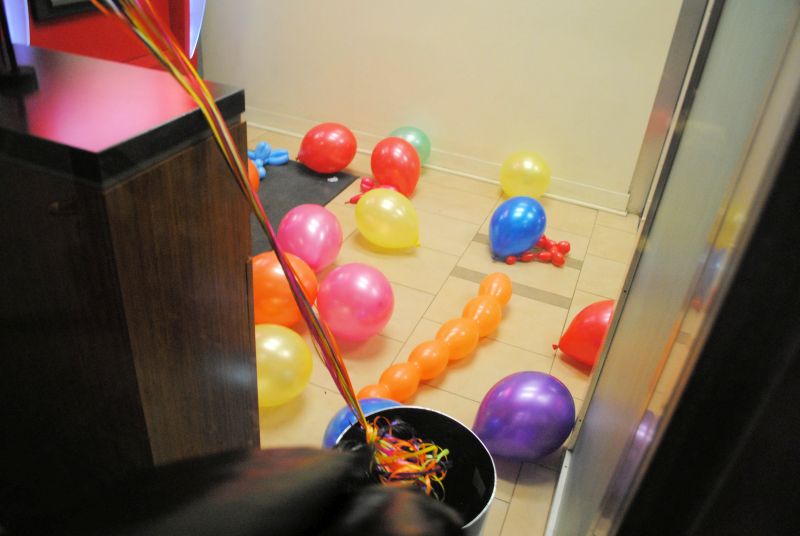 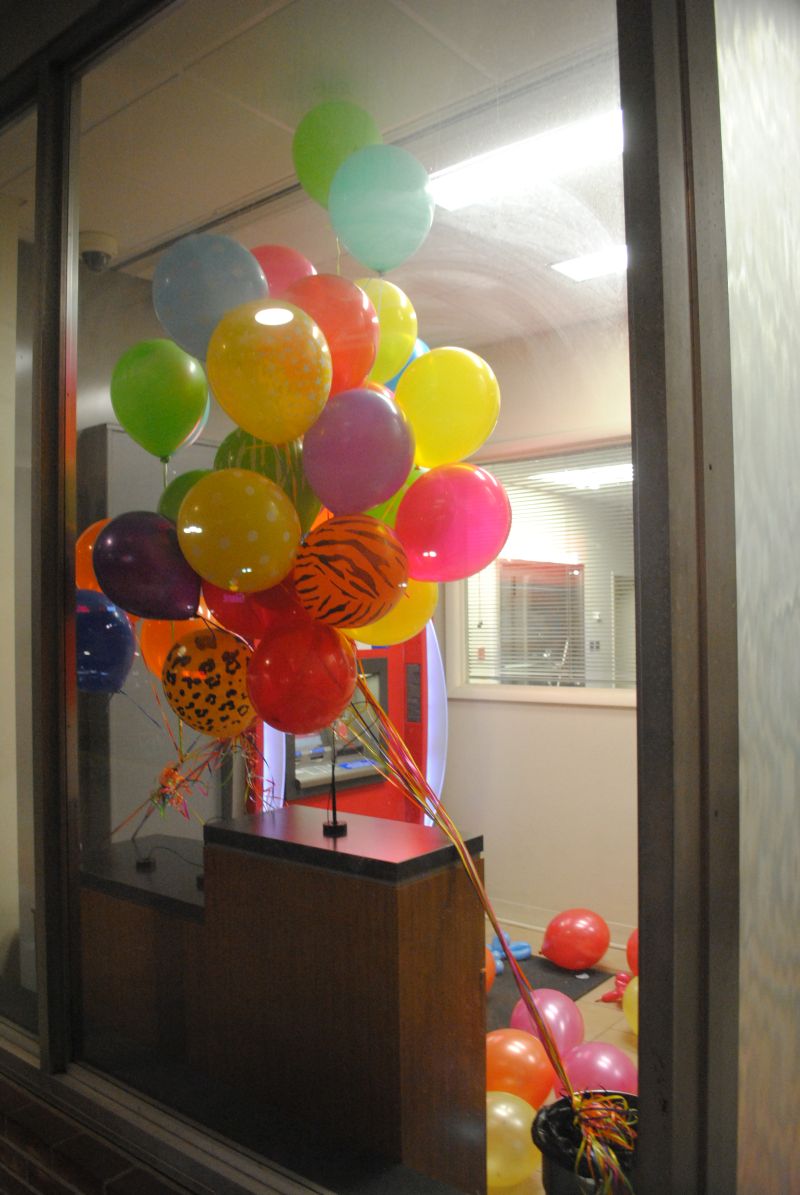 Afterwards, we sat in the car and giggled while we watched people walking by the window and actually going in to withdraw money. No one seemed to mind the balloons, but they weren’t super ecstatic, the way I know I would have been upon stumbling onto this colorful corner.

It’s been over a week and we haven’t gotten in trouble yet, so I think we’re in the clear. Although, getting arrested for balloons would be quite a quirky mark on our records.

Thanks to April for the idea and to Ashley for helping with the execution. I brought my video camera with us, and you can see a little video below (which obviously includes the footage of me forgetting I brought said camera and leaving it in the vestibule…) which I hope you enjoy. And if you can believe it, this was just one of the cool things we did that day. Keep an eye out for more fun things!

We hope this brought a smile to someone’s face.