Yesterday was World Kindness Day! I hope you found a way to celebrate. Being kind is such an important part of being human, and it can really restore someone’s faith in humanity. And guess what? It makes you feel good, too! Being kind (gravity, and science) makes the world go round. Keep it moving!!

To celebrate this very important holiday, I did several random acts of kindness missions. The first of which was deciding what to do with some of these leftover balloons. I stuck a little note, saying “Have a great day!” and my business card through a safety pin, and connected it through the tie off portion of the balloon. I went to the “mall” by my house, which has essentially become a shell of what stores used to be. It’s kind of a sad place to be, and I’m not sure how anyone makes a living there. I walked around and gave a balloon to all the sales clerks. Although some thought it was weird, no one refused or asked what my deal was. I hope those balloons brought some cheer! 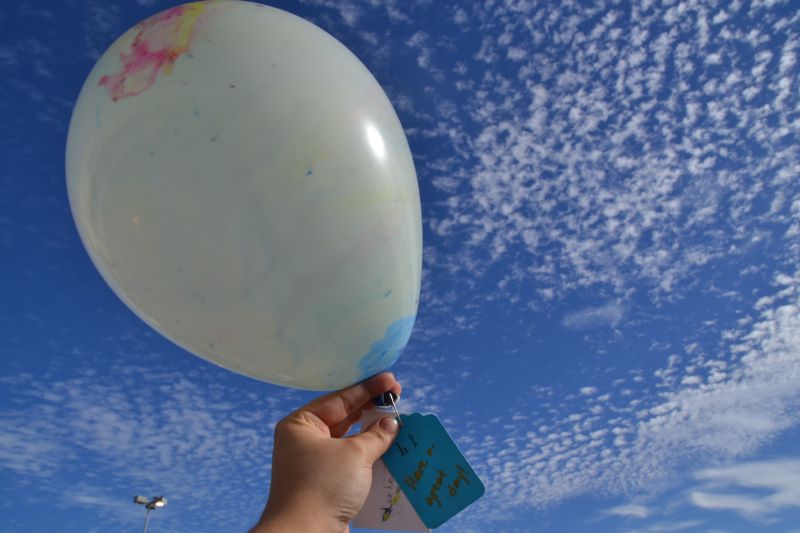 The next thing I did, was sew together some of the panels from the rainbow tree to make blankets! I added notes to them, all tied up with rainbow yarn, and kept them in my car until I saw some homeless people asking for help at stop lights. The first man was a Vet, and he was thrilled to get a blanket. I gave him color options, and he chose the rainbow (after my own heart). He was very grateful and told me that he was going to personally pray for me. I wanted to ask to take a picture of him with his blanket, but it felt a bit exploitative, so I just enjoyed the moment with him. Jerome, it was wonderful to meet you, and I hope you’re staying warm. 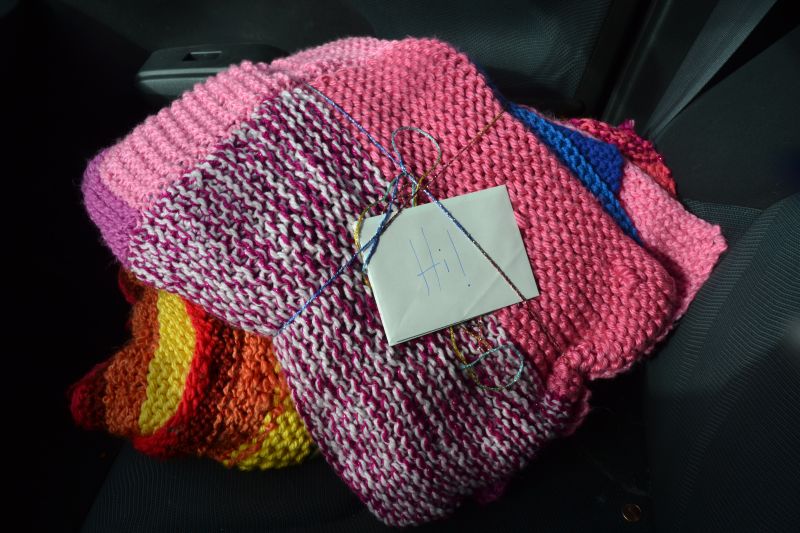 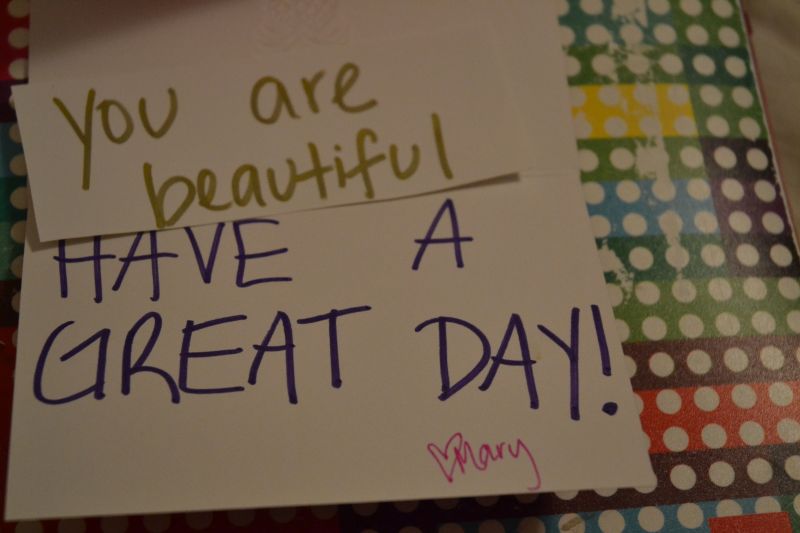 Then, I set out to the streets to do some little random acts of kindness. I wrote the synopsis of the origin of Wonder Bread on the backs of some hot air balloon cards, and stuck them in various books and magazines in the Barnes and Noble at the Inner Harbor. I also left some decorated paper hats, positive affirmation ATCs (that were mailed to me years ago in a swap), and friendly notes for strangers in books, by the fish tank, and in the bathroom. 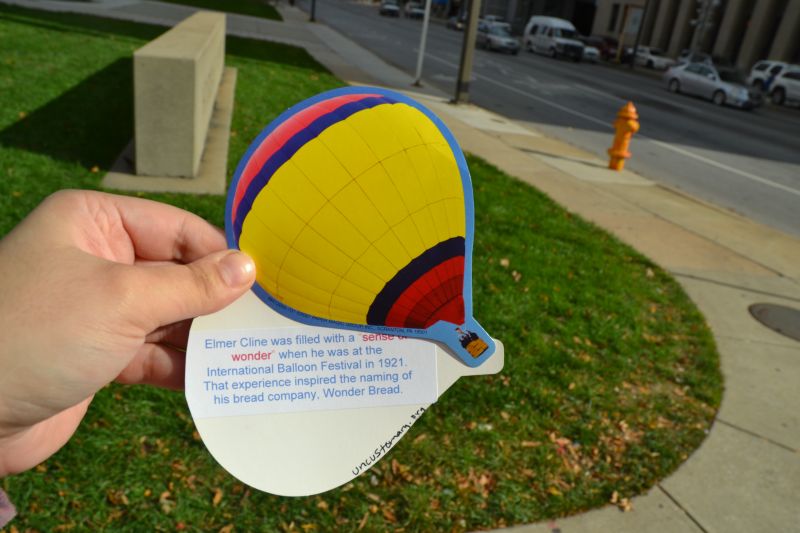 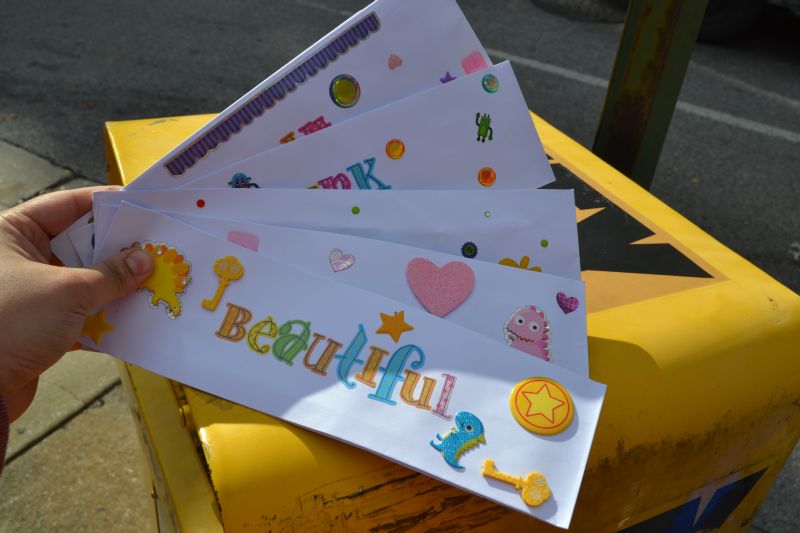 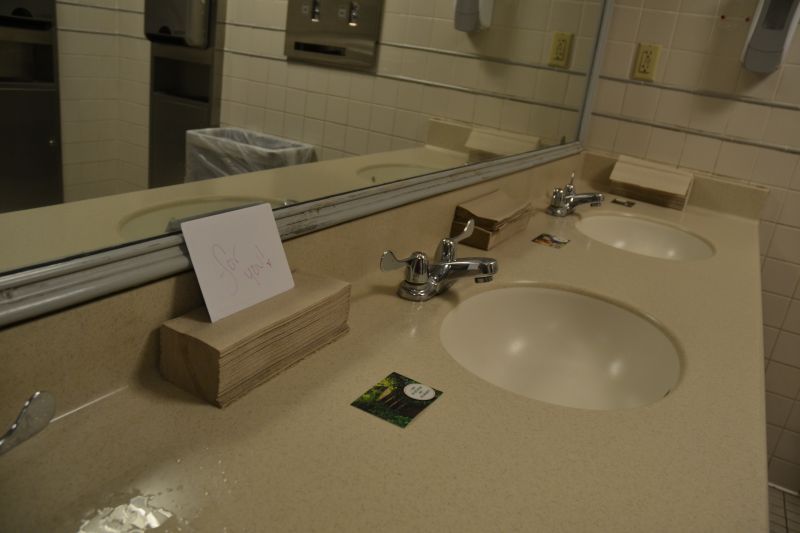 I brought nine goody bags of toys and small gifts with me, and I left them around outside. I was really excited to watch a guy open one from afar, especially since he didn’t know I was watching. 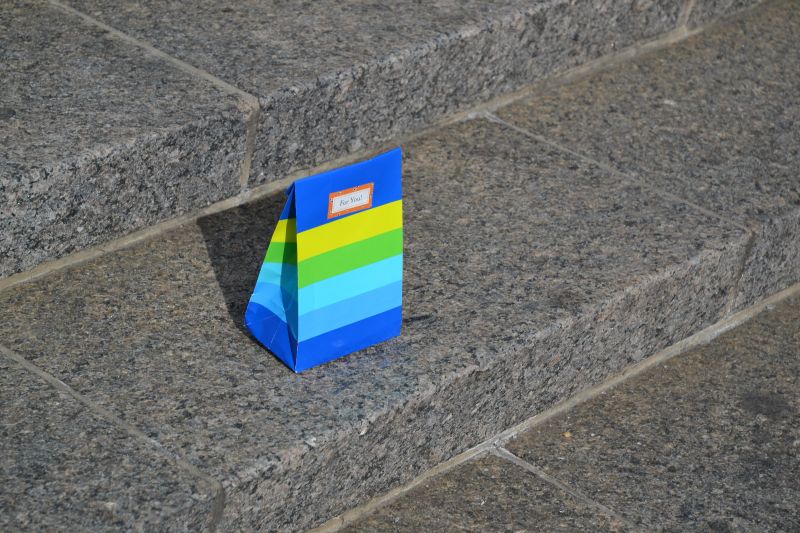 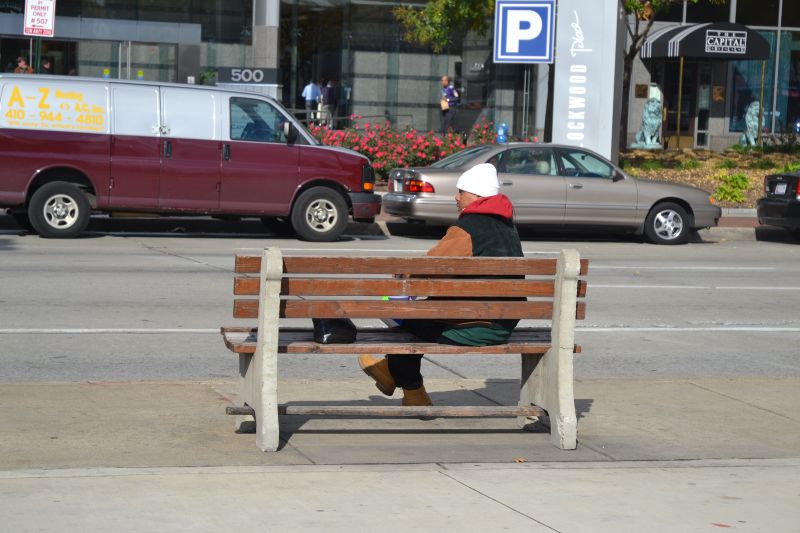 I got only one message from someone who received something, but it made my day. While I was out, some girls approached me to ask if I was doing guerrilla marketing. I told them it was more for spreading cheer and fun, and they told me they loved what I was doing. I gave them some confetti bows and asked if they would be interested in filling up a disposable camera for me and mailing it when they were done. (I had been carrying around a self addressed/stamped envelope and camera for weeks, waiting for the right person.) I hope they do it and have fun with it. I can’t wait to see your pictures!

Random acts of kindness make me feel more fulfilled as a human, and I hope my efforts are enjoyed. Browses more RAOK projects on my blog!