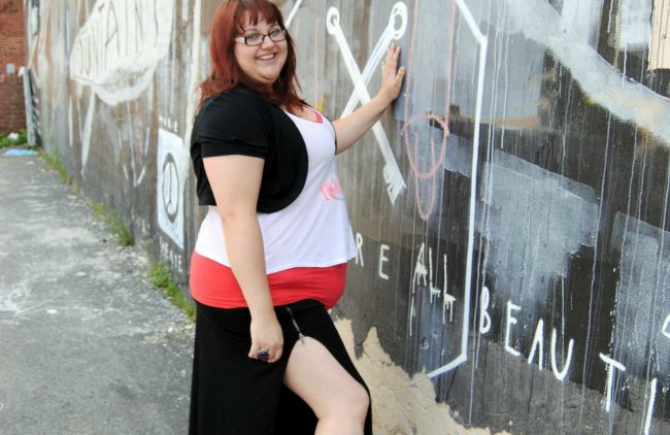 I’m having a regular conversation with a friend, and I say something about how it would be easier to find tops to wear if I wasn’t fat. They give me a sad puppy dog face and say, “Aw, Mary! You’re not fat!”, and the disappointment begins.

This isn’t a one-time scenario I’m describing. It happens all the time. It has happened with friends, strangers, lovers. It’s very very rare that when I use the word “fat” to describe myself I’m saying it in a negative whine-y voice. I’m usually just using it as an adjective because it fits what I’m talking about. I’m not saying I’m fat so you can disagree with me or compliment me, I’m saying it because it’s accurate. 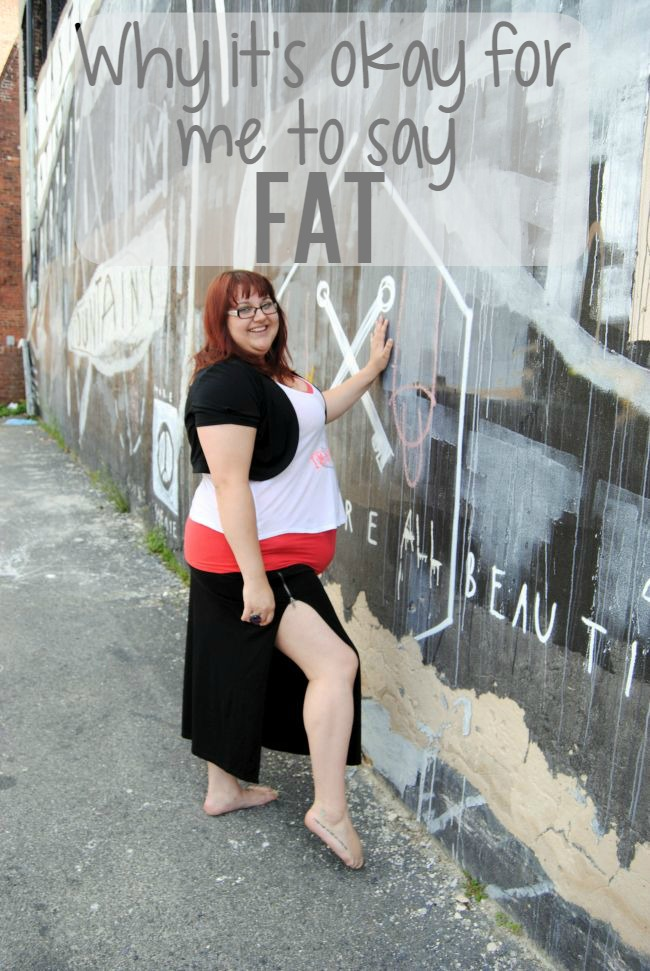 You know how when your tall friends complain that it’s hard to find a dress because their legs are so long so everything ends up too short? Would you ever look at them sad and say, “Babe! You’re not tall at all!”? I’m gonna say no. It’s a descriptor, just like “fat”. The only reason we react differently to that word versus tall, short, tan, brunette, or thin is because it’s stigmatized. It’s bad in our society to be fat, so we assume that when that word comes up we have to defend the person’s honor?

One time, someone said “Aw, Mary. I don’t think of you as fat”, which was interesting. I don’t think of anyone as their physical status. I mean, if I have to describe them, sure. I’ll tell you what color their hair is, how tall they are, what their body is like, if they wear glasses. But in my mind’s eye, my friends are my friends. They are just their names and the spirit they generate, not their weight, and I hope that’s the case for everyone, because if all you can think about when you think of me is my size, then you have some problems of your own to work out.

I’m not saying being fat is easy, though. We live in a time where it’s not only stigmatized, it’s ridiculed. We’re getting better as a culture and slowly moving in the right direction, (as with a lot of things like the acceptance of other lifestyles like sexual and gender orientation) but it’s still not great. And being a fat woman is worse. It just is. It’s not even that it’s a double “minority” situation, it’s that it’s more accepted to be a fat guy! If a group of fat men wore speedos and did a car wash it would be hilarious, and if a group of fat women did the same thing in bikinis it would be either “gross” or “brave”.

Don’t tell me I’m brave for wearing a bikini. I’m wearing a bikini because I want to wear a bikini. I’m all for people dressing in a way that is “flattering for their shape” IF that is something that makes them feel good. But if you are told you can only wear A-line skirts to be attractive and you don’t want to wear A-line skirts, then DO NOT WEAR A-LINE SKIRTS. If you’re happiest in overall shorts or leopard print leggings then just wear those things, even if a modeling agency isn’t going to stop you on the street and hand you a card. Want a beach body? Take your body to the beach. 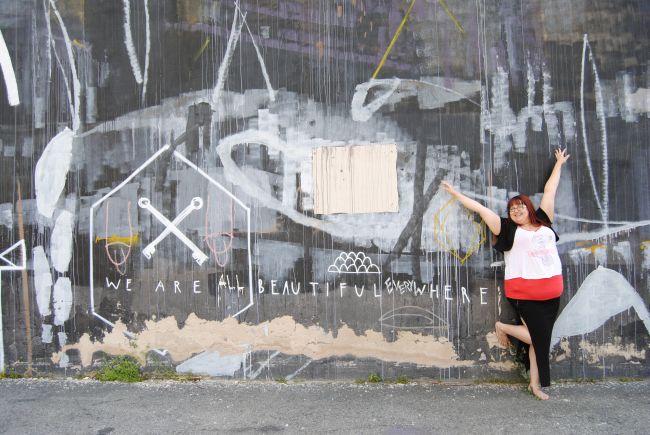 I don’t care what you think, though. If you’re going to judge me for my body type or what clothes I’m putting on my body, we wouldn’t be good friends anyway. I’ve been all the sizes. I’ve been anorexic. I’ve been clinically underweight. I’ve been overweight. I’ve been bigger than I ever thought would be possible as a teenager. I have stretch marks and a double chin, and I don’t care. It’s completely fine. Those stretch marks represent a time when I sacrificed a thin body for happiness (i.e. the side effects of taking medication that would drastically improve my mental illness symptoms), and I never looked back. I’ve maintained a healthy body internally, all of my numbers for sugar, cholesterol, etc. are completely normal, and it’s important to me that I stay healthy if only to live a long life on this fantastic planet, but that’s actually no one’s business but mine.

If someone is fat and upset about it, help them make a change. Be a support system for healthy eating and getting your body moving! But also let them know that they’re beautiful already. Never settle for something that doesn’t make you happy, including your body. But make sure that you really figure out why you’re unhappy with that body! Is it because you feel you’re supposed to look a certain way? If you were to spend a week all alone in your house, just by yourself, would your body bother you? Or are you worried about how you look in comparison to other people? There’s no right answer, and everyone is different. I just want everyone to be happy and love themselves, and sometimes it’s more important to work on self acceptance instead of self improvement. And for Pete’s sake, if your friend is describing herself as fat to you, maybe just let her say it. Let’s take back that word! It doesn’t have to be bad. It’s just different. And different is fabulous.

I want to hear what you think about this. What do you think of the word “fat”? PS – I’m Plus Size
Self Love: My Swimsuit Style