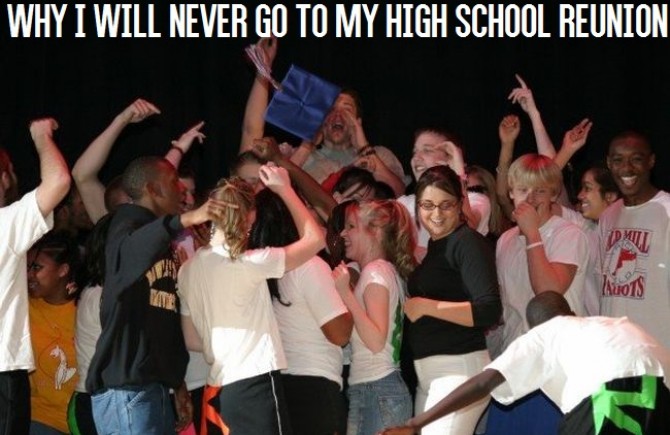 Why I Will Never Go To My High School Reunion 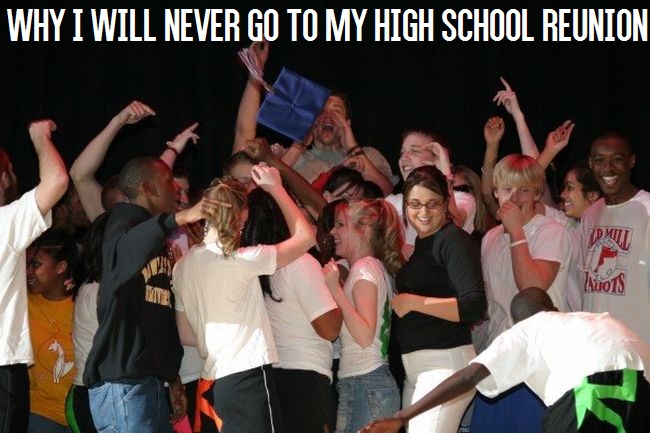 This year marks the 10th and 15th anniversaries of high school graduation for my best friend and my boyfriend, and because of that I’ve been thinking (and talking) a lot about the reunions that coincide with these milestones.

Besides the delight I get from watching Romy and Michelle reciting the formula for Post-It Note adhesive and dancing ever so poetically to Cyndi Lauper, I’ve never had the desire to attend a high school reunion. And that includes when I was writing nostalgia-filled novels in my classmates yearbooks that last week at Old Mill High. I remembered people jokingly saying things like, “See you at the reunion!”, and I just smiled and laughed. I wouldn’t be RSVPing “yes” to that.

Three reasons why I will never go to my high school reunion:

1. Despite high school being a drastically different experience for all of us, we need to move on afterwards.

Some people can’t look back on high school without feeling twinges of pain and embarrassment. Some people, for a lack of a better term “peaked” in high school, and want to visit that time again. It doesn’t matter what your opinion of those four years was, you’re an adult now, and it’s time to move on. What happened there definitely did shape you as a human, but it doesn’t define you. I’m going to take the experiences I gained and learned from as a teenager and apply them to life as I already do. There’s no need for us to take a step backward. 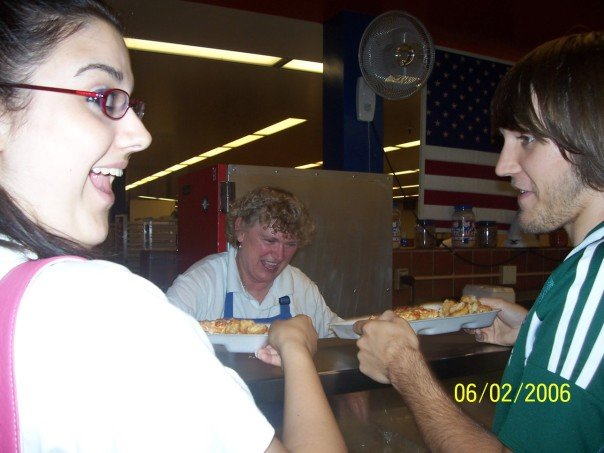 2. I’ve had the opportunity (for years) to see these people I’m claiming to miss.

It’s likely you’re not terribly close with many people from high school over ten years later.Out of my good friends, only three of them are from that time in my life, and I’ve even lost touch with people I became friends with in college. I’ve defined myself more and have met people with similar interests since then. I’ve expanded my social circle based on commonalities over the years, and I don’t need to feel like I need to reconnect with someone just because I lived within the same district as them when I was growing up.

(I considered the argument that there might be someone who fell off the map after high school. Maybe it’s someone you always wanted to say something to or just miss like crazy and haven’t been able to find them despite your efforts. Well, guess what? They probably wouldn’t come to a reunion.

And let’s not forget that even though you might get to see someone you really do like and fell out of touch with, there’s going to be dozens more people there you couldn’t even stand then.)

The main reasons people go to reunions are to A) Find out what people are up to (so you can judge them or just generally be nosy) and B) Brag about what you’re doing now. Well, here’s the deal: Facebook exists now. It’s been a thing for a while now, and it’s the ultimate tool for stalking and oversharing. Use that social media site to boast about your kids, new house, or fancy job. Use it to laugh at your ex’s new girlfriend’s haircut, or make baseless accusations about the frivilous spending of the former prom queen. Do it from the comfort of your living room in slippers instead of at a rented hall in uncomfortable spanks. 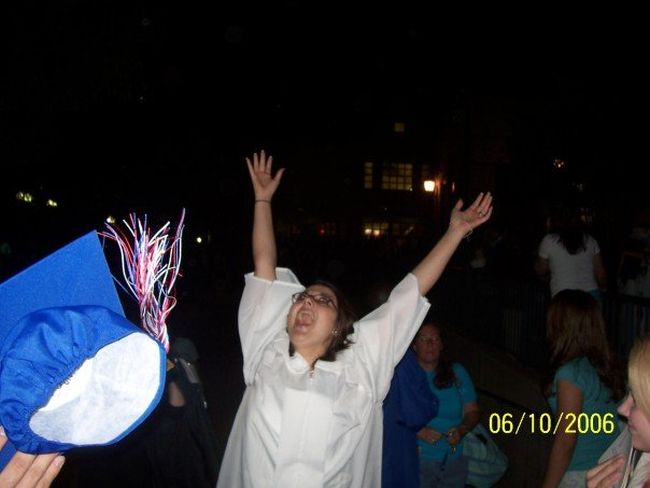 Ultimately, remember the excitement you experienced after graduating (or dropping out). Hold onto that. Be your best adult self. The teenage version of you helped make you, but she’s back there now. Now it’s time to go dance under the stars.

Questions for the comments:
Agree? Disagree? Tell me why or why you wouldn’t go to one of your high school reunions!