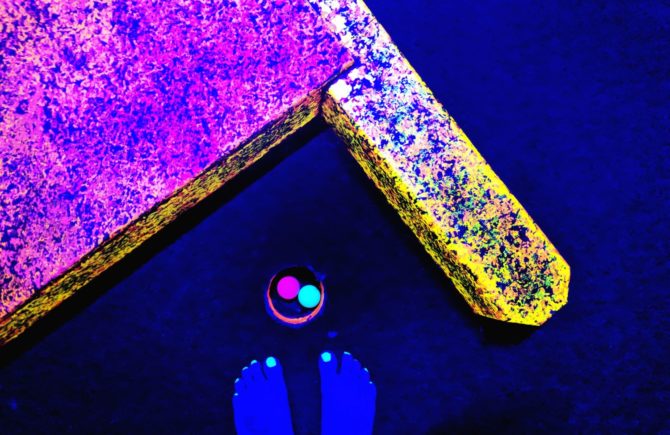 Hey! I hope you’re doing well. November is historically difficult for me, but I’m getting through it and still making stuff happen. I celebrated six months with Joe, saw “A Star Is Born” (loved it), had an interview with a local magazine, have been getting out of the house every day, and have still been making content consistently. I’d say that’s a success! Some announcements:

Today is the last day to sign up for the last round of the Snail Mail Game Show for 2018! Sign up for Round 17 before it’s too late (and see the results of Round 16 here)!

Also, Round 3 of the Stuffed Animal Sleepover has been announced! There’s only 25 spots, and they’re already going fast! So if you want to participate, grab your spot now! To read more about it, click the button below (and see Round 2 here)!

In case you missed it: Seeing “A Star Is Born” [Extra Sparkle] * Getting baked potato soup in a bread bowl * Binge watching all the episodes of Teen Girl Squad * Space heater and slippers * Sponsored collaborations * Season 13 bloopers of Sunny * Ordering myself some bath bombs from Witch Baby Soap and some stickers from You Are Beautiful * A falafel wrap from Mom’s Market * Making a bunch of photoshoot props * Maura being so understanding when I couldn’t do the photoshoot I was originally so excited for * Joe helping out so much with creating awesome things * Doing 1:1 coaching sessions * Mastering the art of adding the end screen to my YouTube videos * Finding Jupiter (a dog) after he ran out of the house * Processing Venus Retrograde * Driving through the Autumn trees in the rain of Boring, Maryland * Jerry Seinfeld and Mike Birbiglia stand-up * New tapestry * Making jokes with people in the drive-thru * Getting warm from cuddling * Weird, old barns * Following a bunch of people on Twitter and people unfollowing me on there every day * Discovering a bunch of songs about lumberjacks while we drove around looking for a log (and finding one!) * Cristen getting me flowers because I’m going through it * Making a green sign that says, “Please take our recycling, it’s been two weeks!” because I’m that person now * Ariana Grande’s “Thank U, Next” song * Cutting my underwear off my body in the middle of a store because they hurt * Writing a haiku about Bipolar * All the women and minorities who have officially taken office * Effectively avoiding tolls * Scorpio New Moon