Last Tuesday was pretty incredible. It was 11/11, one of my favorite days of the year. I kicked off the festivities with two tattoos! The first is pictured here: “11:11”. The number eleven is important to me, and it represents balance, magic, and integrity. Plus, if you catch the clock at 11:11 you can make a wish. The other is a quote on my foot that I will share as soon as it’s healed.

The rest of the day was comprised of craft stores, photoshoots, dancing, drawing, buffet eating, and getting way too invested in a nail art competition show on Oxygen.

Another day worth mentioning is Saturday, which I unfortunately have no good photos of. It was intense, though. After ditching a drag show, I went to Birroteca, a place I’d heard of but never been to. It’s off a windy road in Baltimore, making you feel like you just found civilization after being stranded. Our friend apparently works there now, and we got some drinks. I exited the bar a little before everyone else, so I could run over and have a conversation with the river.

We then made our way to Fells Point, where I walked past the line of people to get in, hugged the bouncer, and entered like a friggin’ rock star. The bar was playing the soundtrack to my adolescence and I danced so hard that I’m still sore and somehow obtained a softball sized bruise on my shin. I took a shot of tequila, walked outside, threw up while walking, and came back in to dance my ass off. Then Sara and I got up high and influenced the idea of dancing on the bar counter top, which we later got kicked off of. It was miraculous. 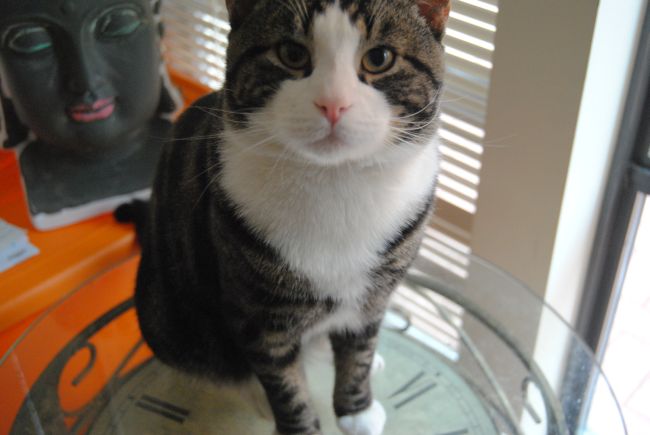 half-surprising April with a flower garden in her front yard

the mail social in DC

getting asked to be an official contributor to Listicle

Some days, though, it’s enough to just dress your friend up as Lloyd Dobler in a coat found at a thrift store for five bucks and blast Peter Gabriel from her iPhone at her neighbors’ windows.