How To Talk To Your Cat About Evolution

Last week, my friend, Charlotte, announced that she had a present for me. She is probably one of the least materialistic people I know, so when she gives gifts they are things that she knows you want or need. I had no idea that a pamphlet from The American Association Of Patriots that she found on the ground in Baltimore was something that I both wanted and needed. 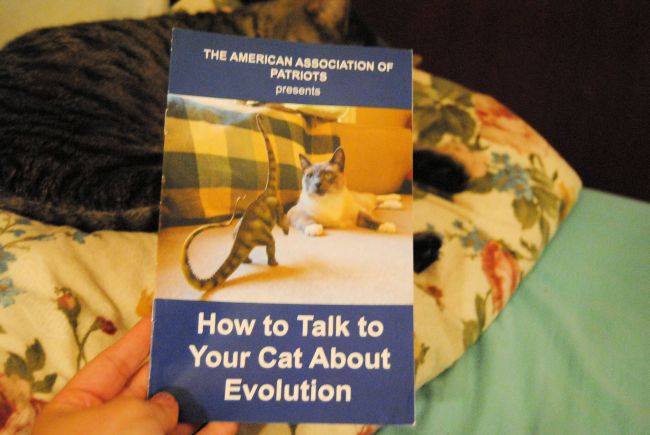 The pamphlet is entitled “How To Talk To Your Cat About Evolution”, and I can’t tell you how grateful I am that there was literature on this. My father works at a library, and I’ve had him keep an eye out for anything on the subject. I even have a Google alert set up! And yet for years… I’ve had no guidance. I had no idea how to broach this subject with Bug.

Bug has always been relatively quiet whenever we talk about religion, and as someone who believes strongly in evolution, I guess you could say I was worried that he had slightly different ideas about he and I came to be. I mean, one could assume that with as much Slipknot as he listens to that he’s not exactly a devout Catholic, but I’m not here to assume.

The pamphlet from the good ol’ AAP covered topics such as:

Do I need to talk to my cat about evolution?

What exactly is the danger of not talking to my cat about evolution?

Is there a best age to speak to my cat about evolution?

Oh no. As I start reading the advice from their Expurrts, I realize something: this pamphlet is ANTI evolution! Dun dun dun …. No matter! I shall just change each sentence to say the opposite of what the original message intended!

Regardless of this pamphlet’s skewed views, it did have some solid advice that can translate to any serious talk you need to have with your cat. For instance, “Cats are fickle creatures, and it can be difficult to hold their attention during these types of talks. You might be tempted to dangle a piece of string in front of their face to keep their interest while you discuss _______, however this type of plan can backfire. There is a risk the string might actually distract them from the seriousness of the issue at hand!”

The good news is that when I sat Bug down to let him know we had to talk about evolution, he excused himself and said he’d be right back. I couldn’t tell you how relieved I was when he returned in this costume. 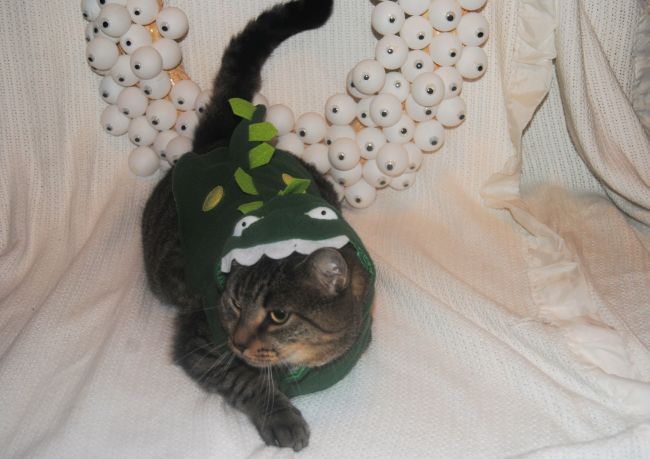 He let me explain my thoughts, but it was clear that we were on the same page. He couldn’t be a huge fan of dinosaurs, believe in fossils, and rule out evolution. I quickly thumbed to the section in the pamphlet called “Cats And Fossils” and reversed the message. He laughed with me at the text that read “you never see a fish with legs, or a dog with antlers” and then he laid on my belly for Tummy Time. He’s a smart little kitty. 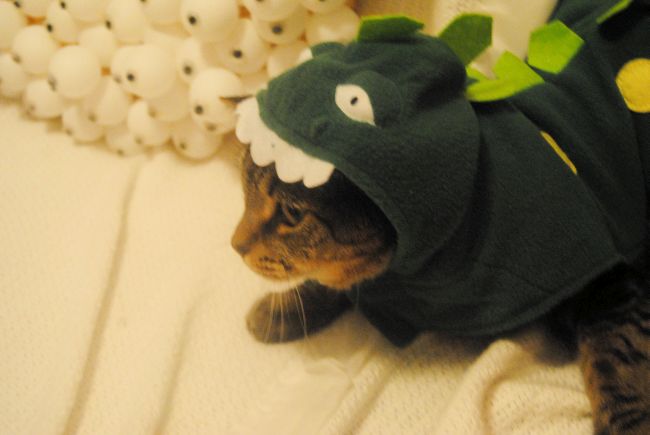 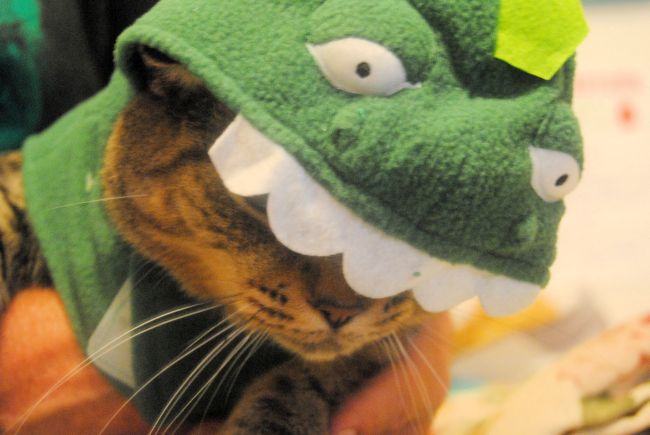 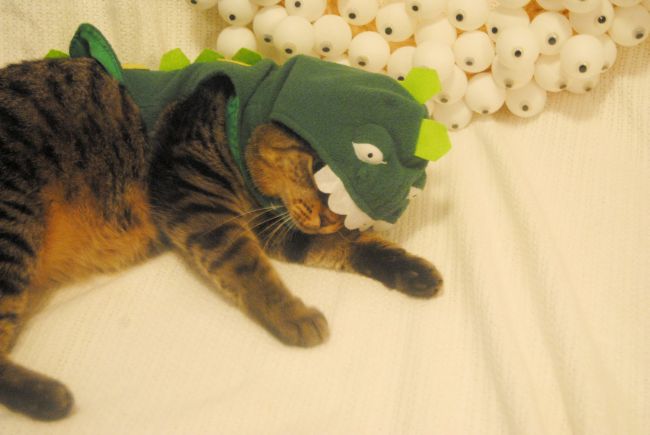 Obviously you’re going to want to talk to your cats about evolution. Regardless of your opinion on the issue, I recommend this pamphlet which can be purchased for $3. There’s also an important publication about your cat and gun safety. That’s gonna be the next thing on my parenting agenda.

I’m glad I was able to share this with you today. Advice on how to talk to your cats about touchy subjects is welcome in the comments.