Random acts of kindness are really important in life. They get as small as holding a door open for someone or giving a sincere compliment. There’s no reason for us to share every kind thing we do for others because it will end up losing meaning. If we’re doing nice things just for hearing that we’re doing a good job, the gesture can get ruined.

That being said, I still document the more colorful RAOKs I do, mostly to let you know that you can do more planned out acts, too!

Recently, I did another version of Blind Books, where I wrap up books and write clues as to what the book is about on the packaging. Last time, I left them all over the city, but I thought it might be cool to leave them all out in the same place, so people could have more options. 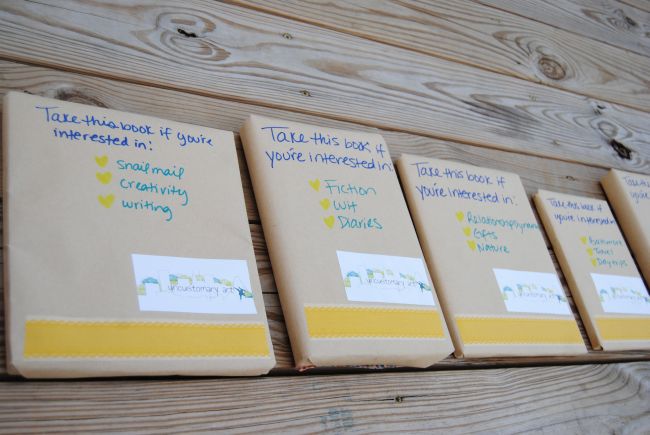 I hung up a bunch of spinny ornaments on a tree, so when the wind came through the tree looked even more magical. 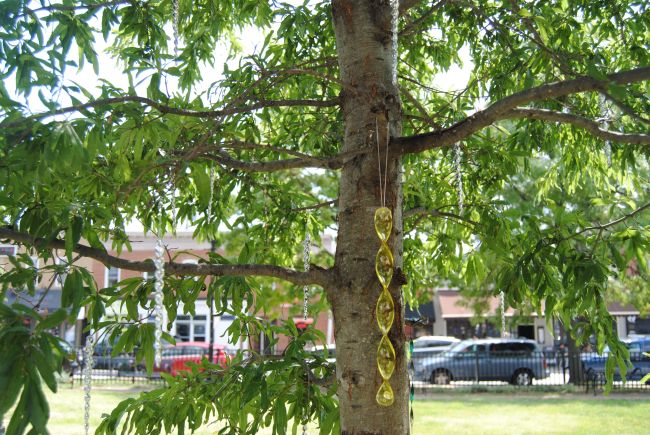 I received this gorgeous art journal in the mail a while back from a woman on Send Something. She recommended that I use it for an RAOK, and I did! Look how pretty! 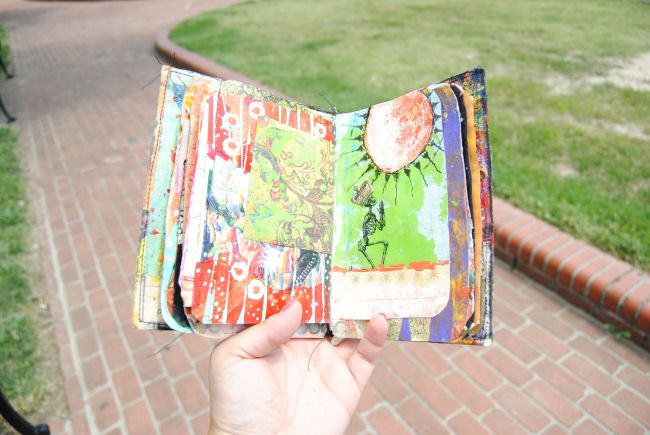 I left it in a bucket on a bench with some other small goodies. 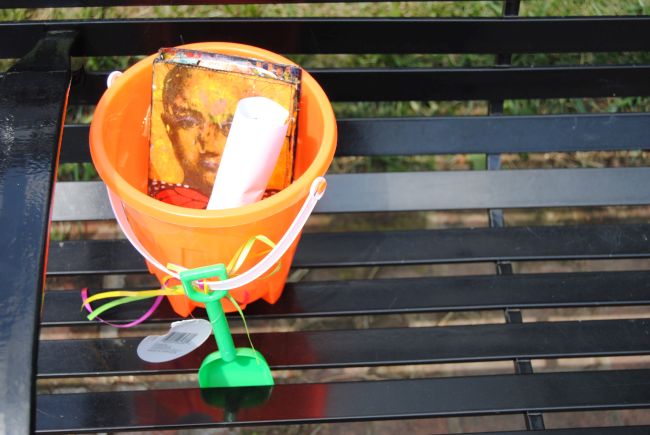 Have you heard about the Peace Box Project? It’s pretty wonderful. Go request your box now! It might take a while to get there, but it’s worth it. To support them, I purchased some of their stickers, and I’ve been leaving them up around town as a little reminder to strangers. 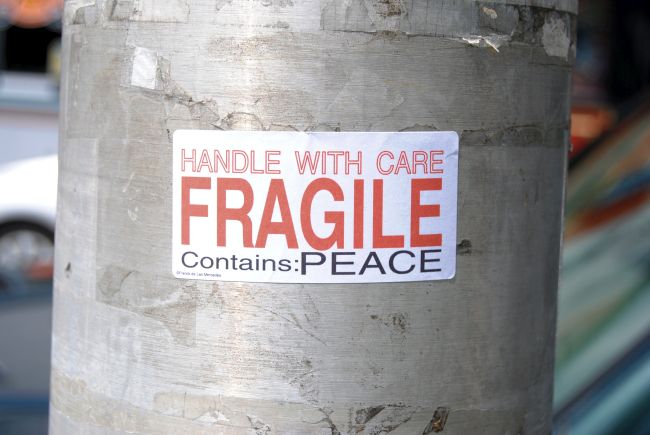 Speaking of sticking things up, when Janice and I stayed at Meredith’s apartment back in July, we covered the place in inspirational sticky notes. Quotes, sayings, stories, drawings. We hid them behind picture frames, under remote controls, and inside kitchen appliances. Meredith recently had to move, which we all know can be a stressful time, but she said that finding the sticky notes as she packed up made the transition a lot smoother. 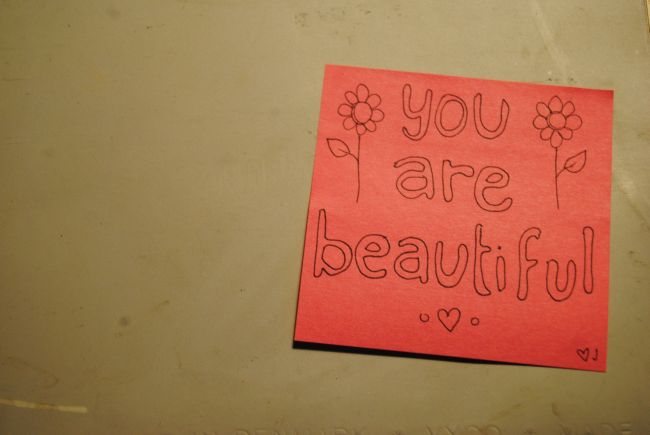 When I was putting up the ornaments on the tree in Canton, I walked by this bush that was covered in photos, seemingly honoring a dog who had recently died. It was very very sweet, and I wanted to share it. 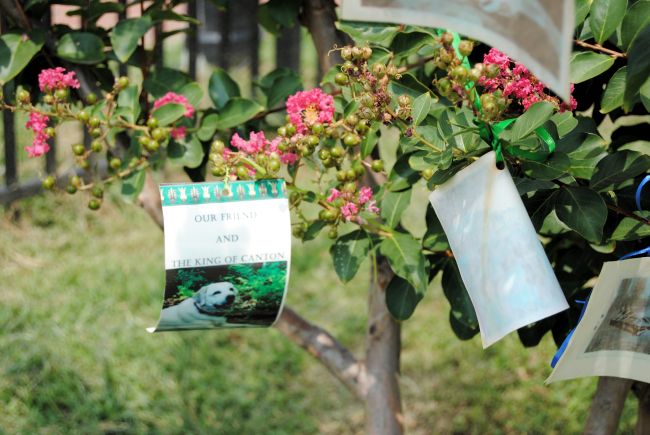 Want to do a random act of kindness but don’t know where to start? Check out the RAOK tag for ideas!