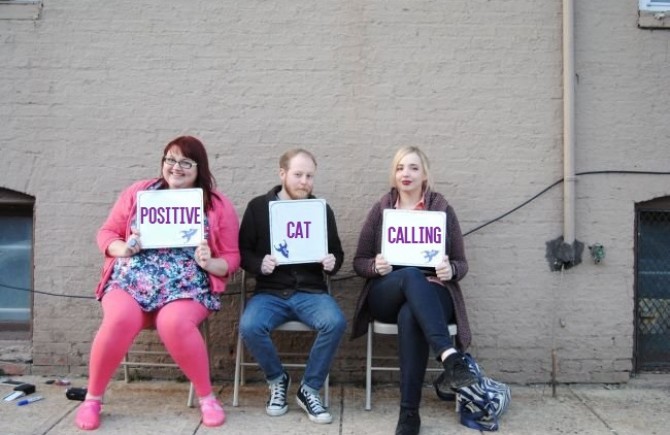 At the end of last year, the internet blew up with talk about street harassment. I actually didn’t mind hearing about it so much because of how relevant the issue is. I walk around the city a lot. I’m out looking for street art or doing my own installations all the time, and by doing so I encounter tons of strangers. I love interacting with strangers, which is a big part of why I love things like guerrilla art and snail mail so much, and I’d say most of the exchanges I have with people I don’t know are positive or weird in a good way. But that doesn’t mean they all are.

I’m not a classically attractive person by any means. Don’t get me wrong, I love myself and know I have a lot of value, but I’m just saying that objectively I’m not getting on the cover of a modeling magazine any time soon. I say this because street harassment doesn’t just affect “hot girls”. I have things said to me every single day that are unwarranted. Sometimes it’s the classic “Smile, baby!” which is funny because most of the time I am smiling. Sometimes it’s someone screaming a marriage proposal across the street. And sometimes it’s extremely lewd comments. “Girl, you can get a lot of milk outta them titties” isn’t exactly an appropriate thing to say to someone you’ve never met before.

Men who don’t have the natural thought processes to say rude things to women don’t really understand when we complain to them about it. And that’s actually kind of fair! A couple weeks ago I was walking around the streets for hours with a group of people (of both genders) doing a bar crawl scavenger hunt and no one said anything to any of us. But then I had to leave the bar to grab something from my car and on the 50-meter-long walk I was catcalled twice. It happens the most when we’re alone, so the men who don’t do it themselves have no idea how bad this catcalling thing gets.

Recently, I was telling someone the reasoning behind the project I’m going to share with you today, and he brought up the video of the woman who walked around New York for ten hours. He said “Yeah, a woman walked around for ten hours to prove a point and only got six minutes of usable video footage”. That made me sad. First of all, the internet audience as a whole doesn’t have a very long attention span, so six minutes is actually kind of long. I’m sure that she just used the best footage to create her point. Second of all, interactions only take a couple seconds, so six minutes of back-to-back interactions is actually way too much. I understand the point of “Yeah if you do something for long enough something bad is bound to happen”, but it’s not super applicable here. This video was intended to provide a voyeuristic peek into a point-of-view that you might not be privy to on a first person basis.

Anyway, after seeing all these articles, videos, and protests about this topic I had an idea. I wanted to create an opportunity for objectification but use it to make people smile. The way I wanted to do that was get a couple of my friends and some white boards to Rate Strangers. 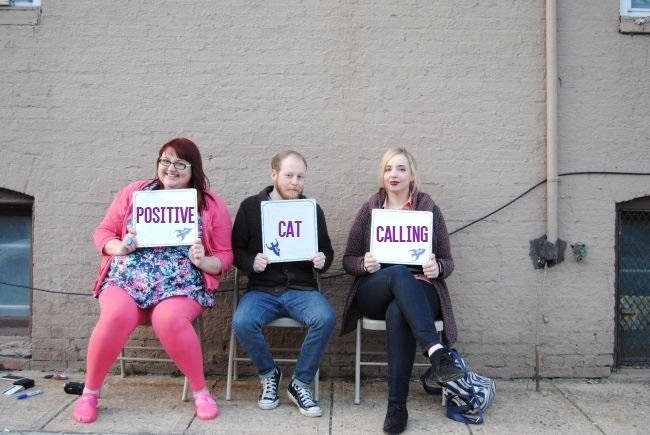 The original idea was to make it seem like we were three judges on the side of the street who were giving scores to people walking by; think Olympics Games. I made it clear that the ratings could only be 9’s and 10’s because the point of this was to make people smile, laugh, and feel good about themselves. Nick and Cristen ran with it though, and soon we were writing out positive messages and drawing pictures with our dry erase markers. 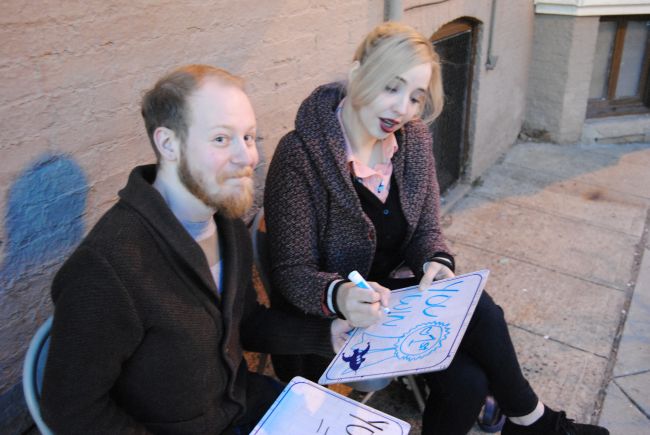 We sat in two locations (Fells Point and Hampden) and had a much better experience in the latter. It’s just the dynamic of the neighborhood; people are more willing to stop and engage whereas most of the people in Fells were passing by us while doing their daily jog. Things we wrote on our white boards were scores like 9, 10, and 11 (as in out of 10), “Great job!”, “You are beautiful”, “You look lovely”, and “Awesome!” We drew flowers, award ribbons, and smiley faces. 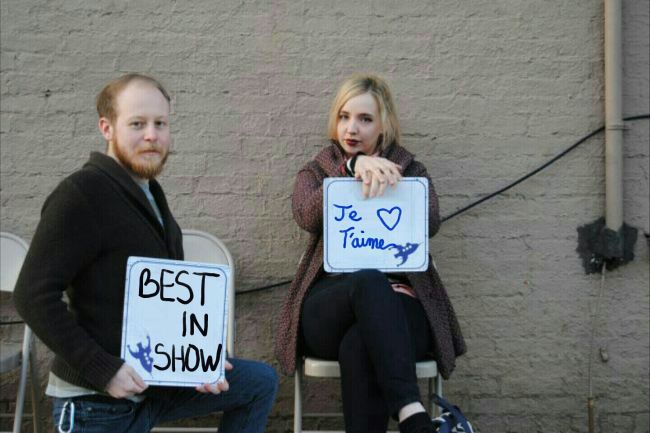 The interactions we had were really great. We started some actual dialogue with strangers about catcalling and street harassment. We met dogs, had lots of laughs, and heard some interesting stories. In the video, I included some of the original audio of the interactions. My favorite one was definitely the guy who asked if we were rating him on his haircut. It was so hilarious to me because we had never seen him before, but he was so genuine about it. Your haircut did look great, man. 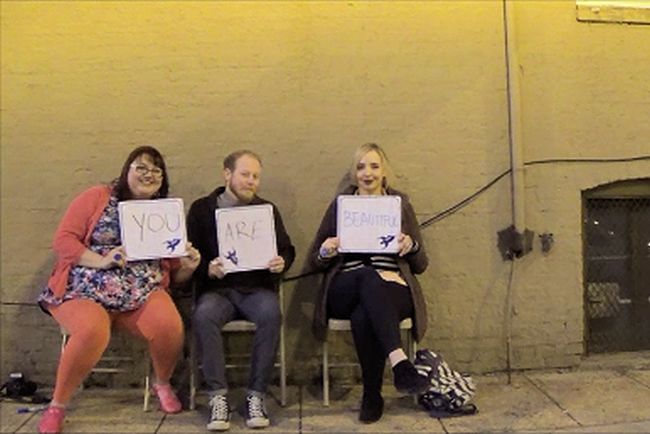 This experiment was super interesting. It was cool to see who actually looked up at us versus who walked by with their heads down. We played with the wording of the signs and noted the different responses. I wanted to be careful to not do the opposite of my intention, which was to make people feel good about themselves. I didn’t want to be a part of the problem and object people to even more catcalling! That would have defeated the purpose. I think we did a good job of walking the line and staying respectful, if only to create a dialogue about the issue and think about what’s really going on when we verbally approach strangers.

Special thanks to Cristen and Nick for obliging me, even when I ambush them with no warning on a windy day.