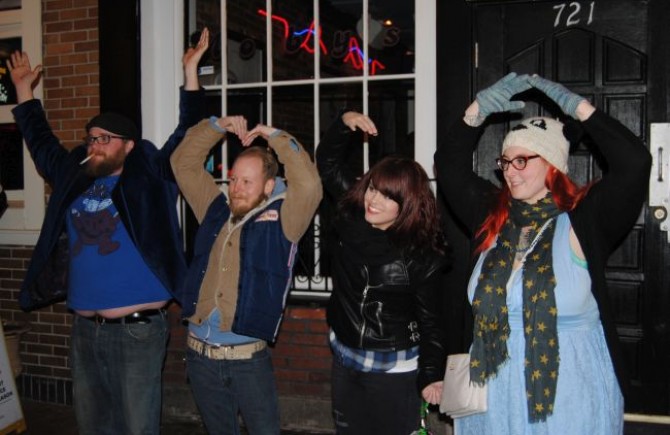 Since Winter has been getting a lot of us down, I decided to organize an event where the activities would be mostly indoors. A scavenger hunt between bars in a fun neighborhood like Fells Point seemed like a good idea, so I started making a list of things that I’d want people to do and find. On Friday night, I headed to Dogwatch Tavern with my camera, a couple dozen photocopies of the list, and two fists full of blue beaded necklaces for morale. People started trickling in, and after we mingled a bit we got down to business.

There were 20 items on the list of activities each team needed to do, photograph, and post on Instagram with a hashtag. There were also a few things that needed to be physically collected, as well as specific drinks that were to be consumed. 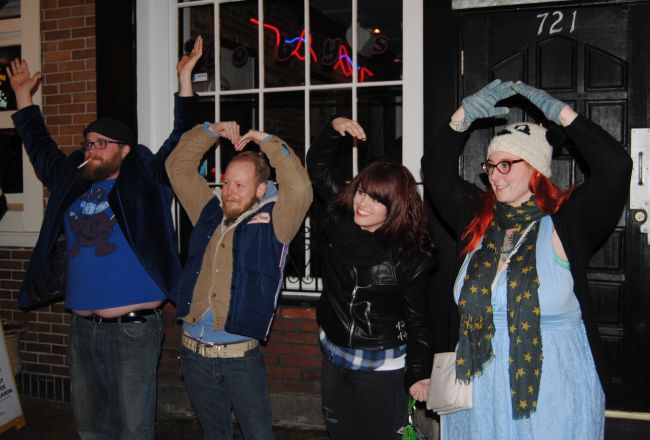 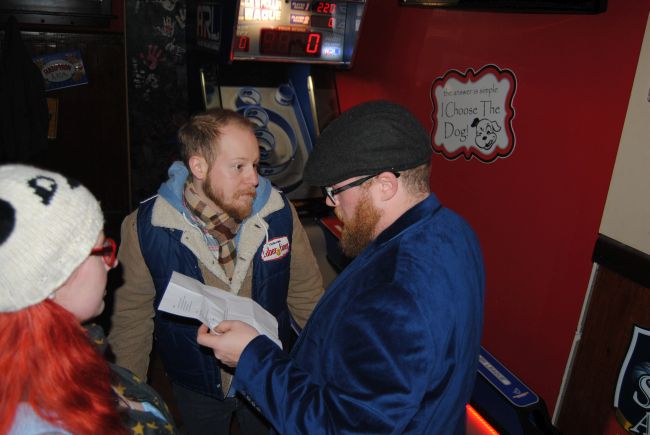 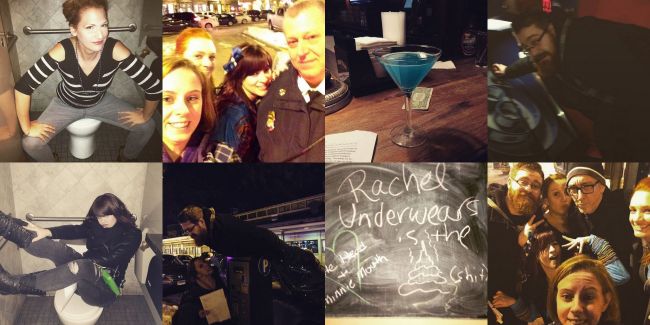 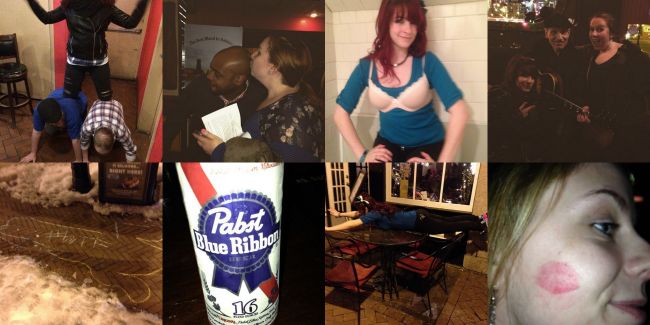 As I explained the rules to the five teams that formed, I reminded them of the extra points they could get in addition to the challenges. One was whoever presented a picture of the most hipster stranger, and the other was an additional point for every different beer bottle cap that was presented to me at the end of the night. I had a feeling that was going to make or break the competition, and I was right! The scores were very close, but the winning team brought me an entire bag full of bottle caps! They ended up beating the runner-up by 15 whole points. 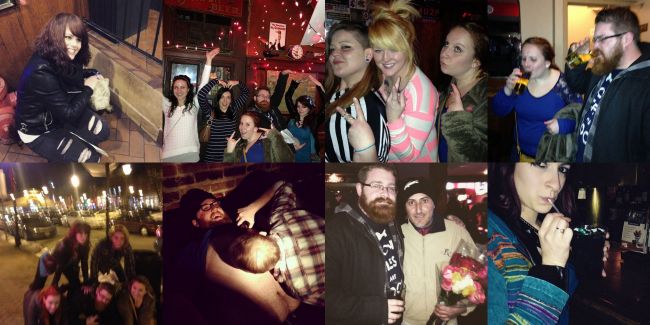 I didn’t participate in the competition, but I did follow around the team Joe was on. I took pictures and had to bite my tongue when I saw opportunities for his team to score points. It was really fun to watch everyone get silly, to run into other teams on the street, and to consistently refresh my Instagram feed to see new hilarious photos. 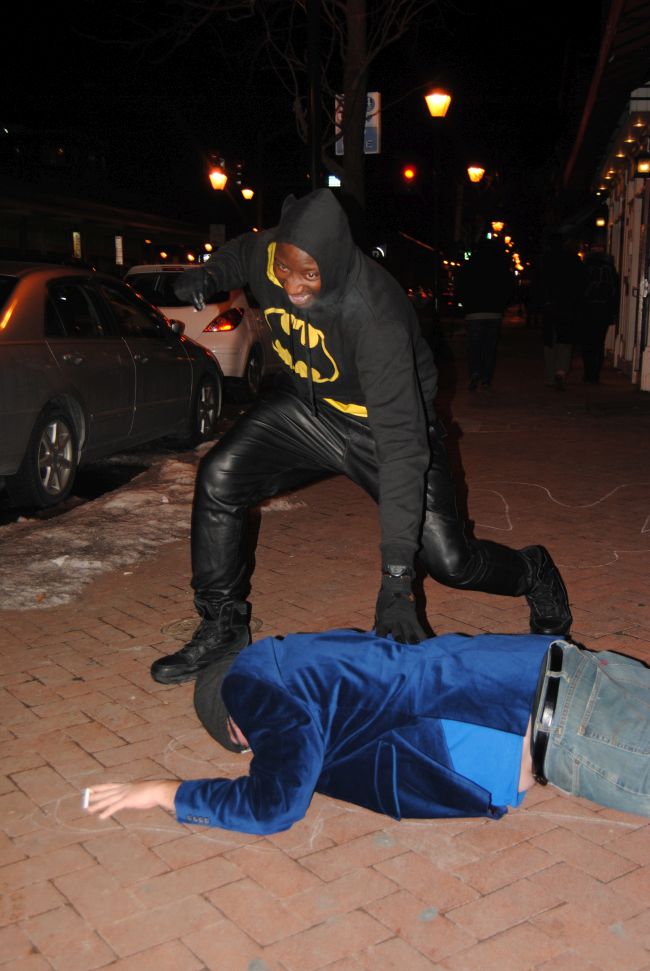 One of my favorite parts was as I was handing out things to start this adventure at the beginning of the evening, a group of people playing pool inquired about our festivities. They asked if they could participate, and I was thrilled! I’m always happy to get strangers involved in fun.

We all met at midnight at The Rockwell to dance as I calculated the results and passed out the prizes to each member of the winning team. It was a fun night, and I’m really grateful to everyone who came out! I had asked everyone who came to wear blue so we could be identified as we scattered around the cobblestone streets, and in hindsight I realized how hilarious it would have been if I had shown up in white and gold, as it was the day after that insane Dress Debacle.

Have you ever participated in a bar crawl scavenger hunt? Would you?

What would be on your own Bar Crawl Checklist?

The photos in the collages were not taken by me. They were taken by multiple people participating in the challenge, and I thank them for posting them to Instagram.