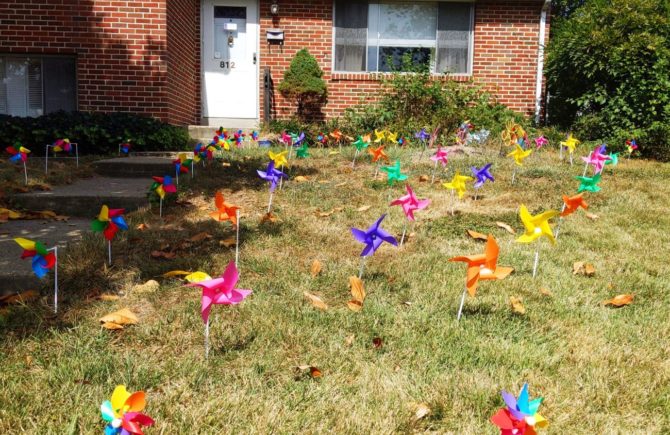 After my cat, Bug, died, my grief took many different forms, but one of them was action. I recognized that the last lesson Bug left me with is we never know how much time we have left on this planet to accomplish our goals or spend with the people we love, so we need to do them as much as we can as often as we can NOW.

I wish I had spent more time with my cat before he died. And I realized I wasn’t spending enough time with my dad either. I do all these things for other people, and my dad does so much for me, so why don’t I turn that around and give back to my dad? Truth be told he’s a little hard to give to. He’s a creature of habit in a really stable, reaffirming way. He’s a true dad, very supportive, and sometimes it’s hard for me to think to take care of him and I think sometimes it’s hard for him to think of himself as someone who needs or wants help. But when Bug died, I knew he needed a little more support because something so big was missing. I honestly need to do more, but I wanted to share one of the things I did for him.

One day, when I was living with my dad still, I had brought home one of those pinwheels from the dollar store. My dad loved it. He thought it really brightened up the yard, which it did. When the tree fell down, Bug was really sad because he couldn’t see the birds from the window anymore. So my dad asked me like ten times where I got those pinwheels and he started collecting more and more and decorated the tree stump with them. He always said Bug liked to watch them, and he definitely did, but I think really not only did my dad like to watch them himself, but he liked to watch Bug watch them.

I knew what I wanted to do. I ordered a very large amount of pinwheels on Amazon. I misread the description or they delivered the wrong thing, because I got way more than I thought, but they were ones you had to make yourself. Huge shout out to Joe for helping me (ahem, making) make them. I prepped them, but was somehow unable to finish the process with the end pin which was really frustrating, and I’m very glad I had him to help me. For a few days, every night, we would sit on the bed and watch TV while we make a bigger and bigger pile of pinwheels (I think it was over 100 total).

We filled my backseat and trunk with them, and waited till my dad was at work to go to his house and fill the lawn. Here is what the house looked like before. We organized the pinwheels by type and color in my car. And we were ready to go. Joe had the idea to line the walkway with them, which ended up being my favorite part. The ground got really hard on the side close to the cement wall, and we were unable to stick the sticks in the hard ground, so we ended up doing a bit of an abstract pattern, but it came out really cool anyway. The most important part was the sign on the door. I wanted my dad to know the significance of the pinwheels and that Bug is never gone. So I told him that whenever he sees the wind flow through these pinwheels, that Bug is with him. I stood there, waiting for the pinwheels to move. Nothing happened. I yelled at Bug and said, “I hope you like it, please show up” or something like that. Nothing. So I walked back to his grave in the backyard. I talked to him, and cried. It was the first time I had visited him (a few weeks) since he had been buried. I told him how I felt and how much we loved him and how much dad was struggling. I told him what I did in the front yard and that dad knows you are with him any time you blow through the pinwheels, so please show up as wind as often as you can for him. And as I said that, the singular orange pinwheel I put on his grave started spinning wildly. He was there.

I walked around to the front of the house again, and they were rotating. They were moving!

I’m not really into the concept of heaven or hell. I don’t believe in a traditional god. But I do believe in souls, the universe, and connection. I also think that magic is what we make of it. And whether that wind was Bug or not, I believe it was, and it helps, so it works. That’s love. That’s magic. I got in my car and texted my dad. I told my dad he needed to not worry and nothing was wrong, but I had a surprise for him at his house, and to please come home on his lunch break. I waited and waited for him to text me and he just wrote, “Speechless”.

He tells me how people stop by to compliment his yard. He messaged me to tell me he needed to mow the lawn and he was going to have to rearrange them and was that okay and he might spell out “BUG”. He is adorable. And two months later, that sign is still taped to his front door. Don’t save your kindness and creativity for internet strangers. Don’t save your built up frustration and guilt trips for the ones you love the most. Make sure you’re giving to yourself and your loved ones first. That’s important. That’s what Bug taught me. And I hope when you see a pinwheel, you’ll be reminded of that.