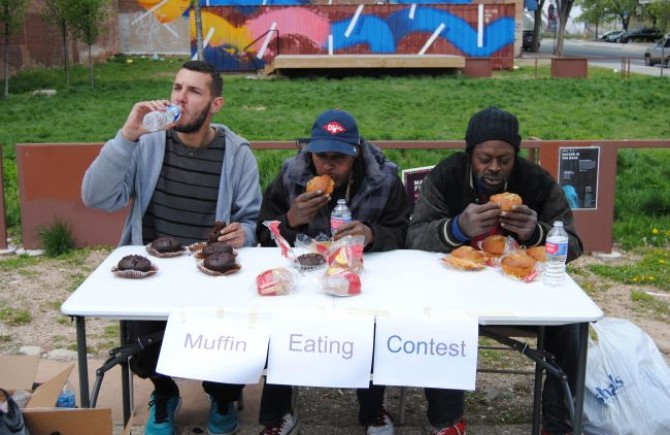 I got a call from Charlotte, who was slightly in distress.

C: “Mary! I have three hundred muffins and I don’t know what to do with them!”
M: “I could have a muffin eating contest on the street.”
C: “See? That’s why I called you.”

Her boyfriend’s work had received a bunch of boxes of muffins because the warehouse next door placed an incorrect order or something. I don’t really know the details, but I know that soon enough the backseat of my Honda was full of giant muffins in two flavors: Banana Nut and Chocolate Chip. 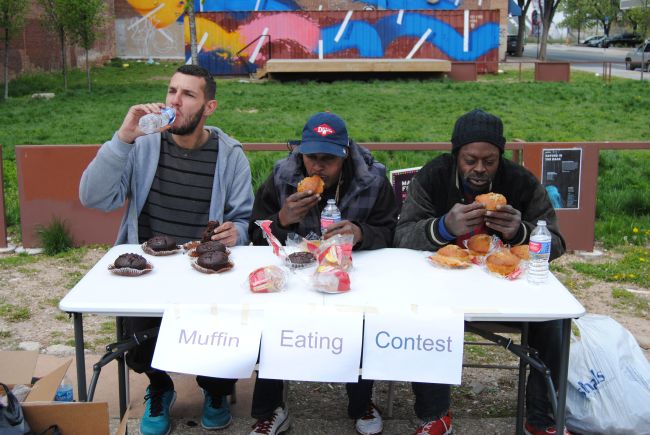 On the day of Freddie Gray’s funeral I picked up Cristen and April and squeezed them in my car with a table, three chairs, and the aforementioned muffins. We set up in Station North, the same place that the March For Love + Justice would start a few days later. We got the attention of people on the street and ended up doing two rounds of an impromptu muffin eating contest. 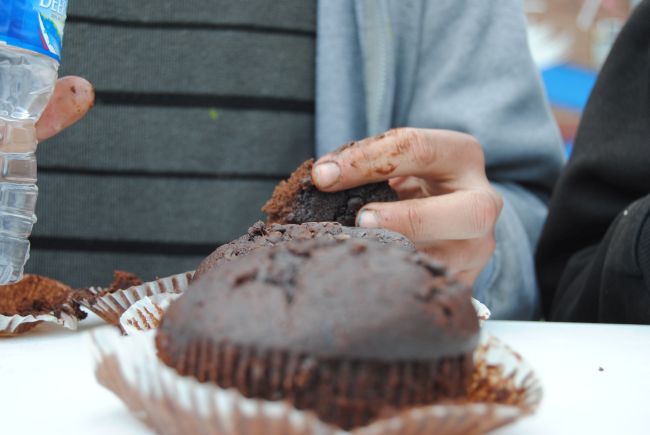 Each contestant signed a waiver declaring that they had no food allergies and consenting to photos. We had water bottles and what seemed to be an infinite supply of muffins. Everyone had their choice of flavor, and were allowed to prep their muffins (i.e. open the packaging) beforehand. The contest lasted for five minutes, in which they were supposed to eat as many muffins as they could. They were only competing against each other, which meant that if two of three contestants only ate one muffin and the third ate two, the third contestant would win. The muffins were big, and we didn’t want anyone to get sick or choke! 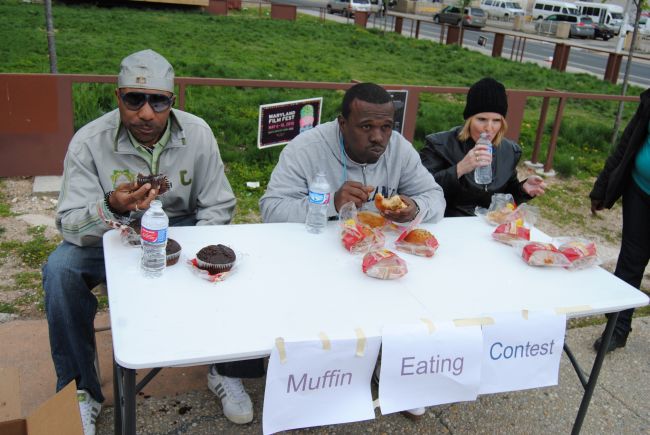 The winners each got $20, and the other participants got to be full of free muffins for the rest of the day. They were also allowed to take extra muffins with them, and people who passed by or stopped to watch the contest were also offered free muffins. 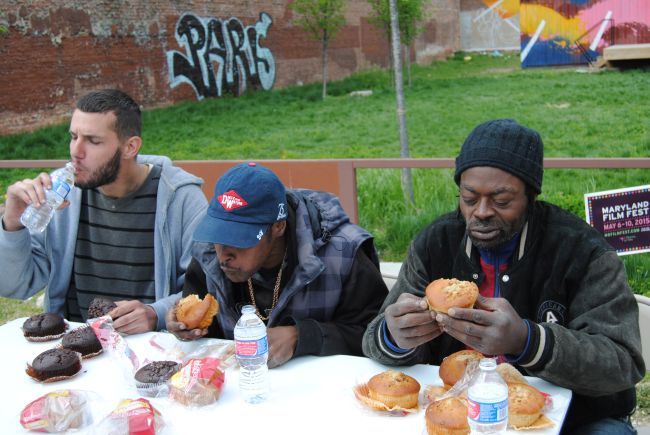 The winner of the Round 1 was T.J., and the winner of Round 2 was George. Thanks to Jamar, Don, Larry, and Theresa for participating, even though they didn’t win! Poor Theresa tapped out after one muffin! I’m telling you, those things were dense. 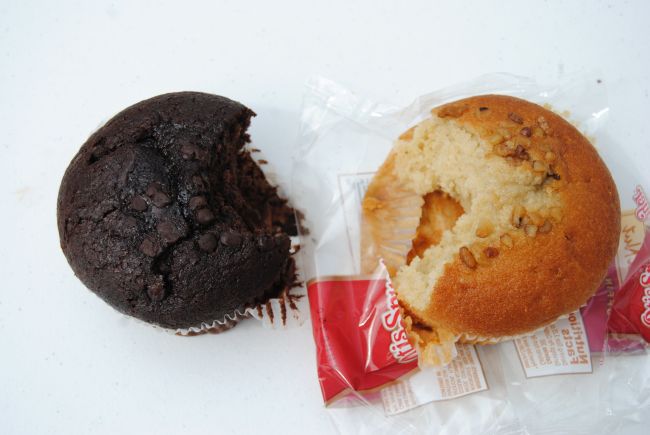 After we cleaned up, April, Cristen, and I drove around handing out muffins to homeless people with signs on street corners. The remaining two dozen were donated to my dad’s work and Cuntwhistle Manor. 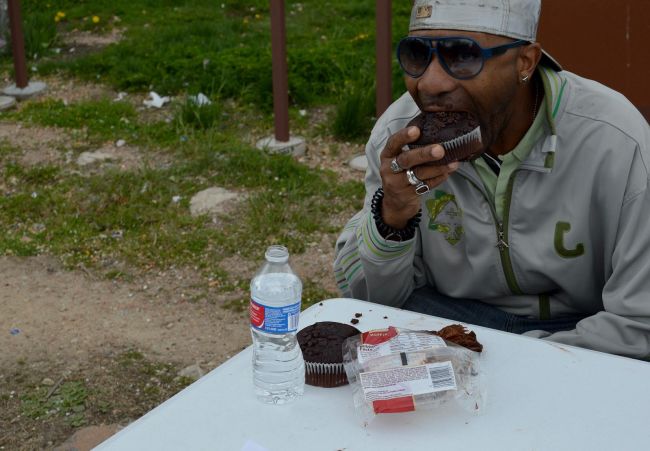 I’m taking morale very seriously right now, and I want to make sure that my city is aware that good is still happening all around them. Forty bucks and key utilization of muffins was a small price to pay for smiles. The video is silly, so make sure your sound is on when you watch it.

Thanks again to April and Cristen for helping me set up and document, Charlotte and Jason for the muffins, and the people on the street willing to humor me! Stay happy and determined, Baltimore. 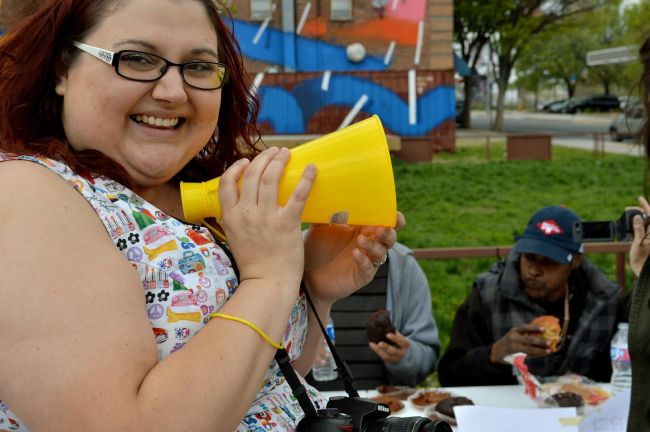