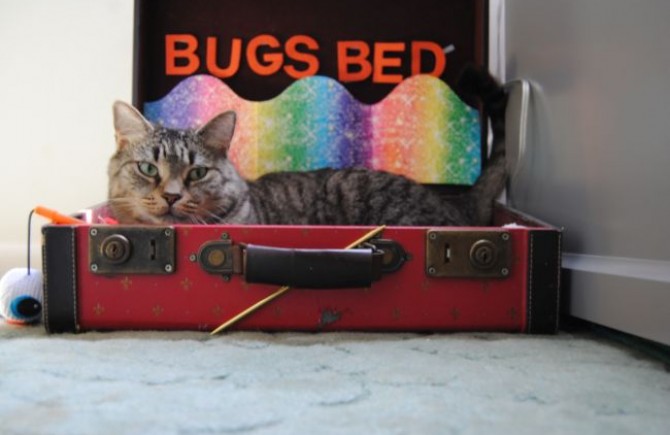 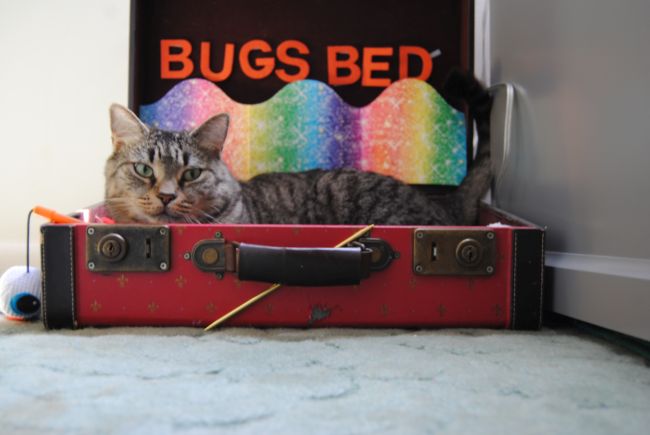 I haven’t done very much to accommodate your desire for “More Bug” on the blog (except the video footage I posted a few months ago), so today I want to show you his bed. I say his bed as if this is the only place he sleeps, but he honestly rarely does. Not because he doesn’t like it, but because all furniture is his and he sleeps wherever he wants. 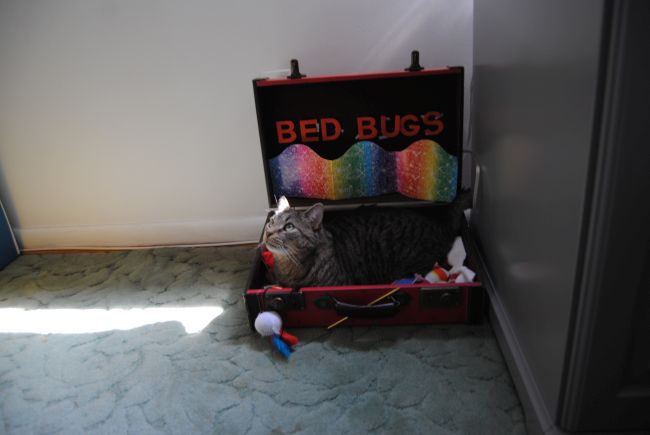 Other places he sleeps: two different purple chairs, velvet love seat, my bed, studio couch, windowsill cushion in the studio, top bedroom bed, under my desk, under the studio desk next to the vent, in the sink, in the living room window. 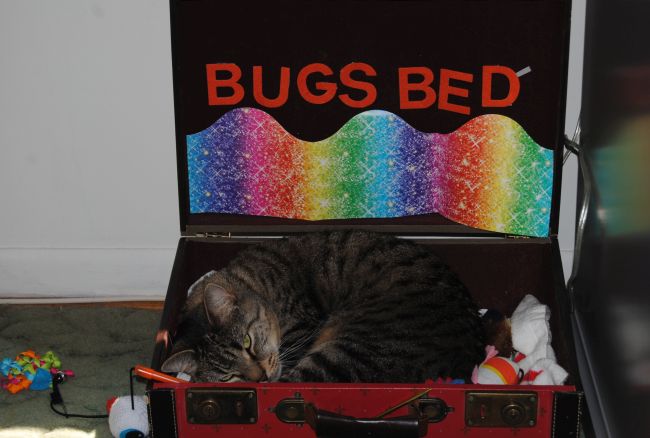 This bed is made out of a suitcase that Cristen was going to get rid of when she was cleaning out her apartment. I put in a blanket, his toys, and a rainbow swirly thing that Karen sent me. I used Velcro strips to put up letters that say “Bug’s Bed”, but because they’re Velcro it can also say “Bed Bugs”, which is honestly just as accurate. 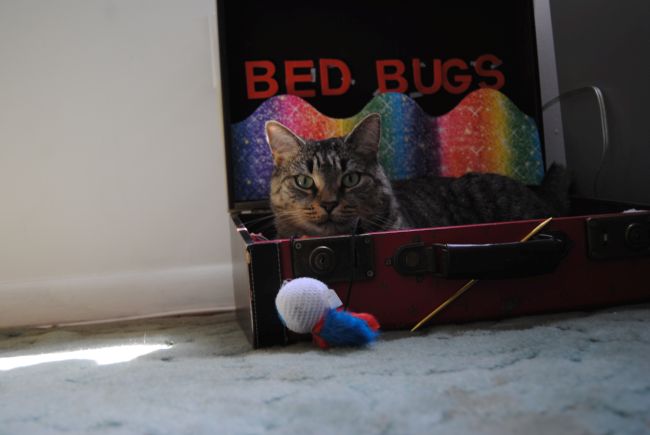 Bug’s birthday is coming up on June 1st. He is going to be 5 years old!! Can you believe that? He is accepting presents in the way of treats, toys, and death certificates of birds. 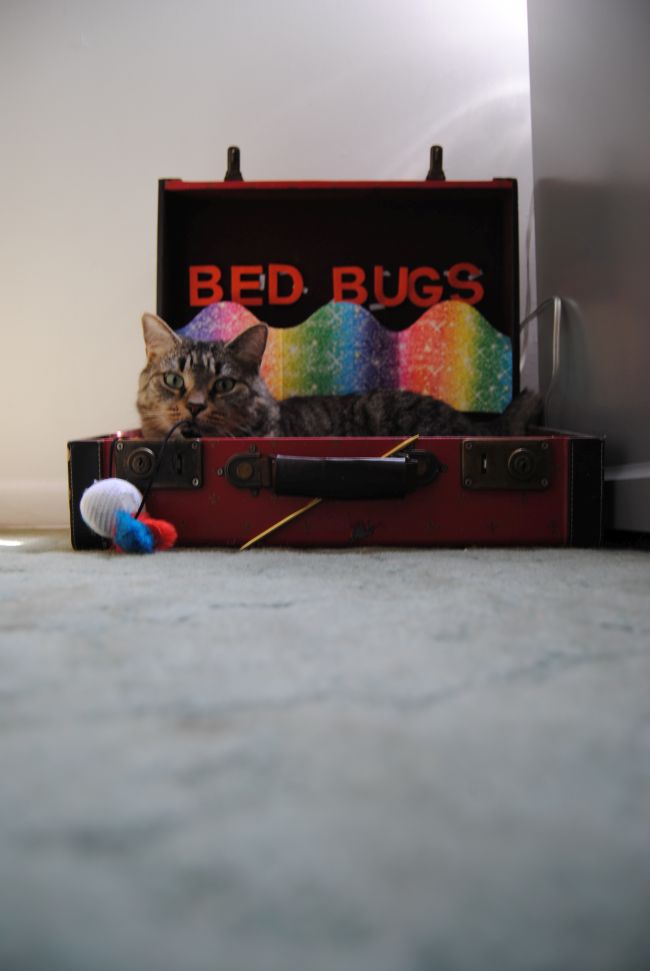 This is less than 25% of his toys. He’s spoiled as hell. Some of his toys are things that were once mine, but he stole, like the cute Ariel doll from Jaclyn. Also in his bed right now are the witch hedgehog, the iridescent bat, and the dinosaur that used to hang in from my rear view window. There’s also his wand that has some colorful ribbons and a crocheted eyeball on the end of it. He likes that. 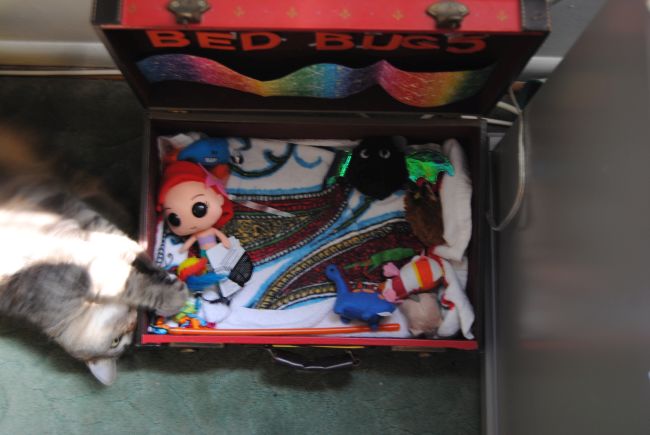 Does your cat have a bed?