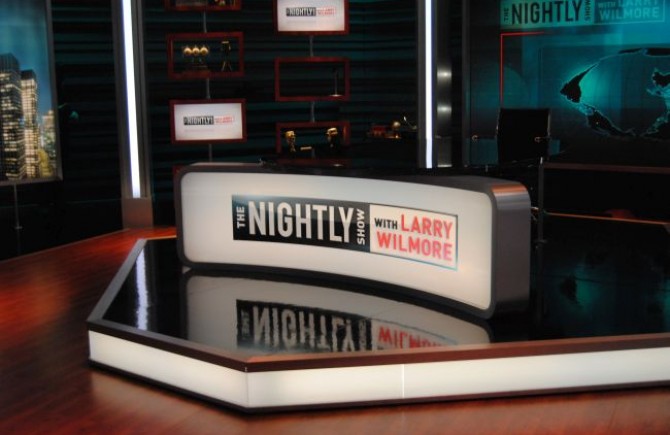 Bucket List: Be A Part Of A Studio Audience

My friend, Sara, got two tickets to see The Nightly Show with Larry Wilmore in New York. She had to write down the person who would be using the ticket on the spot, and she took a gamble that I’d be up for an adventure, which I was. So on April 30th, we headed north to the Big Apple to cross “be a part of a studio audience” off my bucket list. 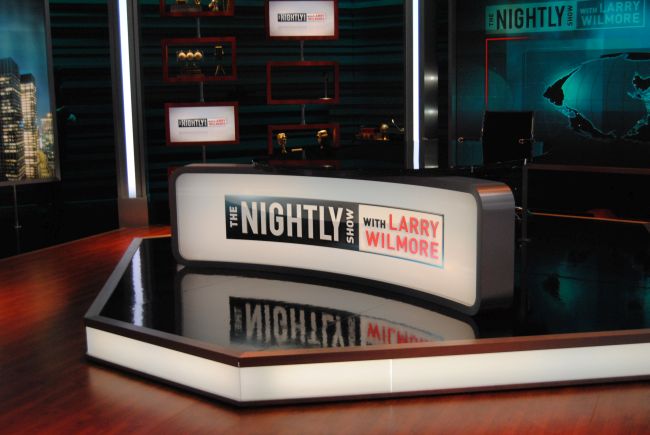 The timing of our tickets was actually pretty perfect, because the content of the show was about Baltimore and the current events in our city. The warm-up comedian picked me out of the crowd (this always happens). “You in the red, you look like you like to have fun!” He asked me where I was from, and it was pretty interesting to be from Charm City that day, so the whole crowd became super interested. He asked what I did for a living and I got to tell everyone about my blog!

The part of the show about Baltimore was awesome, because the host had actually been there the night before to, get this, eat pie at a local diner with members of The Crips and The Bloods. In case you hadn’t heard, these two gangs in Baltimore recently came together in a truce to represent unity in Baltimore. It’s a really beautiful thing. 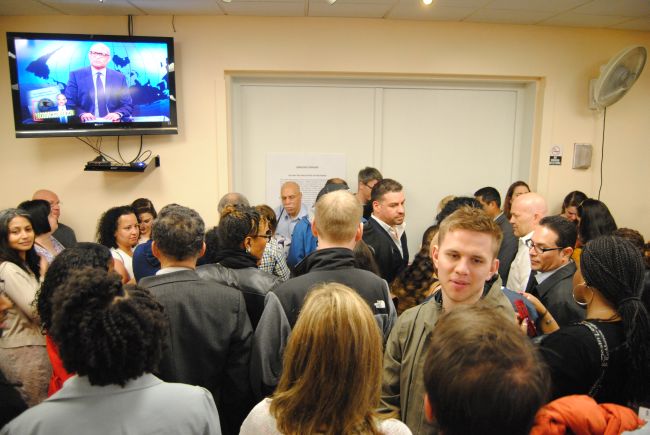 Logistics of the show included the fact that our tickets did not guarantee us a spot, we had to still be one of the first people to get there. We had to go through security and cram into a small room before we were actually let into the studio. The studio is much smaller than you’d imagine, with three main stages that all connect, but with camera angles you assume things are giant.

We didn’t know the guests until we got there, who ended up being a woman named Dana Perino, Brad Garrett (the brother from Everybody Loves Raymond), and awesome comedian Lewis Black. During the breaks, a make-up artist came out and touched the stars up. And yes, they all just keep talking while they’re getting padded down with powder like in the movies where you’re like “Really? They can’t take a second and let them fix your foundation? You just have to keep going about your business?” Yeah. It’s actually like that. 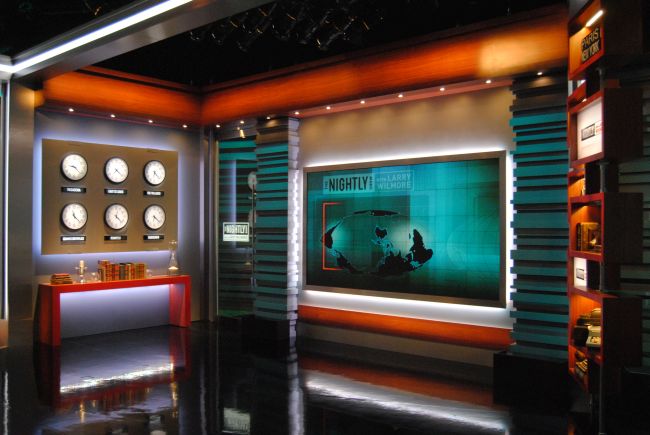 There was a woman telling us to applaud loudly as the segments started again, and the audience had microphones hanging from the ceiling to pick up our actual sound. There’s no laugh tracks, so what you hear is real. And in this episode there’s a couple times I can hear myself laughing, which is pretty cool.

The show was great. Super political and hilarious, covering actual issues in a way that is entertaining  and real while still light-hearted. There was a section in the panel when the guest, Dana, brought up some nonsense about the gangs coming together to be racist against Asians and other races, and Larry just shut her down. It was kind of amazing. He didn’t tolerate it at all, and you could actually see her brain malfunction and flounder. I thought to myself, “Yeah, go call your publicist, lady”. But what was great was after the guests left, Larry said to us, off camera, that he might disagree with someone’s views but he always respects the people he hosts. They actually cut that part out of the show, which is to her benefit because she looked like a damn moron. 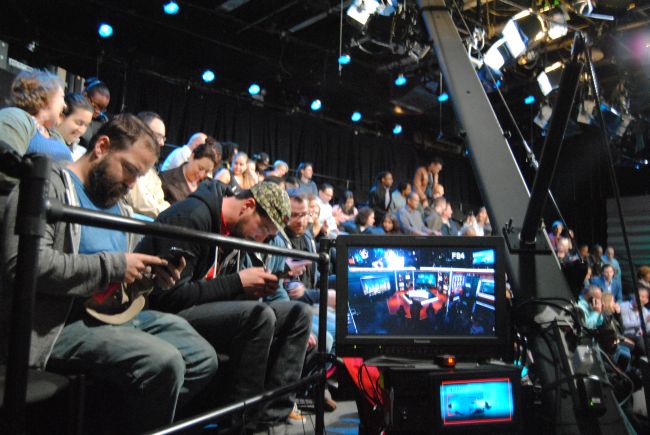 There was one segment he had to re-do immediately after because he stuttered over some words, and after everything was done he had to re-read an intro statement because he accidentally said “Monday” when the event actually happened on “Tuesday”. It was interesting to see how that stuff works. There were no cue cards, he was very prepared. There was a screen facing him that showed how the recording was appearing, so he could interact with graphics on the screen, and the audience had that same footage on screens above our heads, so we could follow along as well.

We weren’t allowed to take any photos of the show in progress, but I did obviously manage to get some of the studio itself. If you have Hulu, you can watch the episode here. And if you don’t have Hulu, you can see it now on Comedy Central’s site, but I don’t know how long it will be available for. 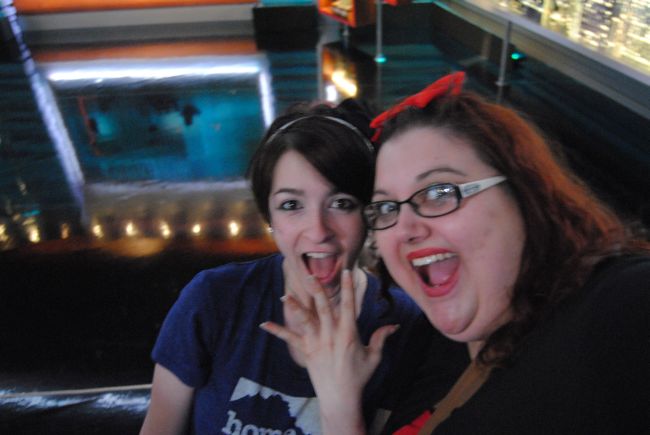 Feel free to ask me any questions about this stuff! I might have left some details out. And if you’ve been a part of a studio audience, please share below! I want to hear about it.

OH AND ONE MORE THING. 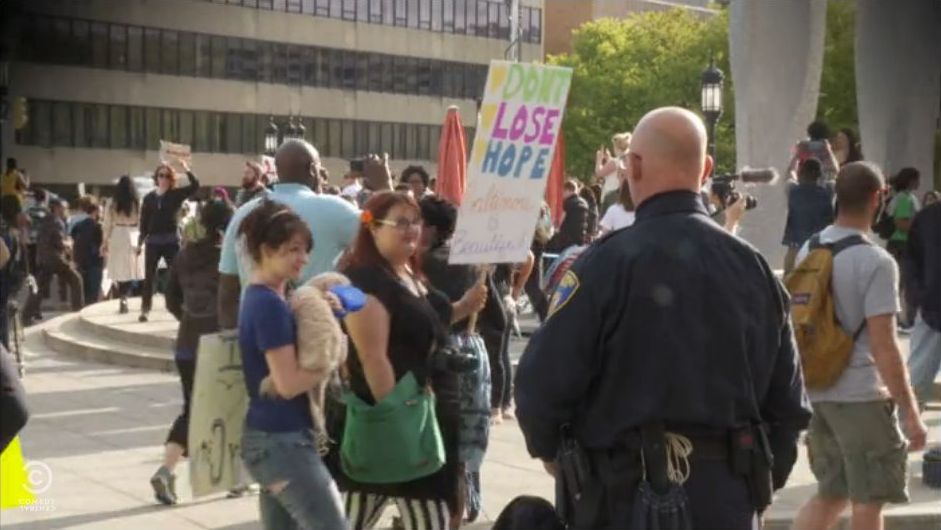 [screenshot, credit of The Nightly Show]

The episode after we were in the audience, the show covered the March For Love + Justice we were a part of… and you can see us!! You can see the episode on Comedy Central and Hulu, and I’m in frames 9:04, 9:16, and 9:19.