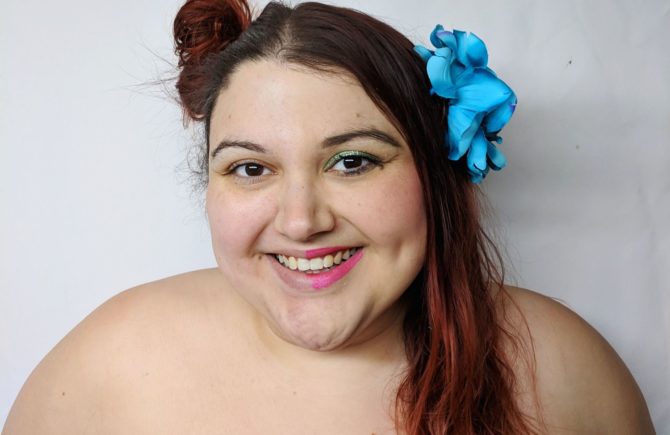 On March 30th every year, there is an unusual holiday that is not necessarily very “lighthearted”, but we still get the chance to observe it because it’s pretty important. It’s World Bipolar Day. Bipolar Disorder affects 5.7 million people just in the United States and 60+ million people across the world. That’s a lot, and there’s still a lot of stigma and ignorance around the disorder. People don’t understand many mental illnesses, and it’s understandable to a degree because you can’t truly understand a mental illness until you’ve experienced it first-hand. Obviously living with someone, like a family member or a significant other, who has a mental illness, puts you closer to the issue and makes you more knowledgeable. But until you understand the total lack of control you have over your mind, body, symptoms, etc. it’s kind of hard to effectively explain to someone who hasn’t been there and only read a definition in a textbook.

That doesn’t mean we can’t learn, though! We need to spread as much knowledge about mental illnesses as possible, and that includes Bipolar Disorder. When I worked at the psychiatric rehab center, about half of our clients had some sort of Bipolar diagnosis. For years, I had “Mood Disorder NOS” (Not Otherwise Specified) at the bottom of my Face Sheet (list of mental disorder diagnoses) because I had mood swings and a history of depression, but not enough “classic textbook” symptoms to actually diagnose me with Bipolar Disorder. Then, one summer, it hit me. Like a truck, it hit me. I’m a Gemini, and I’m no stranger to having multiple “faces” so to speak. I get my energy from external sources, and feed off different people in different ways. I can be a completely different type of friend depending on what type of group I’m surrounded by. And that has never felt fake to me; it just gives me a chance to show all the types of my personalities and explore them. But Bipolar was a whole different spin on having multiple faces.

See, most commonly, people with Bipolar will mostly struggle with depression and not have manic episodes nearly as often. And either way, the length between the two types of episodes can last for weeks or longer. Not me. When it hit me, I learned that I was what’s called a Rapid Cycler. That means that I can go from full on depression to total blast mania and back to deep depression within twenty-four hours. Sound exhausting? It was. It is.

Up until that point, I’m going to be honest with you: I thought Bipolar Disorder wasn’t “that bad”. A very large percentage of our population at the psych rehab also had Schizophrenia, and I secretly thought that I’d “much rather have” Bipolar than Schizophrenia. That was mostly because I couldn’t imagine dealing with how difficult Schizophrenia is, but I was not giving Bipolar enough credit. During the first couple years of my onset, I truly understood why people with Bipolar committed suicide. I remember one day being in the studio with Maura, being super happy and having fun. All of a sudden my body stopped and I just started sobbing. My make-up ran and I was heaving. I looked at my reflection in the mirror outlined by lights, and thought, “If this doesn’t stop, I can’t keep doing this”. And I meant it.

Because of how bad my mania was, my psychiatrist wanted to prescribe me Lithium. I don’t mean this in offense to anyone who takes Lithium, has taken Lithium, or has found solace in Lithium. But FUCK LITHIUM. I have worked with people who take Lithium, gone to school for psychology, and read too many stories about what Lithium does to people for me to ever take Lithium. I was non-compliant with Lithium and it’s sister-drug Depakote. The remaining two options for me were Lamictal and a drug that’s mainly used as an anti-seizure drug, but can sometimes help with mania.

I started taking Lamictal and it worked. In three weeks after it got into my blood stream, I could get out of bed when I wasn’t depressed and I wasn’t getting up at 4 am to do laundry. I was leveling out and it felt amazing. I cried tears of gratitude. It was a relief I can’t explain. I was just so happy to have this in my life.

When I left my doctor’s office the day she prescribed it, she said offhandedly, “Oh this won’t happen, but if you ever notice a skin rash after taking this, stop taking it immediately and call me, because it’s fatal. But it literally only happens in like one of every eight thousand people”. I didn’t think anything of it. I was actually on it for a year before anything happened. One day, I was getting a massage and I’m so glad I was because the rash was on my lower butt. The mirror in my bathroom isn’t a full body mirror and I can’t see my butt when I get in the shower. So if I hadn’t gotten a massage, I might have never seen that rash and died. If you have it and keep taking the medication for 72 hours, you die. Seriously. Google it. It was a red rash, not raised, not itchy, no symptoms other than visual in a place I couldn’t see.

I sat there on the massage table after being alerted that I had a rash on my butt and asked what it was. I was going over and over in my brain what it could possibly be. I had gone to a festival the weekend before. Could it be poison ivy from walking through the forest that one time we made a short cut? It doesn’t itch, it’s not raised, it apparently doesn’t look like that pattern… All of a sudden it hit me and I asked for my phone. I Googled “Lamictal rash” and asked if that’s what it looked like. “Yes! Exactly that!” I don’t know that I’ve ever started crying quicker. The tears shot out of my face like rockets. I was heaving. The one medicine I could take to help my Bipolar was now not an option because it was literally going to kill me. I verified everything with my psychiatrist and discontinued use. I’ve been struggling with mental illnesses like OCD, Tourette’s Syndrome, Generalized Anxiety Disorder, and Panic Disorder since I was eight-years-old. Symptoms aren’t weird to me. I’ve done Cognitive Behavioral Therapy to figure out how to work with the irrational part of my brain, and it worked really well for all things anxiety related. But it never worked for Tourette’s because it’s so neurological. Tourette’s is basically like a sneeze that has to come out, and I have no control over it. I have no control over Bipolar, but in a completely different way. It just feels like I can’t control if I’m actually happy or sad, energized or fatigued, etc. If medicine levels me out, I question if this is the “real” me. But when medicine isn’t working, I feel helpless and out of control. So far, Bipolar has been the hardest thing to deal with on my list of diagnoses because I can’t predict it, except I do know that there are three months of the year when it’s more likely to come out. But even within those months, I’m just along for the ride. And so are the people in my life.

When Bipolar is running the show, everything else suffers. My self-care, my personal hygiene, my eating habits, my movement, my communication, my substance use, my hydration, my work, my motivation, my sex drive, my follow-through, my sleep, my spending habits, everything.

As with the rest of my diagnoses, I know this is probably for life. Women tend to get their Bipolar diagnoses around 30. I was a couple years early, but I already had tendencies (and it’s just an average). I know this is part of me now, and every year has objectively gotten better dealing with it. That doesn’t mean it’s good, it’s just that I’m learning about it and myself and how I react and interact with it. Dealing with Bipolar for me means taking medication, going to therapy, being in the care of professionals, and utilizing self-care. You can find help with online psychiatry if you’re struggling, too.

I hope this has shed a little light on what it’s like to have Bipolar Disorder. If you have any questions about it or in general for me, please feel free to leave them below or e-mail me.

Love to all my fellow Bipolar Babes.