Last year, I attended the last meet up of Baltimore’s Playground for the season. I had a total blast, but I had no idea how huge this event usually is. Now that the weather has warmed, Jason has started his fantastically fun monthly meet ups again, and I couldn’t be more glad.

There was only a small group of us who met up at Pitango beforehand, but it only took us, our enthusiasm, and a shit ton of hula hoops to attract a large crowd. Within minutes of us hula hooping as a group, bystanders meandered over to us, asking what was up. What was up was a bunch of adults acting like the quad area of Fells Point was our playground, and we encouraged them to join. 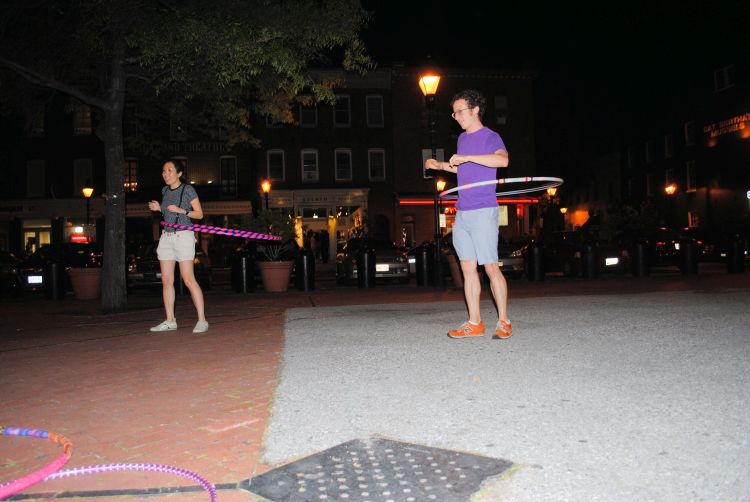 Jason (coordinator) and his girlfriend, Aline

We played foursquare in multiple areas, twirled light-up jump ropes for people to use, and eventually worked our way up to double dutch. You’d be surprised how many random people walking down the street art capable of double dutching. Have you ever tried it? It’s hard. 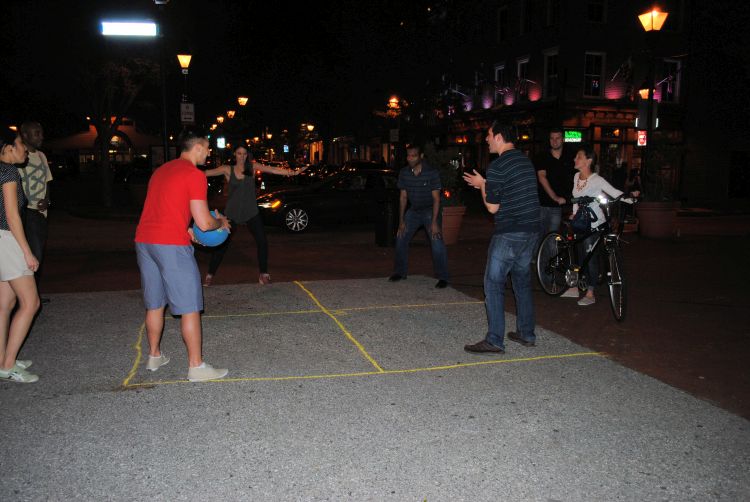 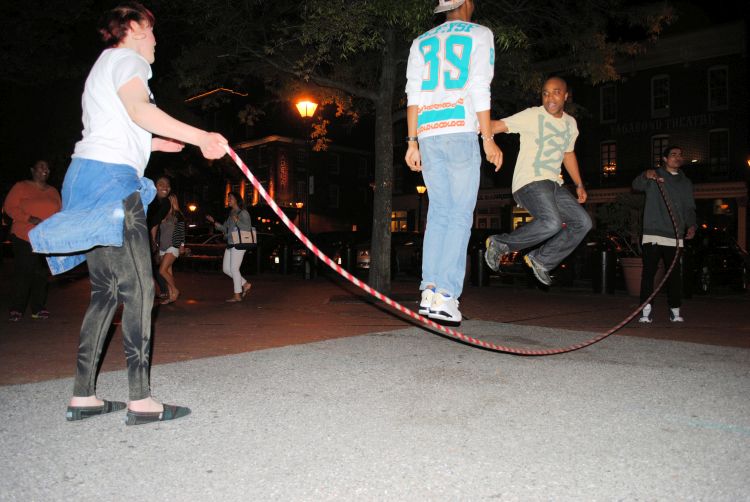 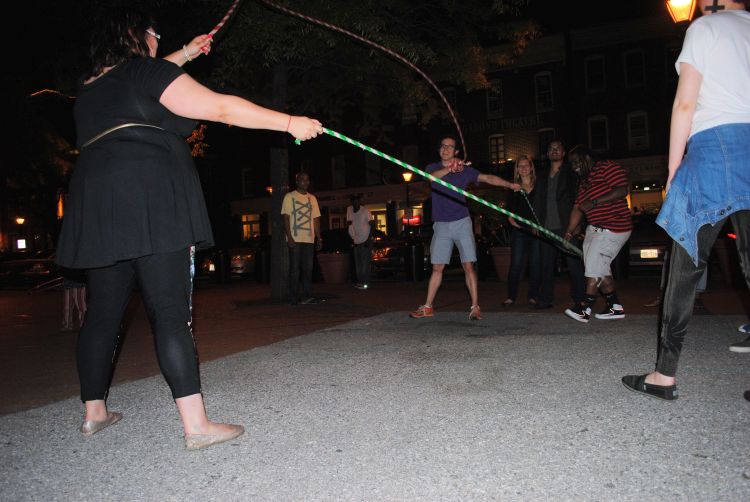 Thanks so much to Ashley, not only for coming with me, but for taking time to document everything. It gave me an opportunity to experience the recess, and still come home with great pictures. One of my favorite ones she got was of this couple. Look at them and tell me love doesn’t exist. 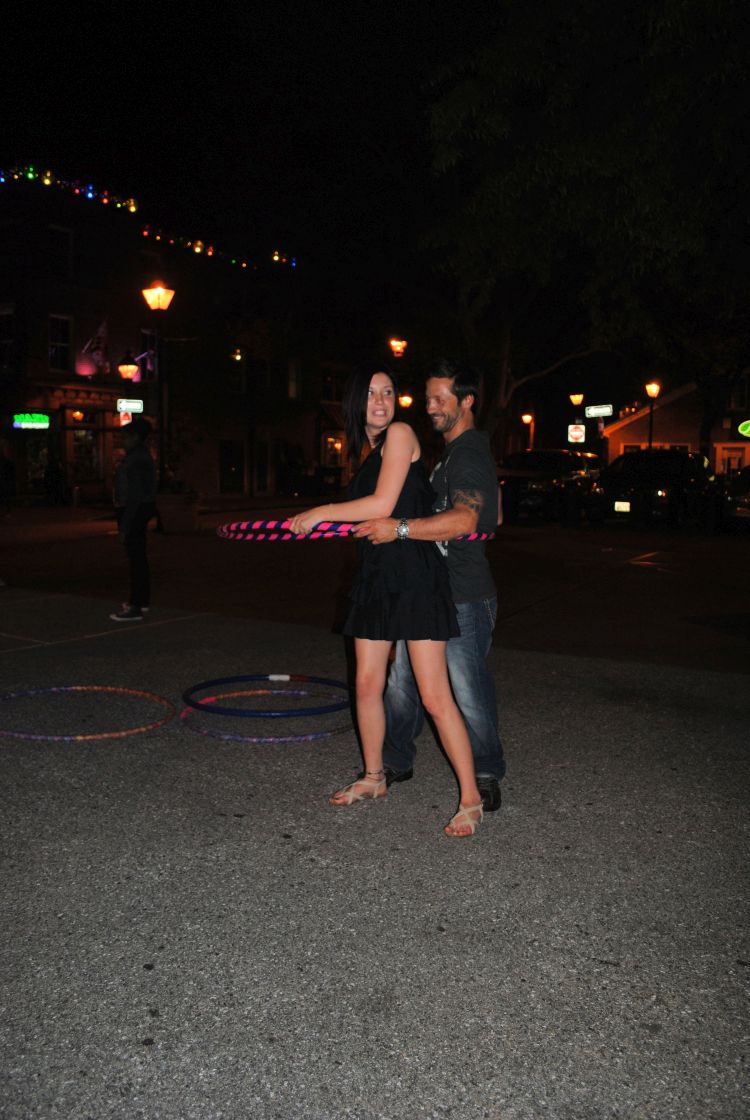 Hula hoops, jump ropes, ball games, sidewalk chalk, and juggling not enough for you? No problem. Jason brought a parachute. It was a hit! He has one of those giant ones that you might have used back in elementary school. Before I knew it, people had gathered around the perimeter of that colorful circle of fabric, reminding me of the Whos in Whoville, congregating as one community. Jason instructed us on what to do, and one of the first things we did was make a giant bubble by running inside of it and sitting on the edge. I could have stayed inside that bright bubble for the rest of the evening. 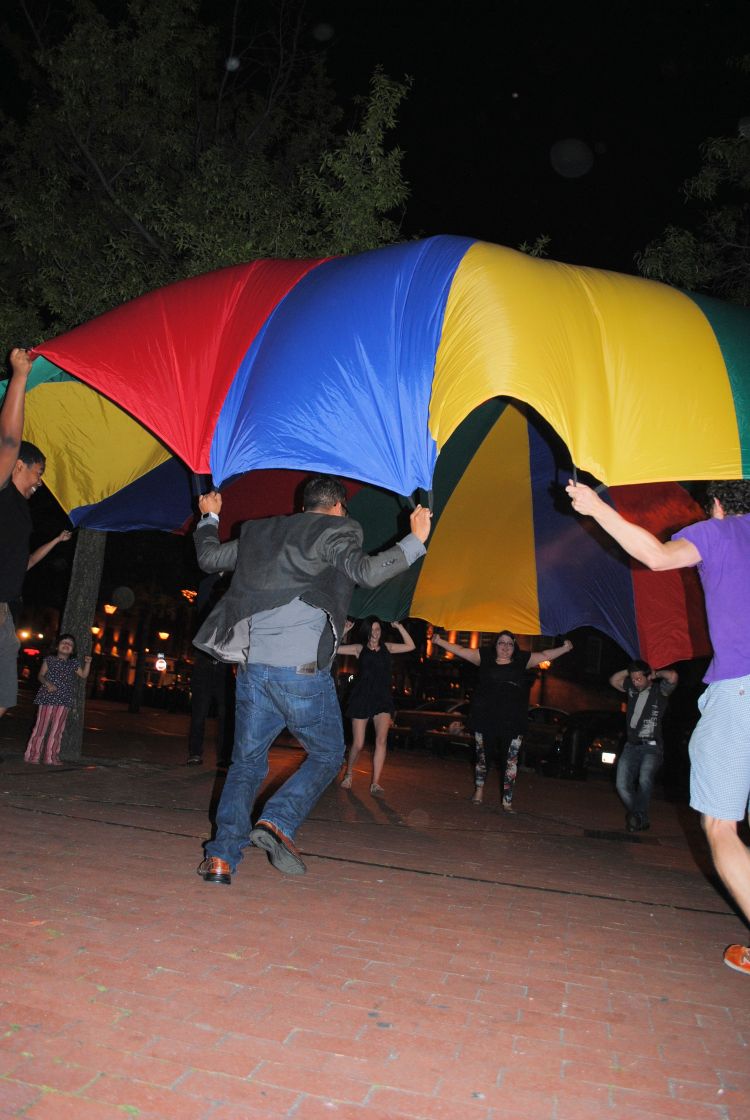 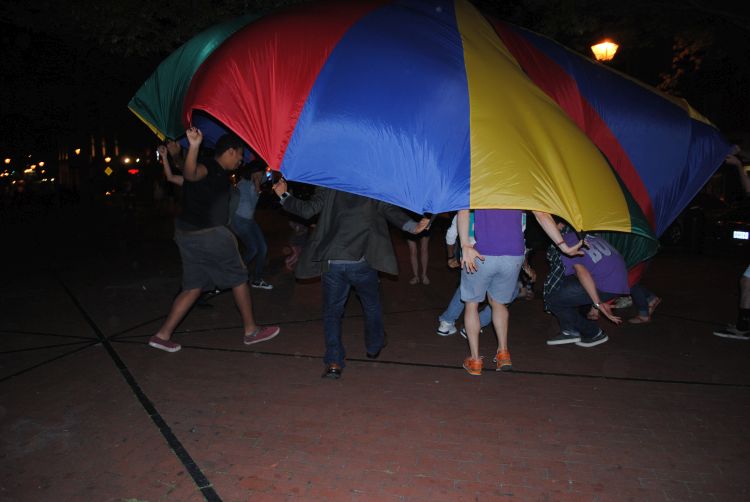 My regular video camera wasn’t working, so I grabbed some footage on my cell phone. Obviously not the best quality, but it gives you a better idea of what the parachute experience was like.

What a way to start the night, am I right? We are social beings, and social doesn’t have to be drinks with friends at a crowded bar. Alternative fun is a viable option, and I hope you don’t forget to play. If you never play, you can never have a hula hoop battle, and I don’t now what kind of life that is. 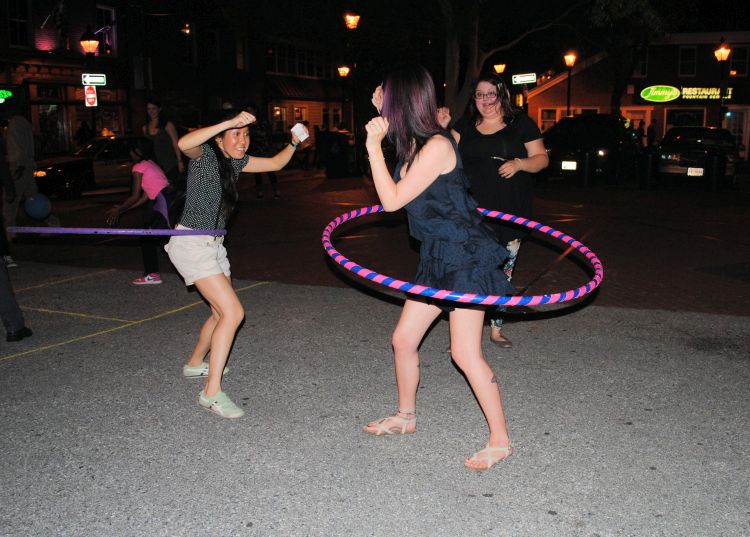 If you’re interested in doing some playing, Jason will be bringing some of his equipment to my next event on Sunday, the Happiness Experience. You can also join the Baltimore’s Playground group on Facebook to be notified of future events.