I still don’t remember how I heard about the flash mob through Dance Baltimore. I think I just saw someone vaguely mention it on Facebook, and I looked into it to find out that practice would be held the following Tuesday, so I wrote it down on the calendar in my phone. 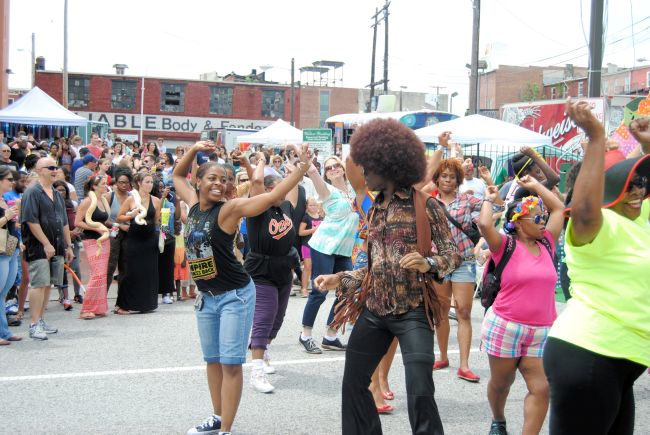 That Tuesday, I was in a tunnel taping up letters and my alarm went off, alerting me that the practice was starting in fifteen minutes! I had completely forgotten. I finished snapping some photos and raced off to Howard Street. It was pouring that day, and I had to run three blocks in the rain.

I stopped about a block in to take off my shoes which were completely drenched. I got off the elevator and entered the studio, soaked and smiling. The entire class (whom I’d never met before) started applauding for me. That’s the moment when I knew it would be a good experience. 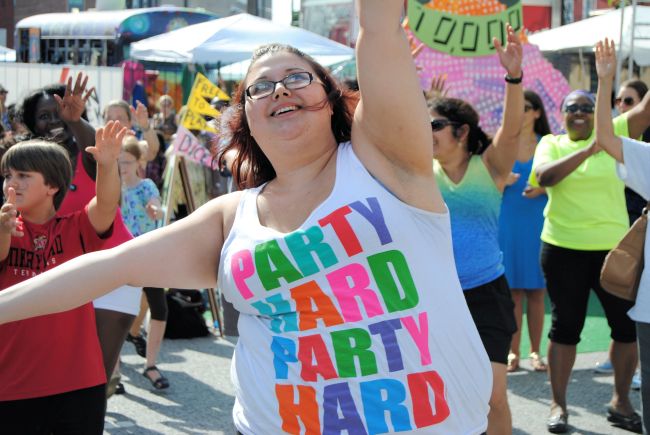 The dance was jazz-like zumba-esque, and the song was to Pharrell’s “Happy”. I picked up the steps that everyone already knew, and a few weeks later we met up at Artscape. 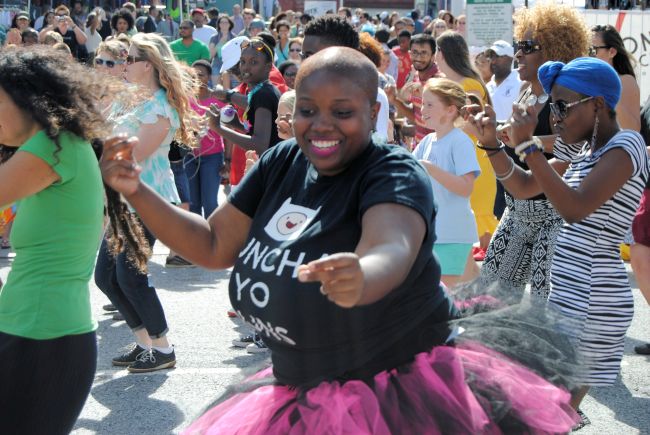 There were two performances each day, and people were really energetic about it! I always like being one of the people who joins in after the dance has started, so I stood on the sidelines for a few measures before I jumped in. 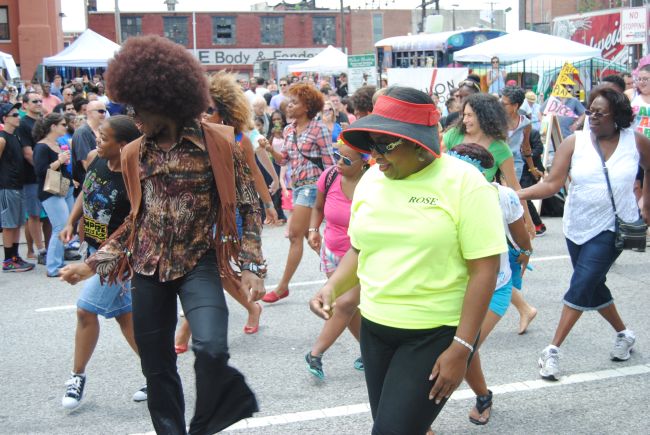 The flash mob was choreographed and sponsored by Dance Baltimore. If you’re local, check them out for future classes and events! 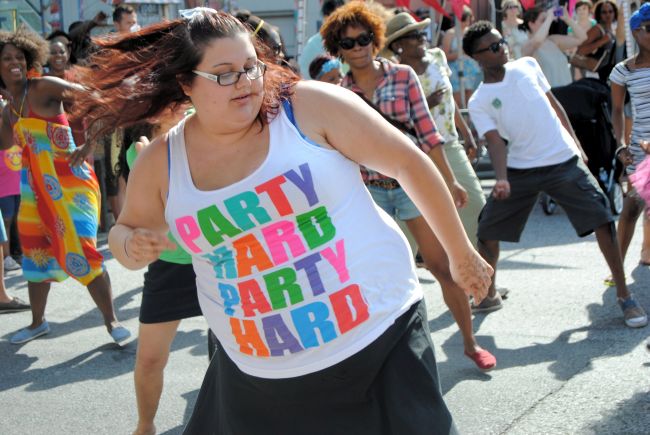 Thanks to my friend, Cristen, for taking the photos of us dancing, and to Charlotte for recording the video. I tried really hard to dub the track over the video so the audio would be louder for you, but something about the timing just never synced up. Enjoy either way! You should be able to see me throughout. I’m wearing that Party Hard shirt as I am wont to do. 😉

Have you ever been in a flash mob?
in Performance / Street Art 25 Jul 201423 Jul 2014 6 comments
Share
Post tagsBaltimoredanceflash mob