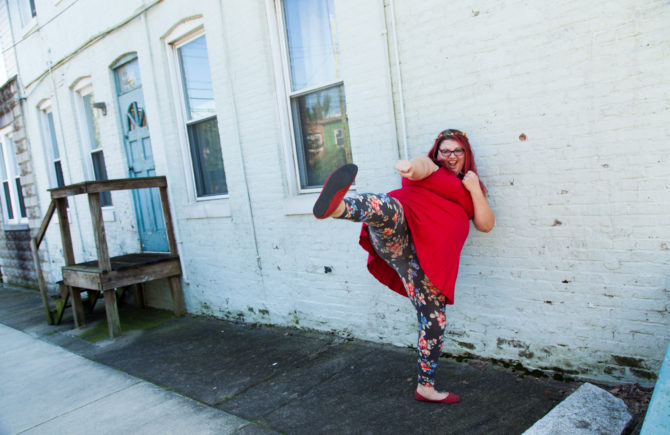 1. Treat people with respect and equality
2. Raise your children to understand what consent means
3. Identify as a feminist, and educate people that feminism simply means equal rights for all genders not “hating men” or less rights for men
4. Refuse to buy into the beauty/anti-aging industry, because you are in fact, not flawed
5. Use your white privilege to end your white privilege by using your voice and platform (if you’re white)
6. Understand that if your feminism is not intersectional, it isn’t feminism
7. Be assertive in conversation, and don’t allow people to cut you off
8. Call and write your political representatives to let them know what you want and how you want them to represent your needs
9. Read as many books as you can and educate yourself; knowledge is power
10. Let your natural body hair grow
11. Believe survivors of trauma
12. Stop telling boys and men they aren’t allowed to be emotional and hold space for them when they are
13. Call people out on language that perpetuates rape culture
14. Share your story so people can understand more and more
15. Hold the media accountable; challenge and pressure them to showcase women in more powerful rolls
16. Challenge gender roles every chance you get
17. Participate in a protest/rally
18. Join a local activist group
19. Post educational flyers
20. Consume media made by women
21. Call people out when they are appropriating a culture that isn’t theirs
22. Read books about feminism (from different eras), rape culture, LGBTQ issues, white privilege, etc.
23. Demand equal pay at your job
24. If you’re in a position to hire people at your job, advocate for equal pay
25. VOTE!!!! 26. Empower other women over and over again (a rising tide lifts all ships)
27. Explore and embrace your own sexuality
28. Donate money to political campaigns who support women’s rights
29. Run for political office yourself
30. Avoid sexist jokes
31. Recognize it is not your place to make a decision or have an opinion on what another woman does with her body (so don’t even make an Instagram comment about it)
32. Put a sign in your window that says “Smash The Patriarchy!”
33. Organize a fundraising event
34. Challenge offensive marketing campaigns
35. Volunteer at a women’s organization
36. Start or sign a petition about a specific political issue that’s important to you
37. Stop apologizing for things you don’t need to be sorry for
38. Report abuse, no matter who your abuser was
39. Send love mail to survivors
40. Make good news about women go viral
41. Attend slutwalks
42. Support sex workers
43. Don’t be shy/ashamed to talk about your period/cycle
44. Don’t fake orgasms
45. Familiarize yourself with the qualities of toxic masculinity and don’t be afraid to call it out
46. Seek out and support businesses run by women
47. Create parties and events that are both all-inclusive while also honoring women (can be separate)
48. Never change your outfit because you’re worried about calling too much attention to yourself
49. Thank and support men who are using their voice and platform to also smash the patriarchy
50. Love yourself and your body; it’s a radical act

How else can you smash the patriarchy?