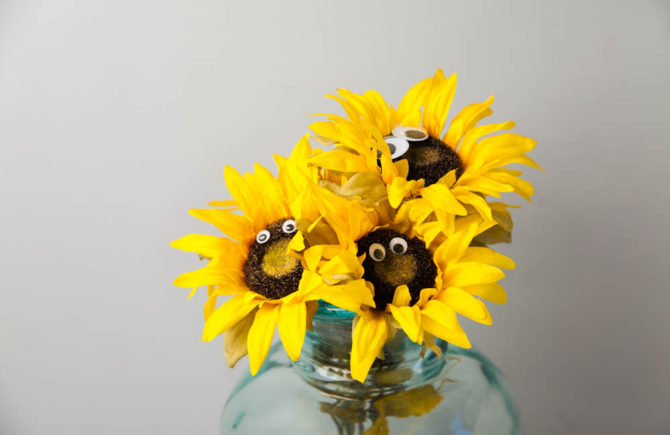 50 Ways To Be Considerate

When my dad and brother were in the hospital, things were crazy. I was stressed to my max, foggy brained as all hell, and incredibly sleep-deprived. One night, I was delivering some party decor items to my friend’s house for their birthday party and on the way home as we all approached the intersection, the light turned green so we continued to accelerate. Then, all of a sudden a cop with lights, but no siren came blasting through at at least 60 MPH and we all swerved and slammed on our breaks. I ended up hitting my drivers side headlight on the bumper of the car in front of me.

I had a rental car for about a month while they were fixing my light. The way it drove is probably totally normal for how most cars drive, but my little Honda Fit is one of the cars where if you barely touch the gas it vrooms away, and you have to really lay on the brakes for it to work. The blue car I had was the exact opposite where just touching the brakes made me feel like I was giving myself whiplash, and it took some getting used to.

During that first week of adjustment, I was on the highway and a car in front of my braked and I also went to brake, not remembering how sensitive those brakes were. The pick-up truck behind me was following pretty closely, and they thought I was brake-checking them, which I was not. They became furious and did everything they could to come around my side of the car, yell at me, give me the finger, and zoom off.

I thought about that for a while because I had no ill intentions, but there was no way for him to know that. And there was also no way for me to know what kind of day he was having either. We never really know what kind of state someone is in, what kind of day they’re having, or what actually lead us here to this present moment. We can make assumptions based on common themes and general logic, but my reality is I just forgot the brakes were too sensitive and his reality might have been that he just broke up with his wife and was trying to blow off some steam and almost rear-ending someone was the last thing he needed. Maybe he’s a nice guy usually, I don’t know.

Compassion is the idea that we’re sympathetic to what other people are going through. Maybe we might not understand fully because we haven’t experienced that situation first hand, but compassion is about doing our best to put ourselves in their shoes and try to give the benefit of the doubt, be kind no matter what, and generally be the “bigger” person.

I remember when my friend got the call that her dad was in the hospital and she was driving like a crazy person to get there. After that, she said she stopped getting mad when people cut her off and zoomed in front of her because we never know why someone might be rushing. We don’t know what kind of emergency or crisis has arisen for that person, and if it was us trying to get to the hospital as soon as possible, we’d like to just do that with as little issues and drama as possible.

Compassion is pretty fucking necessary to make the world a good place to live. It’s right up there with kindness. And I believe the first step on the way to compassion is consideration for other people’s needs. So I made you a list of fifty ways you can start being more considerate today, just to get you started. There’s also a download at the end for some random acts of kindness if you’re interested! I really do feel like these two topics are pretty closely connected.

In addition to sharing other ways to be considerate, I would love to hear stories of someone else being compassionate towards you and how it made you feel in the comments. 50 Ways To Be Considerate

1. Avoid driving in puddles when you pass pedestrians
2. Put your phone away during conversations
3. Take timing into thought when delivering news (for example, not shouting something great that happened to you right after someone found out their relative passed away)
4. If someone asks you for something and you can reasonably accommodate them, then share
5. Don’t block intersections of crosswalks
6. Say “please”, “thank you”, “you’re welcome”, and “excuse me”
7. Don’t expect anything in return for favors, gifts, or compliments
8. Try not to yell in public
9. Don’t unwrap something crinkly/loud in a quiet space
10. Stop asking questions you can just Google yourself
11. Don’t show up late
12. Don’t get to a party early
13. Don’t ride a merge lane till the end and jam yourself in
14. Wave to signal ‘thank you’ when someone lets you merge
15. Turn your phone key pad sound off (and the ringer)
16. Offer to bring something to the hostess before a party
17. Don’t obnoxiously slurp your drink or soup
18. Try to put yourself in someone else’s shoes
19. Listen more than you speak (or at least an equal amount)
20. Don’t take up two seats on public transit
21. Stop e-mailing people pressuring them to respond
22. Don’t use offensive language in mixed company
23. Think about the beest way to deliver bad news
24. Don’t text/use your cell phone at the theater
25. Chew with your mouth closed (and don’t smack your gum) 26. Find cheap hang-out options for friends who are on a budget
27. Write thank you notes (here’s 100 reasons to write thank you notes)
28. Don’t judge someone for not liking what you like
29. Pick up after your pet outdoors, and empty the litter box in your house
30. Don’t talk on the phone while you’re checking out at the store
31. Say you’re sorry when it’s appropriate and when you genuinely mean it
32. Let stores know when a car in the parking lot left their lights on
33. If you’re tall be aware of where you stand in crowds
34. Try not to blast loud music late at night to keep your neighbors awake
35. Consider constructive criticism when it’s given to you
36. Remember to acknowledge birthdays and special occasions
37. Tip well for good service (and even for mediocre service)
38. Don’t litter or pollute
39. Don’t park in two spots, taking someone else’s space
40. Look or opportunities to be kind and help people, including strangers
41. Dpn’t text or call someone a million times in a row or a non-emergency
42. Don’t give unsolicited advice
43. Give your seat to someone who needs it more (public transit, etc.)
44. Don’t text and walk (or drive); be aware of where you’re going
45. Self-evaluate and be as self-aware as possible of your own potential annoyances
46. Ask about others as much as you talk about yourself
47. Keep shared spaces clean
48. Don’t interrupt someone who is speaking
49. Don’t wear excessive amounts of cologne/perfume (and shower regularly)
50. Stop Vague-Booking things that make people who care about you worried for your health/safety/state of being 50 Ideas For Random Acts Of Kindness

What are some other ways you can think to be considerate? Share below!