100 Ways To Be Creative: Write Every Day

#42 on my 100 Ways To Be Creative list is to write something somewhere every day. I’m trying to make this year a time where I really focus on documentation. I’ve mentioned before that I keep a Happy Journal. I’ve kept one on and off for years, but there is an entry every single day for over a year now. It’s also where I wrote down all of your top ten lists that you guys sent me in 2012. (This year I’m still collecting them, but doing it in a Word document.) I already showed how I write in different colors for each entry, but it should also be noted that I write in it each night. Not saying that I don’t forget sometimes, though. 😉 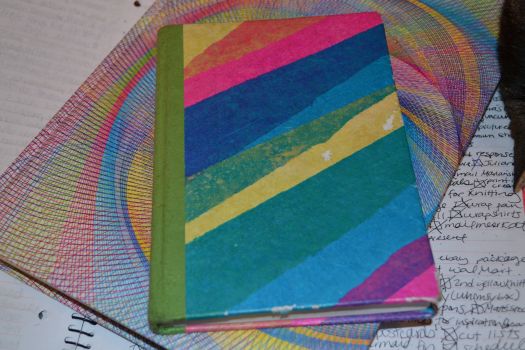 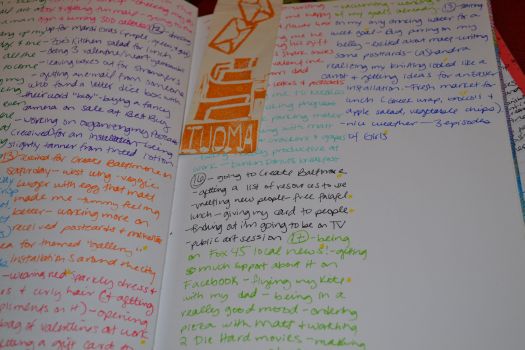 In the first picture you also see the small unlined notebook that I carry around in my purse. I tend to use it when I’m in a social situation where I don’t feel like being social. 🙂 But I also use it for small shopping and to do lists. I used it a lot in Canada too.
Another place where I write lists is in my planner. My entire life I have been horrible about keeping a planner. I’ve bought so many, but never kept up with them. I’m actually still using my 2013 one, so I’m really proud of myself. I hope to keep it up the entire year. I write goals in advance and that’s really helping me out. I’ve basically mapped out when I’m doing each of my 2013 goals and it’s definitely keeping me on track. It’s also where I write blog plans and upcoming events. 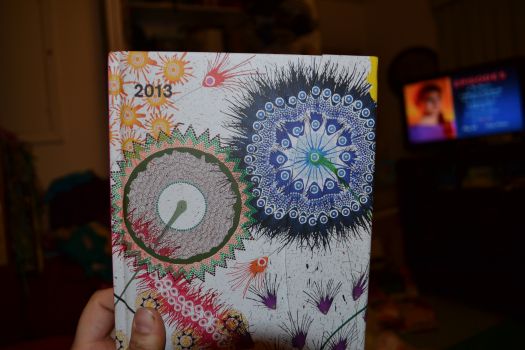 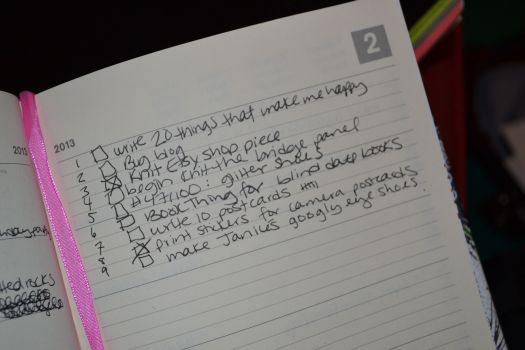 Another place I write is in my book that I’ve named Harriet. It’s just a big lined spiral notebook. More to do lists, captions I write for the disposable cameras, plans for street art, obscure lists, and thoughts. One page is full of just glitter. 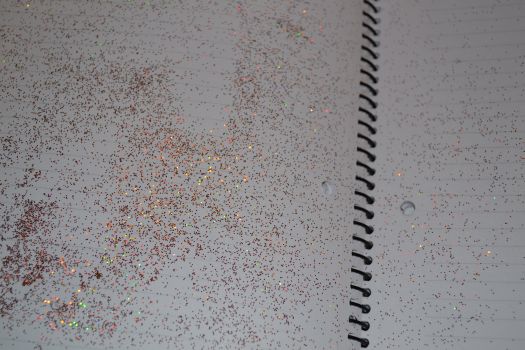 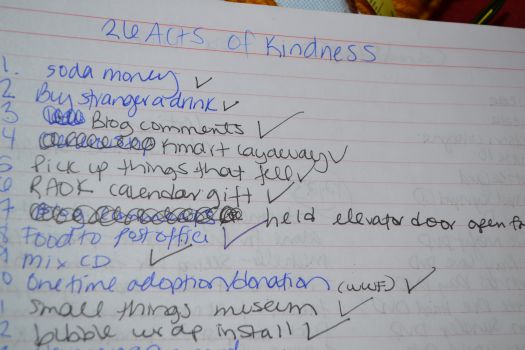 For Christmas I received a year’s worth of writing prompts and inspiration from Michelle and I’m writing my responses for that project in a green composition book.

The point is, I write something every day. Not to mention all the letters and postcards I write. 🙂

Do you have any writing rituals?