One of my goals for 2012 was to go to Canada. It wasn’t necessarily because I had a strong desire to go to Canada, but I really wanted to stand somewhere that wasn’t US soil. It was really exciting for me to get my passport and know that I have a lot of options open to me now in terms of travel.

Matt and I chose Toronto because we were going to drive there. Straight through it’s about a 9 hour drive for us. The drive actually didn’t seem that bad. There isn’t anyone that I’d rather be in a car with, and we also made a stop at the Jello Museum on the way up and Niagara Falls on the way back.

I’m not sure what I expected from Canada, but I think I was surprised. The area we stayed in was a weird version of Times Square. It was less crowded, but had the same vibe. It was kind of dirty and polluted and the hotel was nothing like I thought it would be based on the pictures. The rush hour was absolutely horrendous and the people weren’t as stereotypically nice as I’d heard.However, I have no regrets about going and neither does Matt. We had a good time. It was one of our first big trips together and I’m glad we went. It was not only a way to check off a goal from my to do list, but a belated celebration for our six year anniversary. I like him.One of the coolest things we did in Toronto was attend the tree lighting ceremony. It’s a really pretty tree in Dundas Square, and they had some Cirque du Soleil-esque performers, Wintery characters on stilts, and fire dancers. 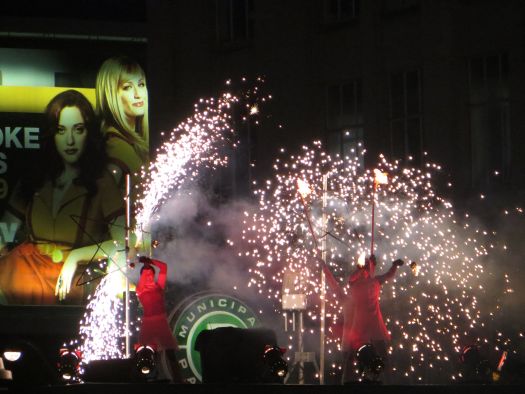 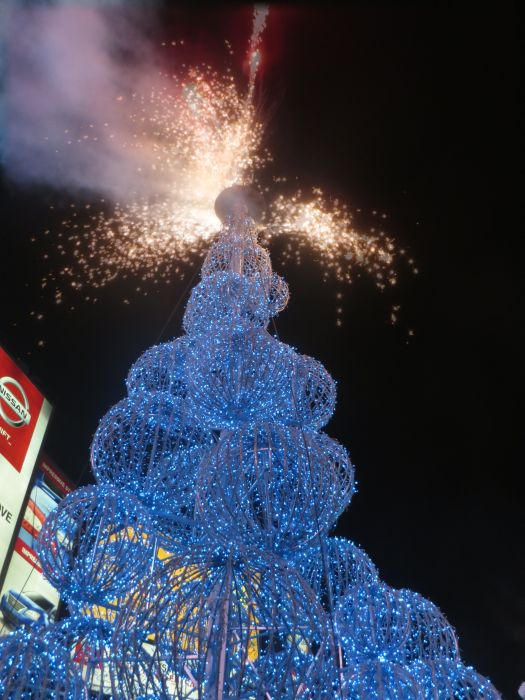 The first night, we walked around and saw some beautifully lit twinkle tree streets. We ate dinner at a diner and I had a huge raspberry smoothie. 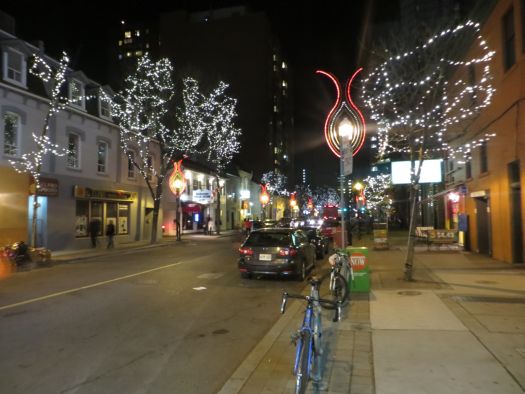 The next day we walked all around. We went to Kensington Market and saw some great street art and store fronts. 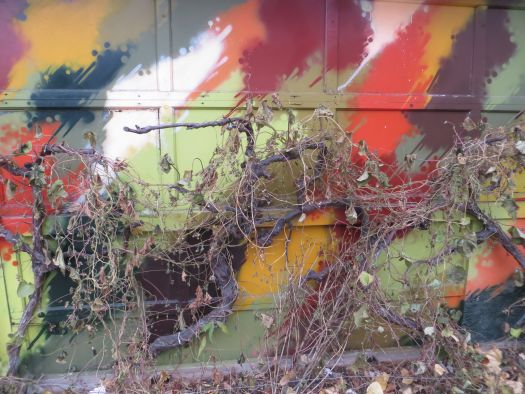 We walked through China Town and stopped for lunch where we had poutine for the first time. So good! 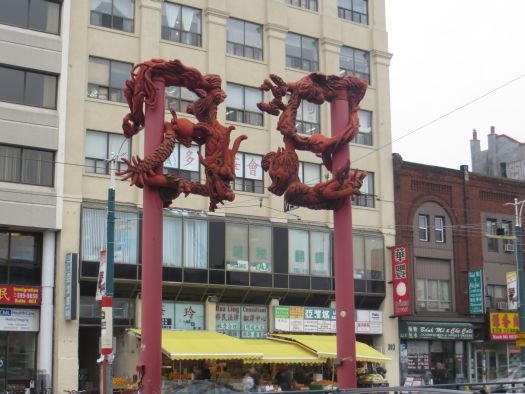 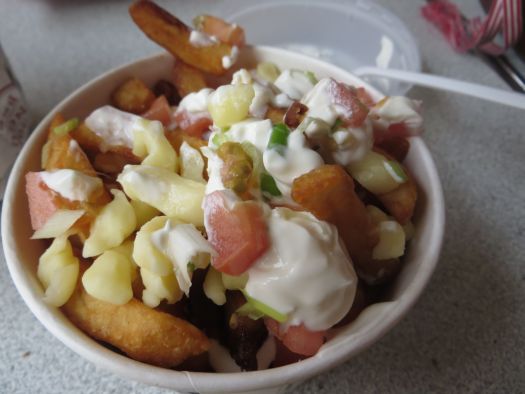 Most of our destinations were stores. I got to go to a really awesome paper store where there was a wall of washi tape. I’ve never seen washi tape in store, so this was an overwhelming treat. And Matt had looked up a cool record store called Rotate This. 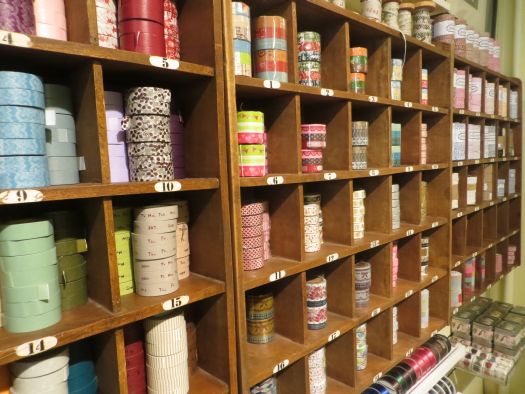 Later that night we took the car through the congested city to some destinations not within walking distance. One of them was a really cool comic book store, The Beguiling, that Matt liked. While he looked I walked down the street. It was a really pretty street and then I saw this sign advertising learning how to knit. I spun around and saw two women knitting in a window of a yarn store. I went in and spent an absurd amount on yarn I didn’t even really need. The owner of the store was extremely nice and helpful and she had a yarnbombed tree outside her store!

When I went back to meet Matt at The Beguiling, he had spent, to the penny, the exact same absurd amount on comics that I spent on yarn. So that was really cool. 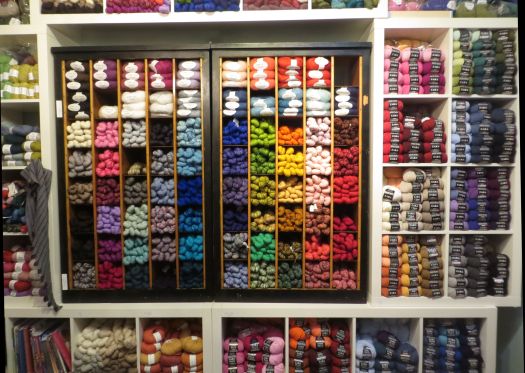 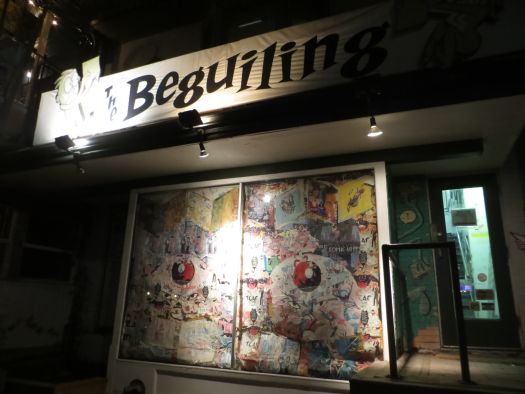 Oh, and I sent some mail from Canada. That was really exciting. 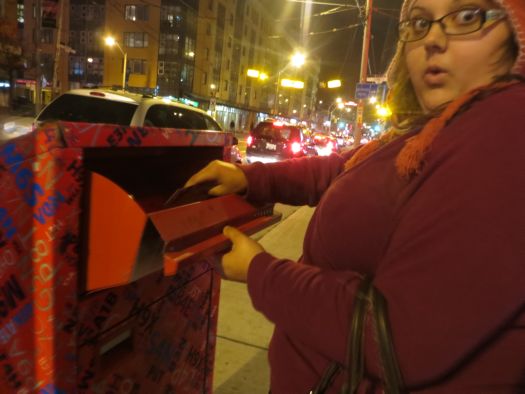 Have you been to Canada? What area? What were your favorite parts?