It had been about a month since I yarnbombed anything. It had actually been about that long since I did anything related to street art. I was busy with Halloween, the hurricane, Canada, etc. but now I’m back into the swing of things (while trying to balance Christmas shopping!) and it feels good to be able to share that I yarnbombed a tree this weekend.
The tree is on Mount Royal Avenue in Baltimore, right outside The Lyric. I measured the tree a couple of months ago and finally finished knitting the trunk and two branches. It’s pretty colorful and you can actually see it from all the way down the street, which made me happy.While I was sewing it on two cars stopped and asked me for directions. It was really funny. I thought they were going to say something about what I was doing, but they both completely ignored it and asked how to get to such and such. One man did stop, as he was walking by, to tell me that it looked like a painting and if I drew it on there. I told him that I knitted it and then he asked me if it was supposed to represent a painting and I said yes, because art is art. He told me it was very “unique and beautiful” and kept walking. 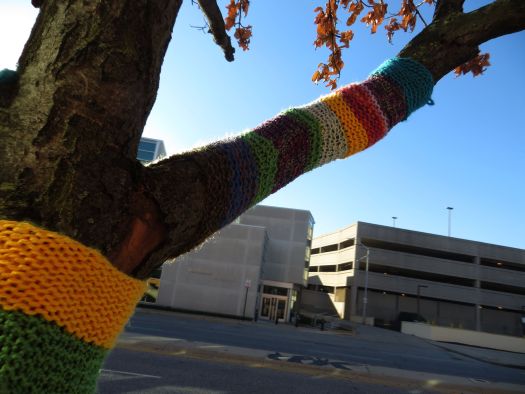 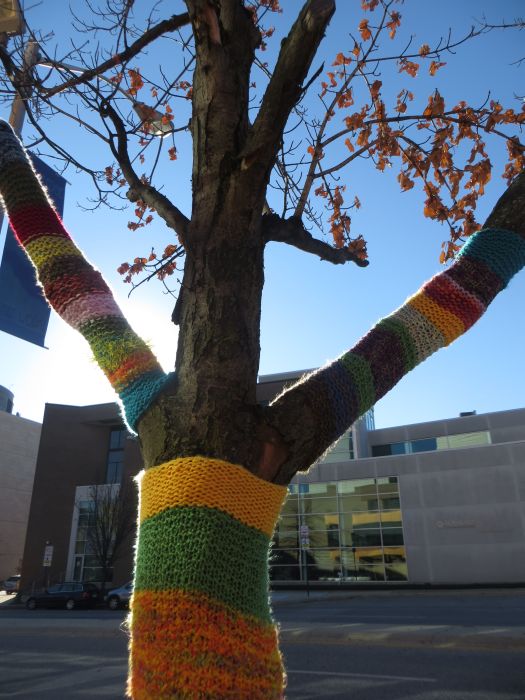 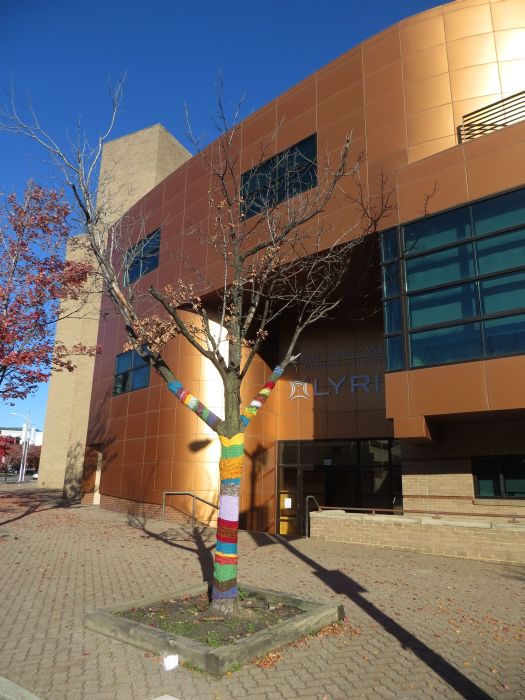 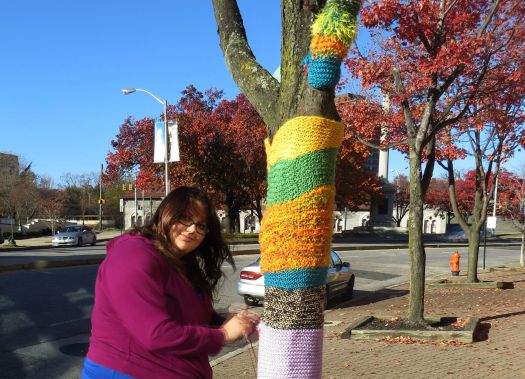 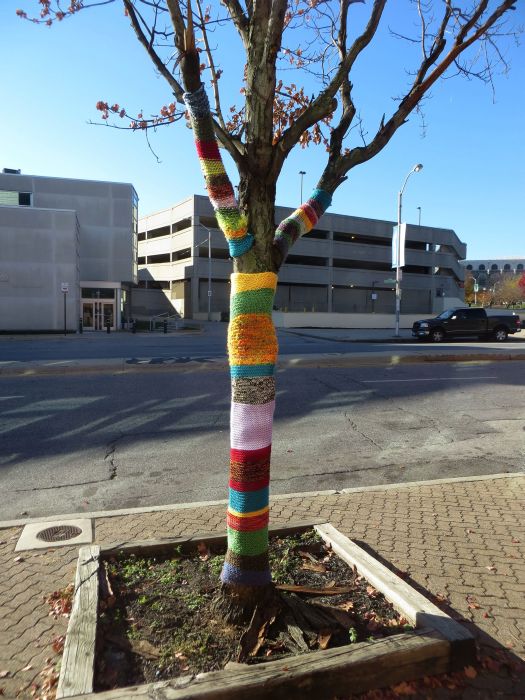 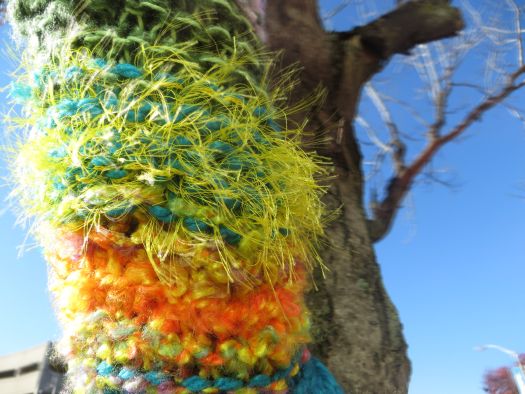 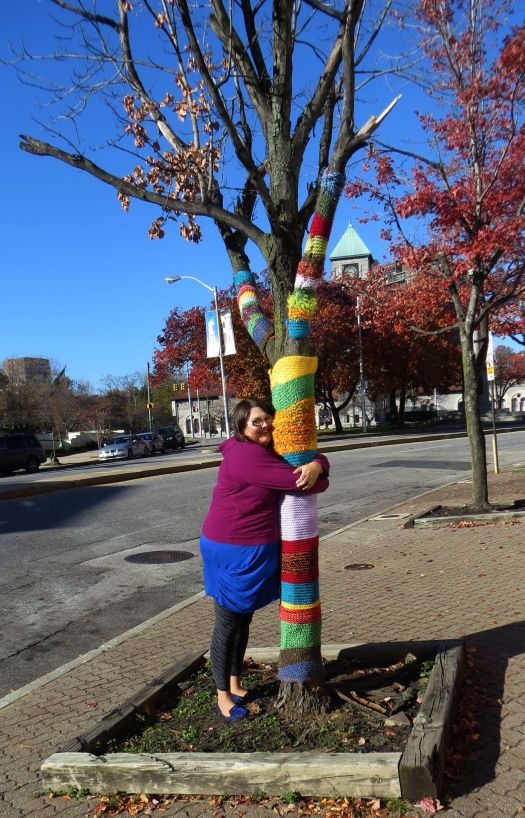