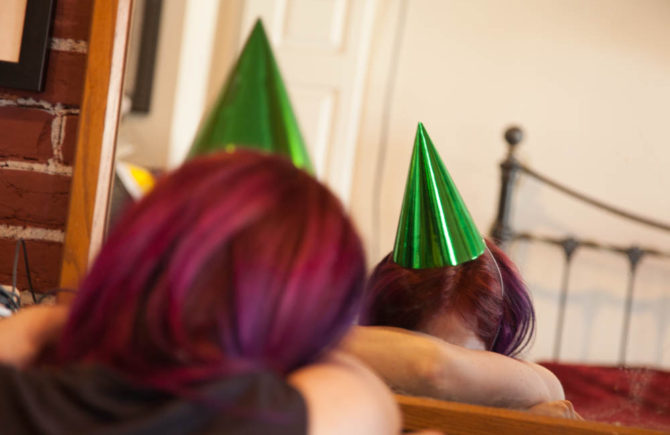 Why Nihilism Is Inspiring (To Me)

Nihilism isn’t always a word people know how to use. The definition can be tricky, too. Often it gets wrapped up in religion, which is fair, but it doesn’t always need to be. Basically it’s the idea that “life is meaningless” in the sense that there’s nothing beyond this earthly existence, like an afterlife. It can also be interpreted as everything we’re experiencing isn’t actually real. Often, we use the term “nihilist” to describe someone who is miserable and finds the negative in everything, but that’s not technically accurate.

If you’re religious, this idea probably is offensive to you, and I understand that. I don’t mean to offend you or challenge your personal beliefs. I think everyone is entitled to believe whatever they want to believe, including me. That being said — hear me out…loo One of my favorite things in the world is to look up at the stars in a place outside of a city. I’m usually in the city, so it’s not something that happens super often, but laying back and gazing up at that infinite amount of exploding balls of light in the sky awakens me. I first feel overwhelmed by the beauty of everything, and feel grateful I get to see what I’m seeing. Then I start to think about how so many of those stars aren’t even there, but I’m still seeing them because of how far away they are from me. Next, I ponder how far away everything really is and how we can’t even make our astronauts to Mars, the planet next to us, and we’re only one galaxy in a sea of a massive never-ending universe. Then I start to feel really small. I think about how big the universe is in a way that doesn’t even make sense to me, then our galaxy, then our planet, then our country, then just my state, and finally myself.

I realize how small I am. Not just in size, but in time and space. I am a tiny thing inside this massive thing I can’t even begin to comprehend. (And I kind of like the mystery of that.) I’m one of seven billion people on this planet, one of 107 billion people who have ever lived. Most of which aren’t in history books and don’t have a statue made in honor of them. It seems depressing, right? But that’s not at all how I feel about it. I feel inspired by it, and that’s nihilism at it’s best.

“I was raised up believing I was somehow unique
Like a snowflake distinct among snowflakes, unique in each way you can see
And now after some thinking, I’d say I’d rather be
A functioning cog in some great machinery serving something beyond me”
– Fleet Foxes

I feel like, if I’m so small, and so insignificant, then nothing I do really actually matters. And if that’s the case — why shouldn’t I do everything in my power to be happy? Why should I waste time hating the way I look or the hand I’ve been dealt? Why not make the best of what I’ve been given and the time that I have here? Why not try to make as many people happy along with me as possible? Why not use my talents for good? Why waste my precious time for negativity? What’s the point?

If nothing matters, all you have is your happiness. So make it your number one priority. And that doesn’t mean I can’t have high self-esteem, promote body positivity, or honestly even believe in a religion. I actually believe we have past lives, and in order for that to be true, there has to be something more than what we see with our eyes. I believe in the cosmos and magic. But that doesn’t mean I can’t let nihilism to empower me and light a fire under my ass.