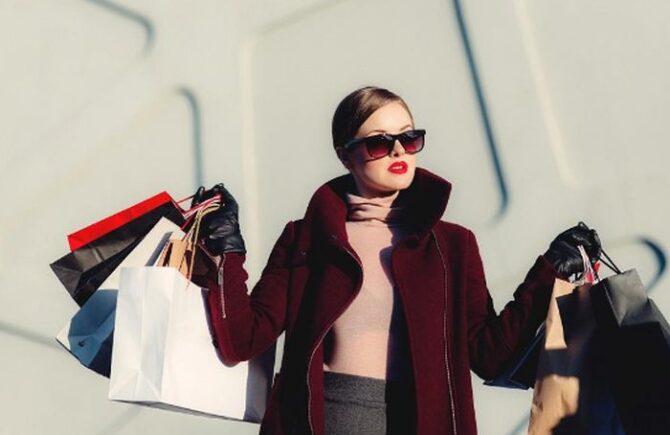 Who dictates fashion trends these days? If you’ve got even an ounce of interest for what goes on in the fashion world, you’re probably familiar with the fashion trends phenomenon. They come and go with the season and leave their mark on our wardrobes, which is both fun and annoying. That’s because trends always bring an element of novelty in our lives, but they can also damage our budgets.

You open up your closet and pick a few clothing items randomly, without giving it too much thought, and you’re sure it has nothing to do with trends and the likes. But little do you know there’s a certain reason these clothes got in your closet in the first place and there’s a long journey behind them, a journey that starts with the trends of the moment. This constant cycle gets one wondering: where does it all come from? Who calls the shots when it comes to fashion trends nowadays? Who sets the tone and decides what’s in and what’s out?

Because if our lives are going to be influenced by these seemingly unimportant aspects, we better find out what’s (or who’s) behind the curtain. So, we’re going to dig deeper into the topic and get to the bottom of things.

What history teaches us

You might think influencers are a new breed, and in the modern sense of the word they are. But there have always been certain people who exerted a great power on the population’s fashion or lifestyle choices. Now you see them on YouTube or Instagram, but they one lived in the royal courts. That’s right, the first people who introduced us to fashion trends were actually the queens and the kings of the world.

But how did it happen exactly? Did the kings and the queens have nothing better to do than think about what to wear all day long? The thing is, they had a lot of money and time on their hands and they wanted to show that to the world. Let’s just say modesty wasn’t their strongest feature. So, what better way to express that than through flamboyant and extravagant clothes that they changed on a whim? Queen Elizabeth I was one of the original trendsetters, with an impressive wardrobe containing pieces and accessories meant to dazzle the audience.

When one could afford to wear an extremely expensive costume just once and then toss it into a corner never to be seen again, it sent the message that they had more money than they could spend and a lot of power. Their loyal subjects who emulated everything they did were quick to observe their style and mimic it to a T. And just like that fashion trends were born, out of the sheer desire to mingle with the elite and look richer than they actually were.

The influence of fashion houses

Kings and queens were however completely oblivious when it came to style and what it takes to create fashionable clothes. They just wore whatever they pleased and the crowd followed. But their power faded over time and that left the people who actually made the clothes in charge. Dressmakers started to break out of anonymity and dictate to their customers what they should wear rather than be told what to design.

The first fashion designer that stood out from the crowd and was Charles Frederick Worth, in the 19th century. He established his fashion house, the House of Worth, in Paris and paved the way for the fashion houses of today. Many consider him to be the father of haute couture. And so, a new era began, an era where famous fashion designers and the most popular fashion houses wrote the rules of style and plotted together to set trends. They dictated trends from their headquarters located in the fashion capitals of the world such as Paris, London, Milan or New York.

The fashion weeks held in these cities would attract celebrities and trendsetters like a magnet and they still do. Glossy magazines that covered every fashion event under the sun were seen as the fashion Bible where one could find out about the latest fashion trends and draw inspiration for their personal wardrobe. But since nothing lasts forever, the golden age of the fashion houses has passed. That’s not to say they don’t have a great influence, but they don’t run the show like they used to.

The one to rule them all

So, if major designers and fashion houses don’t set the trends anymore, who holds the reins these days? If you take a look at your smartphone, the answer is quite obvious: social media, influencers and everything we see on the internet, from music and movies to books, technology and even politics. People now view the world through the screen of their phones and that’s also where fashion trends get their influence from.

If someone is interested in beauty products, he reads a skin care review written by an influencer he trusts. The same goes for fashion trends. If you want to find out what’s cool and what’s not, a quick swipe on Instagram and checking the social media pages of your favorite influencers will point you in the right direction.

The whole world turns to the internet and social media to find out about the hottest trends in fashion and beauty. What a certain Instagram celebrity wears for a coffee date can turn into the trend of the year. The more followers, the faster the trend will take off and the greater its reach. And this happens every time someone does something that catches the public’s attention or some event gets a lot of coverage in the media. It ends up reflected in the public’s style choices and that’s how trends work these days.

So, as you can see, there’s more to fashion trends than picking a few clothes that seem to be popular at the moment and throwing them together to create the outfit of the day. There’s a bit of science and history behind it that’s worth investigating if you want to be in the know.