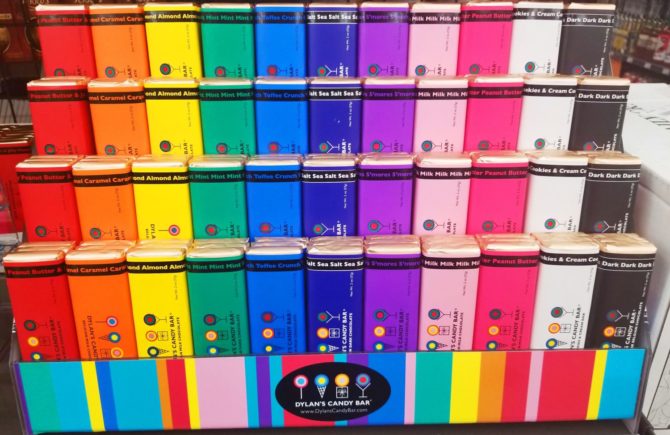 Happy Wednesday! I was about to say there hasn’t been a lot going on here lately, but I realized I didn’t post my last happiness post until Friday, and I actually did a bunch of stuff since then, it’s just been less than I’m used to doing lately (and it’s been nice to slow down a bit). The New Moon in Cancer really had me vibing high with emotions, feeling sensitive, and connecting with whatever percentage of me is domestic. I also started feeling really weak over the weekend and didn’t get to do any of my plans of going to Figment or having my photoshoot with Maura *sad face*. I straight up collapsed while walking and have been sleeping past 2 PM every day, it’s crazy. That said, I still got out to do some cool stuff!

Notably, I went to a lecture on lightning bugs (fireflies) and learned a lot about them from a man who was basically an elderly reincarnated version of Frank Reynolds from It’s Always Sunny and I literally cried so I didn’t laugh out loud. I did learn a lot, though! I also went to visit the Urban Myth of Goatman on Cry Baby bridge in Bowie, Maryland on Friday the 13th. It was super creepy. Our pictures turned out really interesting with orbs, blocks of energy, and other colors, etc. We definitely sensed something, heard weird noises, called out to him, and I was touched twice on my right shoulder. I did a poll on my Instagram Stories and 81% of you believe in ghosts, which is good to know! Another awesome thing I got to do was go to one of Jessica’s Have A Nice Day kindness events where we decorated coffee cup sleeves with positive phrases/quotes/drawings to be donated to cafes that customers would be surprised with at a later date.

PS – I finally posted about my 30th Birthday Party (and Ben Franklin) and the 4th Annual Bubble Parade! [Extra Sparkle] * Faerie gardening * Finally checking out the bar that’s one street over from me and finding out it’s pretty cool * New Moon gathering with an almost full-crew, complete with foot baths, cupcakes, rainbow fire pit, and a spectacular altar * The new hiding spots Molly is constantly finding for herself * Going through art books and magazines with Cristen * Running into Maura on the street * Joe finding a vinyl copy of “9 To 5” at the thrift store and then not being able to get that Dolly Parton song out of my head * Drawing an affirmation card every day * Painting little rainbow tree stump steps for faeries to walk on * Inviting my dad to Charlotte’s birthday party * The Mayor coming to Jessica’s event * New essential oil diffuser/humidifier * Bubble face masks * Meeting amazing burners * Putting my hand out and Richard putting a dollar in it