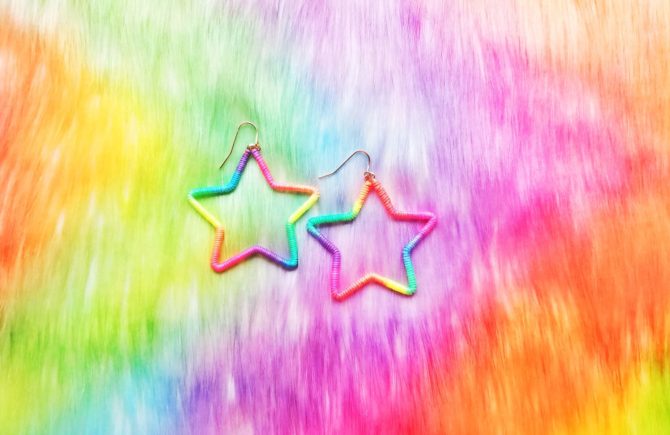 How’s your last week of April going? I’m really hoping these are the last of the “April Showers” and from here on it’s May Flowers and sunshine. Today I want to tell you another story from working at the flower shop…

So a man came in who looked like he stepped out of the movie “Pleasantville”. He was wearing a tan suit, brimmed hat, and was carrying a briefcase roughly four-hundred years old. He introduced himself to my boss as “Orville, like the popcorn guy”. He was a traveling salesman. Seemingly still. As in, he was a traveling salesman in the 50’s and just never stopped being one.

He loudly unclipped his briefcase and spun it around on the counter to reveal some catalogs (which I’m not sure how they’re still “paper”; they should be disintegrated or in a museum…) with various non-essential items available for purchase. He told my boss all about specific appliances and gadgets, and she told him she wasn’t going to buy anything today but she’d think about it. He immediately responded, “Like what? What are you going to think about?” So she told him she was kind of interested in this outdoor vacuum cleaner we might be able to use at the shop.

He pounced. He told her he could give her twenty dollars off, but she should act now because this deal was only going to last for four weeks. Listening close by, but not in direct eyesight, I almost snorted as my boss asked, “Is four weeks a short time?” to which Orville replied, “Yes!” He also then gave her a small white funnel, the size of a fist, as a gift and incentive if she were to purchase today.

She gave in! Orville won. He started filling out her information on a real life pink slip as I entered into view. He said, “Ah, I see you have a wonderful assistant”, and from nowhere he pulls out the tiniest toilet brush I have ever seen and slides it across the counter top slowly like a drug deal from the movies.

If I’m being honest, I don’t expect to see Orville again. I think he’s a ghost and my boss lost forty dollars on a gadget that went out of production forty years ago. It’s okay, though. Because I have my tiny toilet brush and the memory of his tall lanky figure leaving our threshold in his tan suit, gripping his briefcase into the sunshine-filled spring day. [Extra Sparkle] * Laura finding Nova, her cat, who went missing * The feeling of finally getting off your feet after a long day * Binge-watching all of “GirlBoss” on Netflix the day it came out * Running errands with Charlotte after work * Judy taking a badass plunge to find herself * When cats wrap their arms around your arm * Looking at row homes in Baltimore (not just for pictures, but to actually move into!) * Jen Sincero’s new book about making money * Coming up with ideas for totally absurd hobbies with Leigh and Charles (and also baking with them) * Free pit beef lunch from work * Zinnia (4-year-old) thinking when someone “lost their hair” means they left it somewhere, and having conversations with bald people as such is true * Actually following through with DIY projects * Having some cough medicine left over from when I was sick this winter to get rid of my cold this weekend * Learning how to make corsages and boutonnieres * Knowing I will never correctly spell boutonnieres without spell check * Fuzzy fabric * Themed outfits

It had been a while since I watched the literal version of the best karaoke song ever, so I wanted to remind you of its awesomeness (and bonus points if I get to introduce any of you to it for the first time)…