Hey there cowboy/girl/cat. I hope your week is going just dandy! Today I’m working on a big balloon installation with April, which I can’t wait to show you, but until then here are some happy things that have happened in my life this past week. 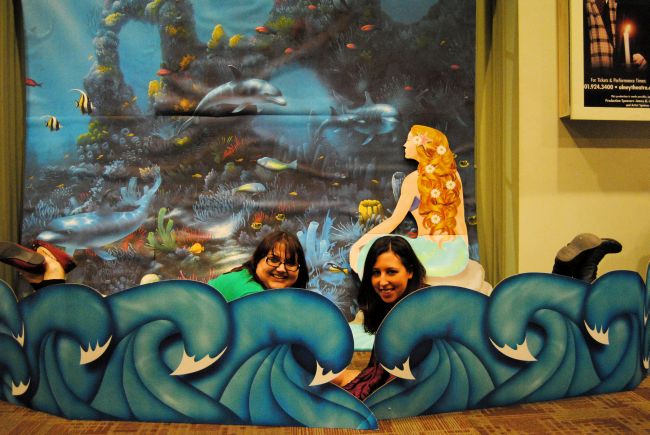 Charlotte’s mom has season tickets to a theater in the middle of nowhere. I had never been there or even heard of it, but it’s absolutely gorgeous and Friday night we went to see The Little Mermaid live. It was amazing. I love that movie, obviously, and they did a great job recreating the parts we already knew and adding new elements to the story. The singing was excellent and the costumes were incredible. Also, there were a lot of little girls in tutus and Ariel shirts that I feel I could probably get along with quite well. 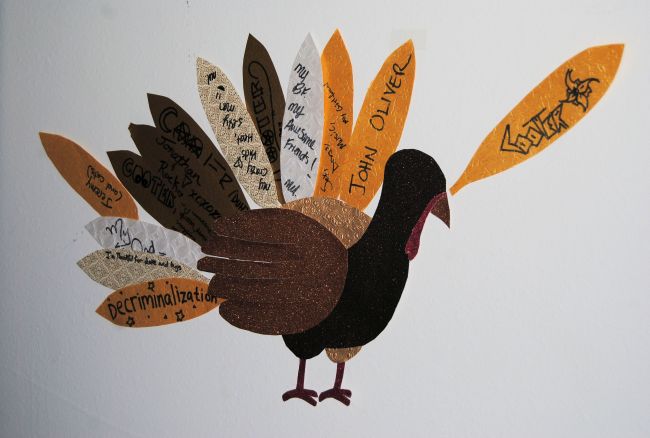 Saturday was a mixed bag. There’s actually been a fair amount of bad/stress in my life this week, including my best friend falling down a flight of stairs. I had to take her to urgent care, which slightly foiled my Saturday plans, but we did end up going to Sara’s Friendsgiving party. The food was delicious and you can’t go wrong with Cards Against Humanity. Also, we all wrote down what we’re grateful for on this turkey’s feathers, and Joe wrote me as one of his answers. Cue “awwwws”.

the smell of Ashley’s steam mop

leaving a note on Joe’s windshield that said “Thank you for the funky time, call me up whenever you wanna grind”

risking my safety to photograph murals

bonding with the GYN receptionist over vagina-related admin

the way Sebastian walked during the performance

Charlotte using dog training jargon on a creepy guy who wouldn’t leave (“Dog out!”) and it working

drunkenly gathering “gifts” for my friends in an alley (a pumpkin, a newspaper, a cell phone charger, and a real estate sign)

cup holders in mini vans that are really from space

when bartenders remember my name

watching the documentary on Burt from Burt’s Bees

using a drive-thru pharmacy for the first time

walking into Joe’s house wearing my galaxy leggings and him saying “Did you get those leggings from outer space? Cuz your ass is out of this world.”

a ladybug walking across the world map on my wall

wearing gym shorts instead of underwear 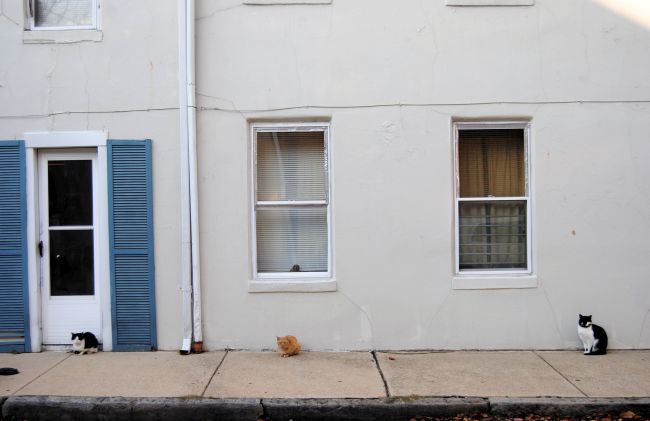 Basically, sometimes things suck. Sometimes they suck a lot. Sometimes people’s exes stalk and steal, sometimes they break their elbow, and sometimes they get their car rear-ended into oblivion. But at the end of the day you can draw on your shoes until your heart’s content, you can binge watch your favorite shows while eating directly out of the bag/box/Tupperware, and you can surprise your friends by sending them mail or drawing on their windows with window markers. At sometimes, if you’re lucky, you’ll find three cats, chilling in an alleyway, just waiting for you to take their photo. Cat Fancy, indeed.