October and Halloween season may be “over”, but that doesn’t mean I’m done documenting it. (Also, can we agree that Halloween is a lifestyle and not a single day of the year? Good. Done.) I’m actually really surprised that I’m not terribly sad we’re in November now. I’m feeling good about the blank slate that is this month, and I feel confident that I celebrated my favorite holiday with enough pizzazz.

One of my favorite moments last week was me telling my guy friends to put their witches hats on and get in the car. Tell me how gangster they look!? Just imagine some NWA or Public Enemy playing in the background to give yourself a giggle. 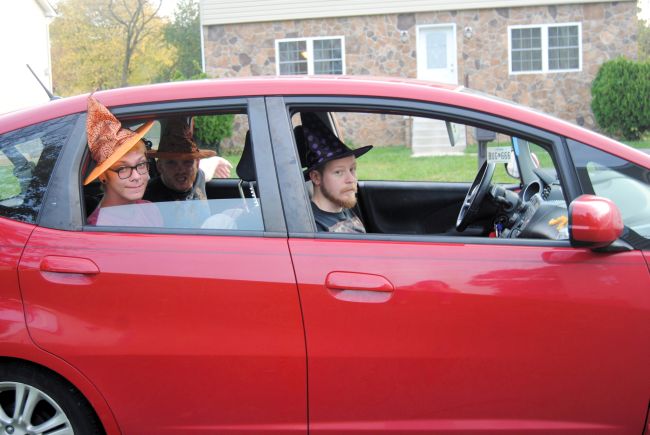 Another amazing moment was that Ashley and I finally got to debut our Broad City costumes. This show is absolutely amazing, and if you haven’t seen it you’re doing yourself a disservice. These costumes were based off of a very specific moment in one of the episodes. You’re going to want to watch this video to get the full effect. Ash and I really identify with the characters (her, Abbi; me, Ilana). We wore our costumes to a house party on Halloween night, and then went out to a couple bars. Only one person was able to correctly identify us the entire night, although most people just assumed Ash was Missy Elliott. It was a great end to the Halloween season. 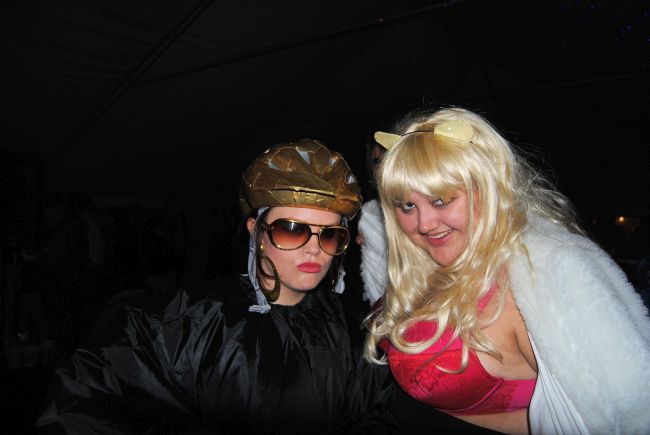 video taping me dancing all over town

waiter calling me beautiful and consequent free wine and desserts

grabbing a stranger’s face and saying “You call me when you get home!” (for no reason)

doing the Thriller flash mob at the Inner Harbor

a light show and DJ in Leah’s basement

Maura taking a photo of me on her Fuji Instant camera

seeing “This Is The End” for the first time

how much Bug loves his new bat toy

how easy it is to get my friends naked

finding a giant bag of my two favorite candies on sale

I’d also like to mention that Joe and I made things official, which I’m pretty stoked about. This is us watching Ghostbusters at American Visionary Art Museum, my favorite place in the world. I was laying on a hill in Baltimore with a hilarious Halloween themed movie projected on the wall of my favorite building. The stars were shining super bright and I was wrapped up in a Batman hoodie, blanket, and a boy. I couldn’t have been happier. (Obviously wish I got his face in the shot, but using the flash during a movie is bad policy, so I had to work with what I had. And I like what I have.)

What’s on your happiness list this week? If you’re thinking about making a happy journal, get your start here.

PS – You saw me dancing, right?