Hey! It’s almost Halloween! (Yay!) And we only have two days left of October left. (Aw.) I look forward to reading your Top Ten Things lists tomorrow! In other news, today is Candy Corn Day! I hope that you’re having a great hump day and that you plan on dressing up tomorrow! Take advantage of the last days of this month.

Don’t forget to join my 400 likes celebratory giveaway or get a free postcard! And I’d love to have you sign up for Inspiration For Your Inbox, to get fun e-mails every day for a month! 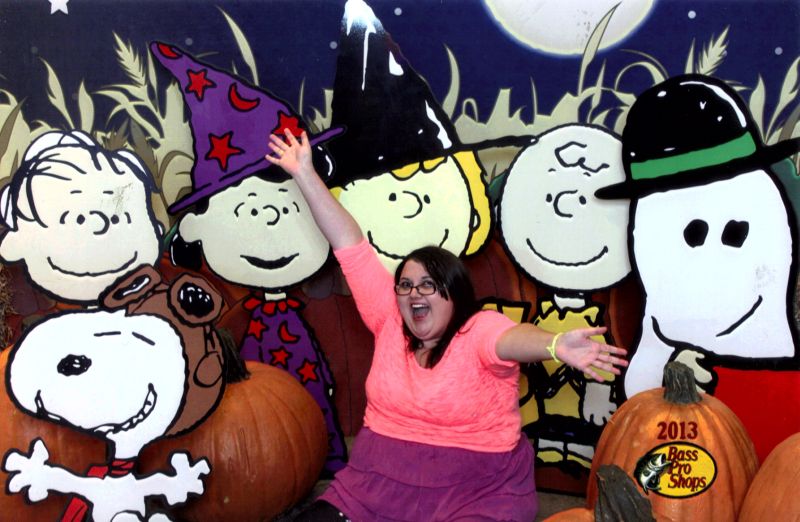 + taking my picture with The Peanuts gang at Charlotte’s work
+ tons of pom poms, garlands, and wands being on sale at Target
+ exposing myself to children and being less scared
+ painting my pumpkins from Larriland 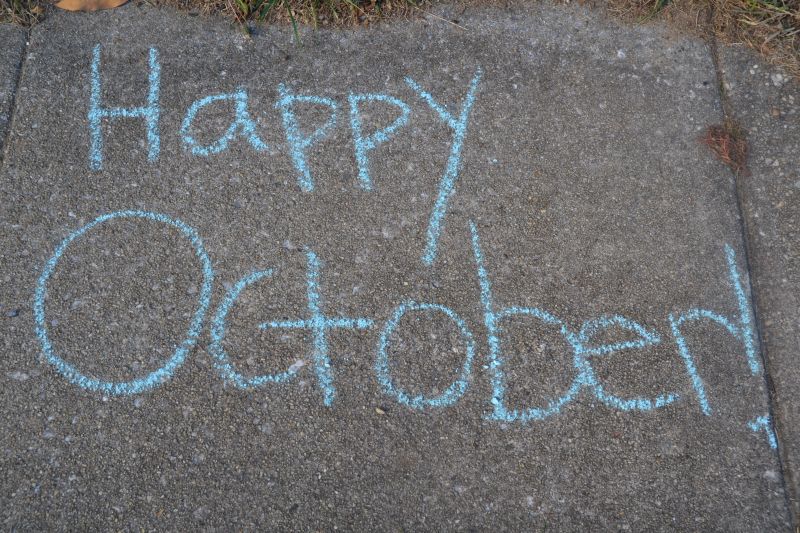 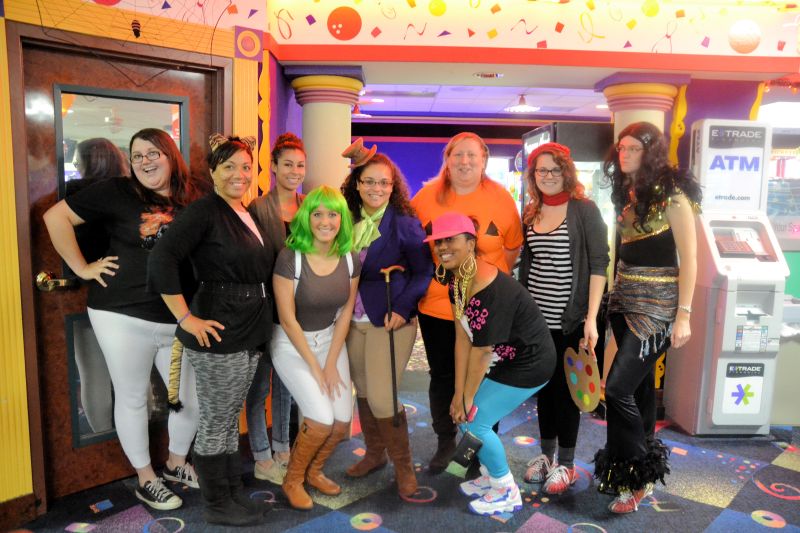 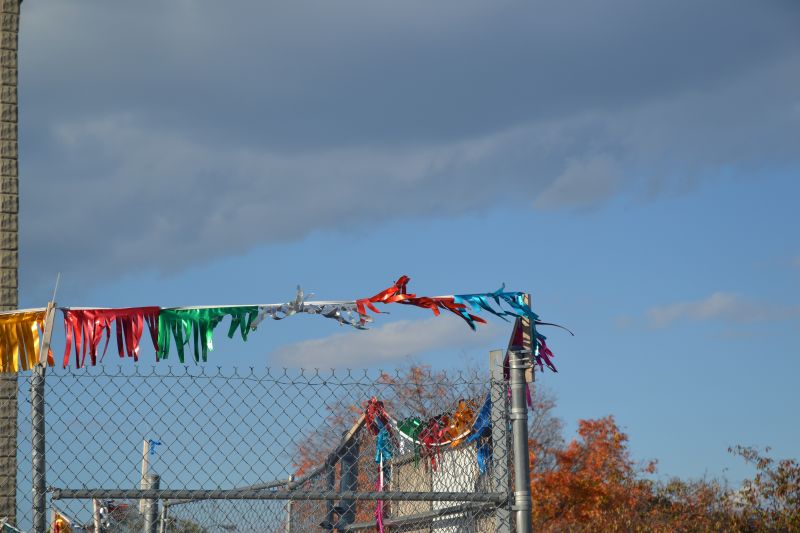 + spotting tinsel and garland no matter where I go
+ this comic about compliments
+ going to an adult, outdoor, nighttime recess
+ wearing a hat for the first time this season

+ taking advantage of a mall photobooth, since I’m never in a mall
+ discovering the Creative Dream Incubator
+ beautiful Halloween mail
+ meeting Kenna and her friends at The Green Turtle 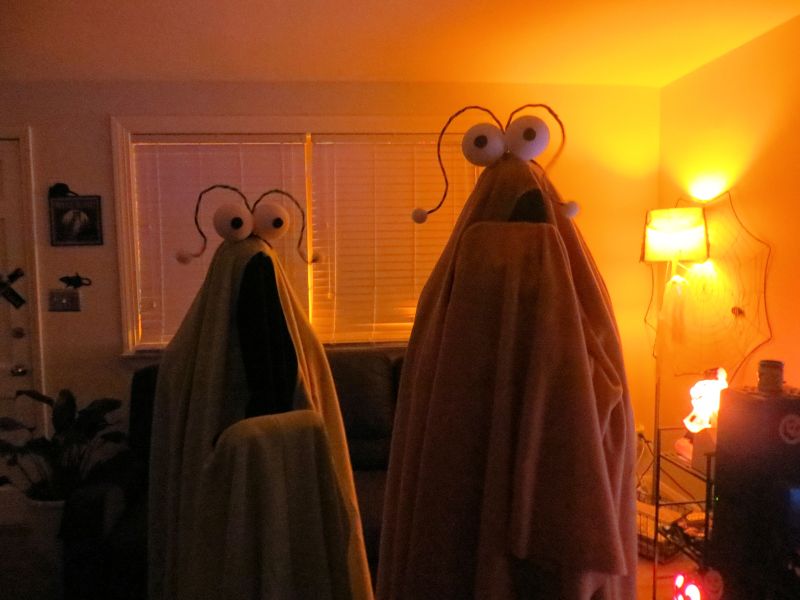 + these Yip Yips… the best costumes I’ve seen this year
+ the party I saw these costumes at (and the delicious food Heidi made!)
+ the knitting man who got questioned by the police
+ having an epiphany about being single 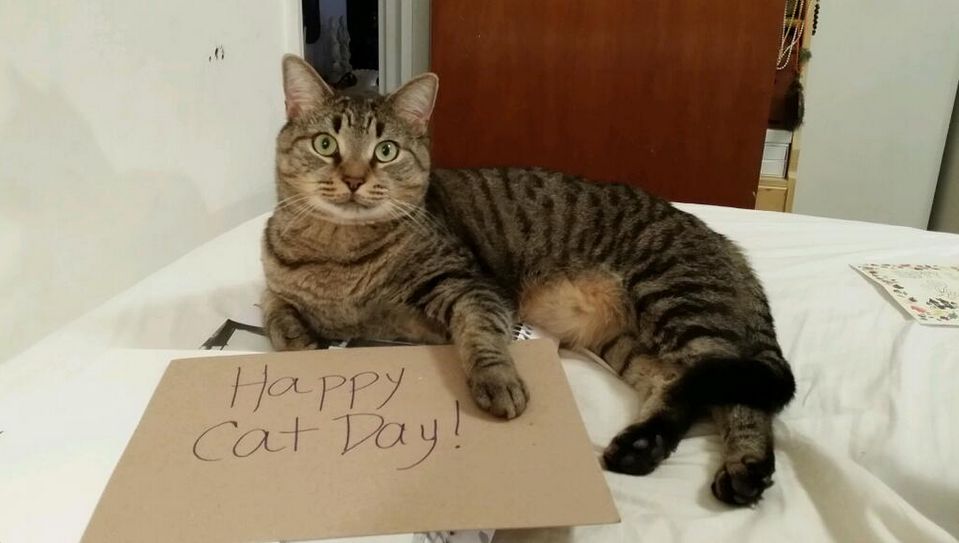 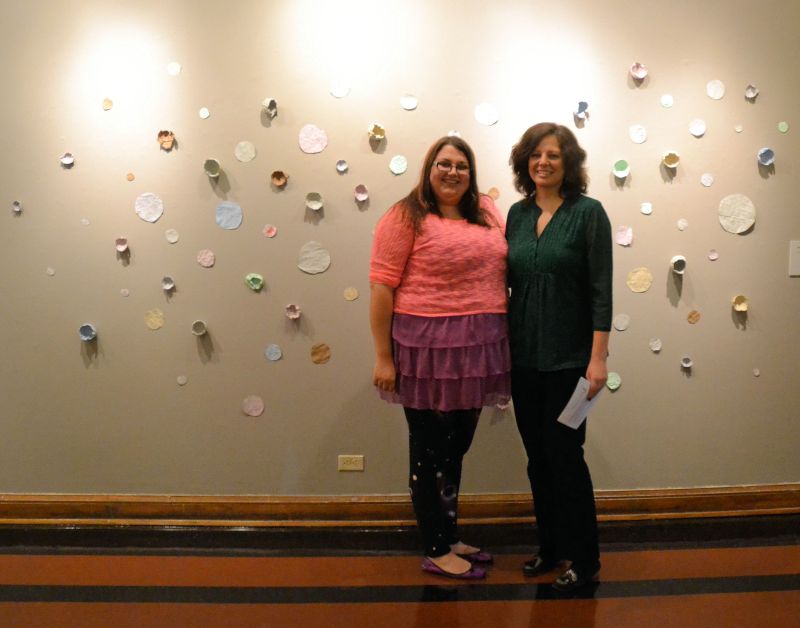 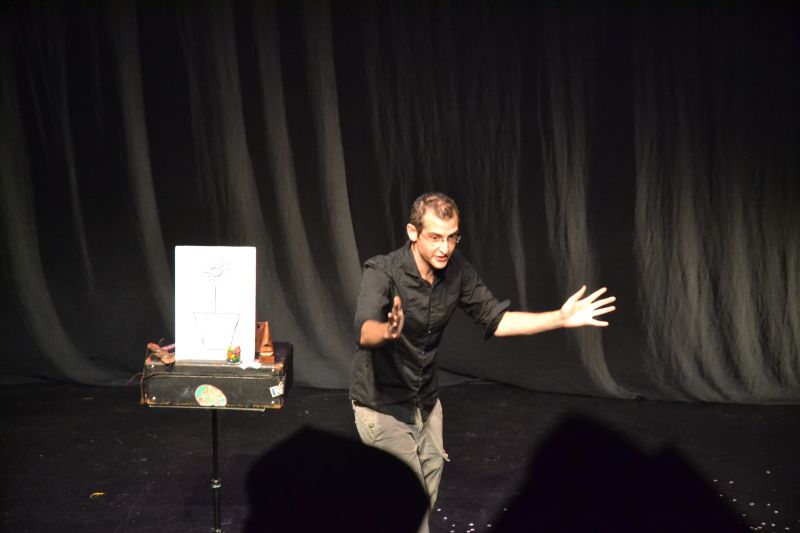 + going to a magic show to see David London (a creative performance encouraging you to use your imagination)
+ Russell Brand’s interview
+ Jukebox The Ghost’s album, “Safe Travels”
+ being #1 on my Foursquare leader board for a hot second

Another thing that made me really happy was running into my psychiatrist at Old Navy. I only see her a few times a year, and our discussions are based on my medication and symptoms… kind of drab conversation. But as soon as she saw me, she busted out this pink skeleton onesie and said, “You’ll appreciate this!” I was so excited that even though we only talk about slightly negative stuff, my personality still shines through enough to know that I would appreciate something like that.