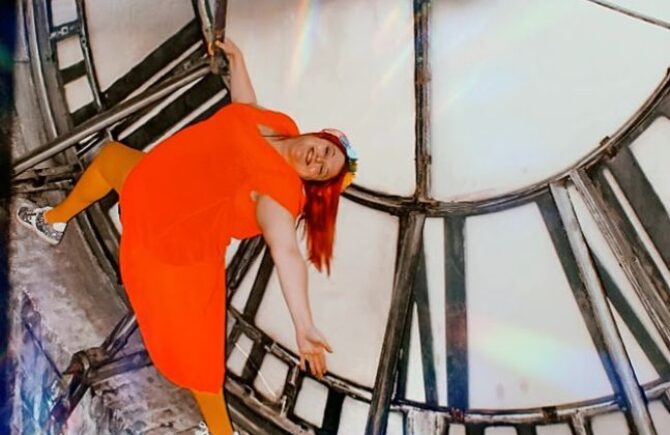 Times Keeps Going, What Legacy Do You Want To Leave? The other day, I was spray painting something for Ruth Bader Ginsburg (stay tuned), and the sun was casting a shadow on the wall I was about to start on. I thought to myself, “I don’t want that shadow in my photo at the end, so I will move to the right”.

I did move to the right, but as I worked, so did the shadow. Because of the sun, duh.

Obviously, I know that the sun moves and casts shadows at different angles throughout the day, but I wasn’t there for that long, or so I perceived it to be, and the idea that the shadow would be in a completely different spot, let along blocking my work when I was finished and ready to take my photo didn’t even enter my mind.

In fact, for about 20 seconds, it seemed more rational to me that the pole had moved than time had passed. PHEW.

Isn’t that a damn lesson, though? Even though I was out doing something meaningful to me, the sun was still doing it’s thing, the earth was still spinning, time was still passing.

We have an enormous amount of choices of how we spend our time in this short life, and I personally want to end up with a legacy that inspires someone after I die to go out and spray paint something I said in rainbow spray paint on an abandoned building because they don’t want what I lived for to end with my physical body.

Your life is the beginning of your legacy. The ways in which you live are how you inspire others to live, even after you’re no longer here, that’s the ongoing rest of your legacy.

You don’t need to be famous to do that. I love you. Spend today in a beautiful way, even for five minutes.