A couple months ago, Erika let me know about this pool art performance she found online. We rounded up some of our friends and executed her idea of making a comment on climate change. How did we do that? To the Captain Planet theme song, of course! 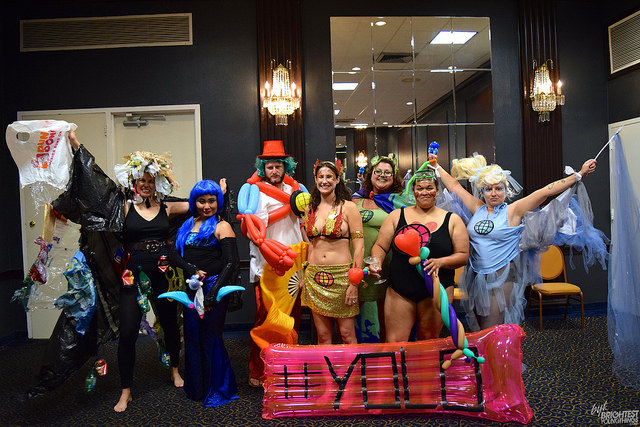 The performance was at the Capital Skyline Hotel in Washington DC, and it’s an annual event called SynchroSwim. You have to apply ahead of time, and only four teams are accepted. Besides our team, The Elementals, there were also DC Synchromasters, The Docents, and Fluid Movement. Everyone’s acts were extremely different! The Synchromasters did a classic and feminine synchronized swimming routine, highlighting their gorgeous hot pink heels. The Docents channeled 1987 while wearing black and white to create a really clever floating sculpture. And last but not least, Fluid Movement did a combination of synchronized swimming and regular performance art with a patriotic theme. 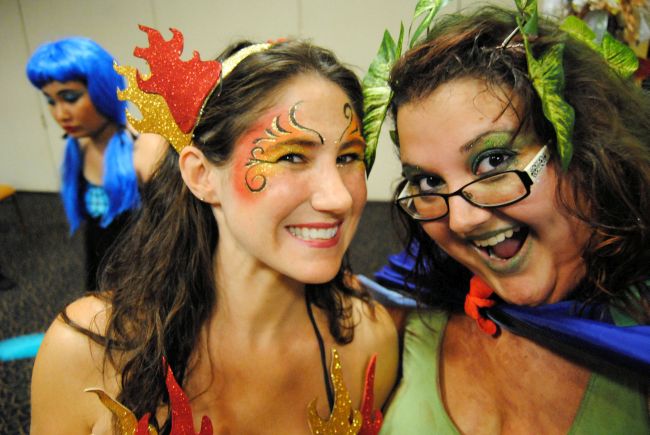 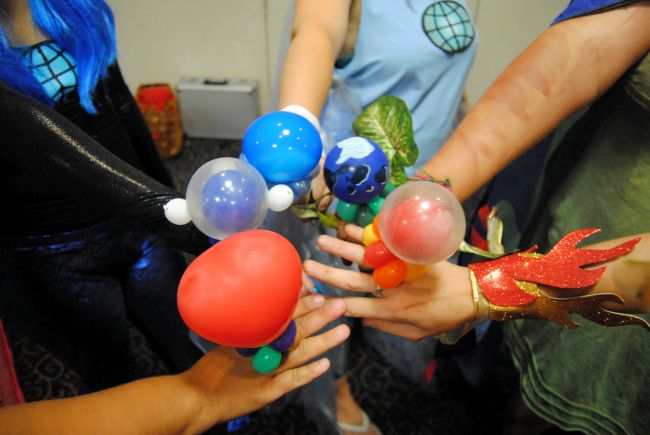 Our act was much more conceptual than technical. After the elements were introduced, we battled Pollution, only to be defeated. Heart (representing humanity) doesn’t fight Pollution, but is killed anyway. The elements, with the exception of Heart, are brought back to life and kill Pollution. We rejoice, clean up the pool, and that’s that. 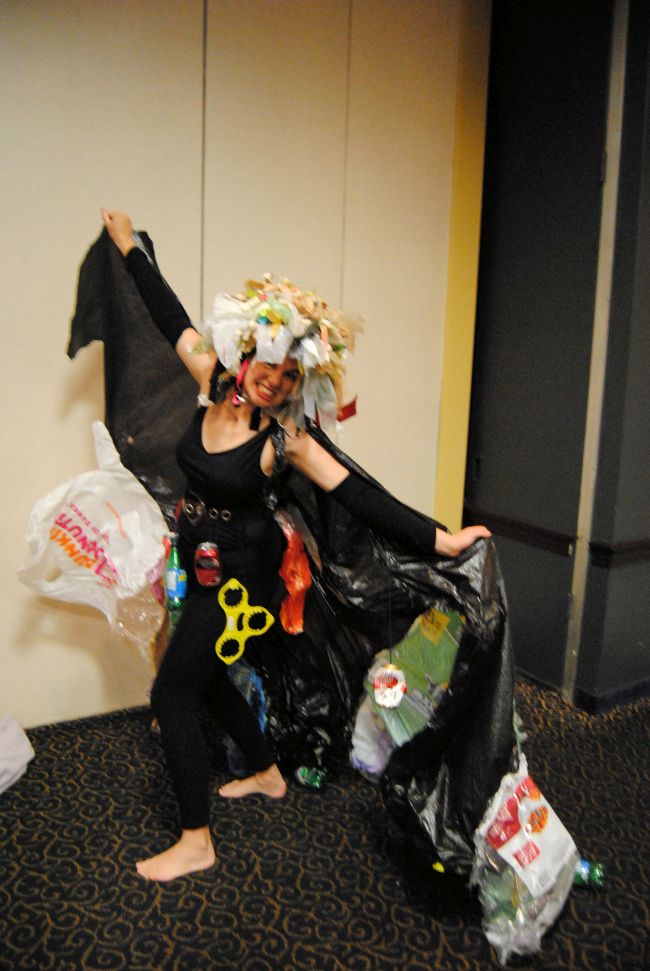 Everyone handled their own costumes, and they were pretty great. April made us all rings (and Sean’s outfit) out of balloons, Erika’s cape was made entirely of recyclable materials, Alison’s wig certainly looked wind-swept, Daphne wore a monofin mermaid style (after my heart), Ally’s raft she waded on strategically read “YOLO”, and I definitely pinned a ton of leaves in my hair. Daphne also made us fabric patches to represent Captain Planet’s team. 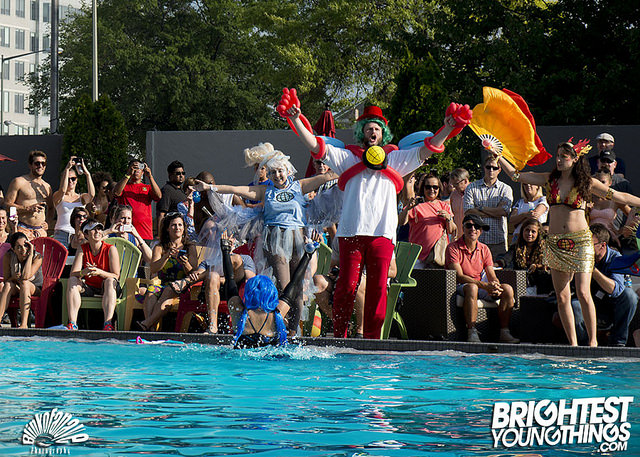 The event happens every year, and the admission is free. There were three judges who rated each act on a one to ten scale in the categories of technical skill and overall visual spectacle. They were super harsh, and after seeing some really wonderful acts get graded so poorly, we figured we’d be lucky to get more than a one! We did okay, though! Sixes, eights, a two… Fluid Movement won both categories (their act really was incredible — it had it all!), but we weren’t sad. We all had a really great time. 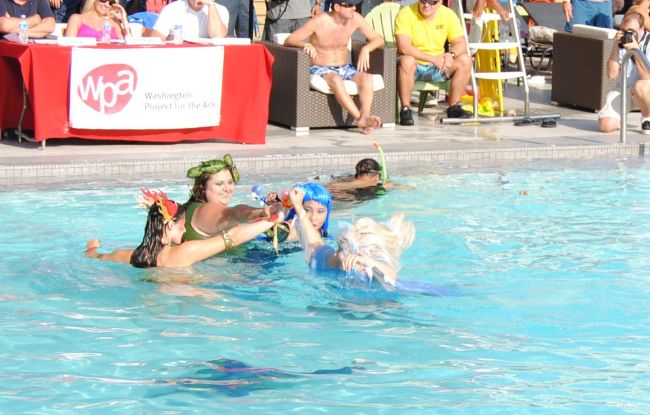 The video footage I have only gives you the big picture of our performance since it’s so far away. But it’s here nonetheless.

Be sure to check out Erika’ write-up and pictures taken by Brightest Young Things and Washington Project For The Arts. And for a summary of each act’s concept that was published to advertise the event, go here. Oh, and if you want to laugh in keeping with the Captain Planet theme, check out this video with Don Cheadle.
in Performance 29 Aug 201427 Aug 2014 3 comments
Share
Post tagsDCperformance