Recently, my friend, Melissa, let me know that there are some sunflower fields in Bethesda, Maryland. I made plans to go as soon as possible, not just because I was enthusiastic about it, but because the peak of sunflowers blooming in this area is late July. 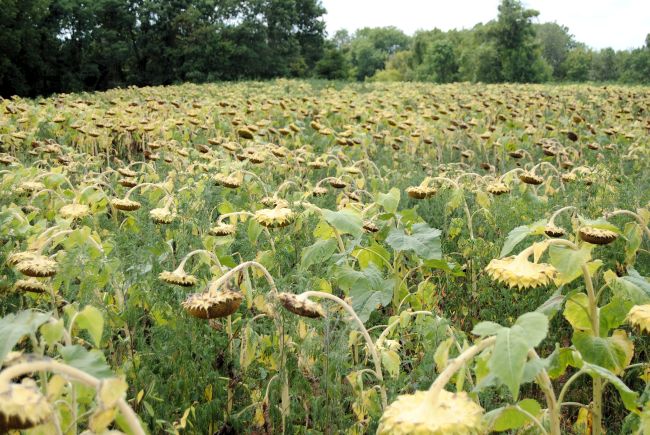 Unfortunately, when April, Richard, and I got there, the flowers were all dead. 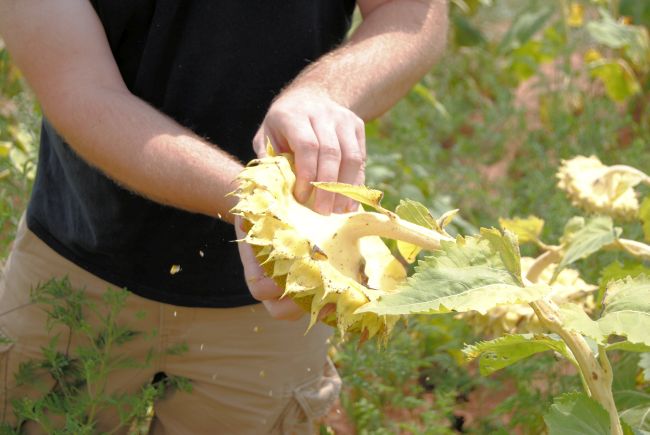 All the petals were gone, and the heads of the flowers were all drooping the same way. We were really sad about it, but it was still fun. None of us realized just how many seeds are in one sunflower! Totally intense. 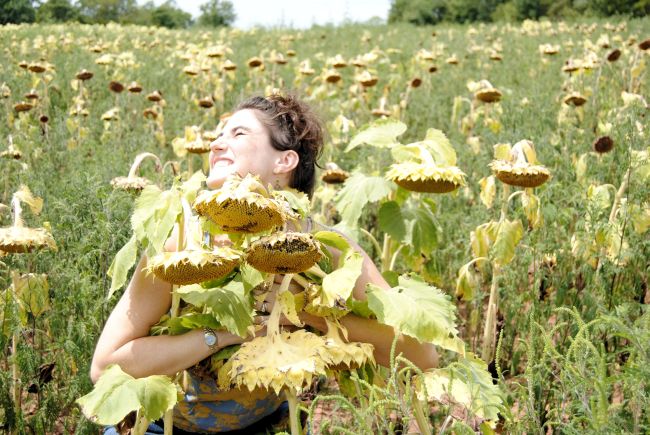 April and I still frolicked around the field, though. Obviously. 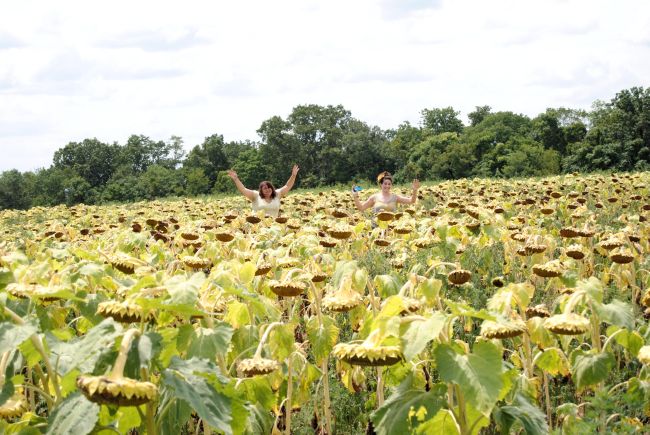 The photo below might just look like a field of dead sunflowers, but look closer. I’m a master of disguise. 😉 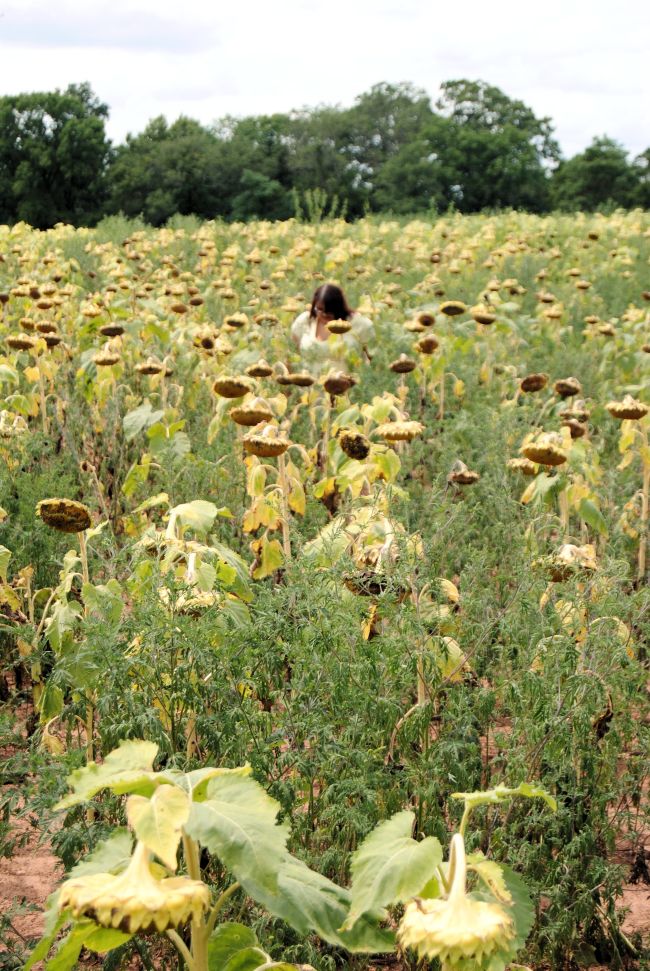 Just because something is dead or not in its prime doesn’t mean it isn’t beautiful. Living things leave legacies for us to love eternally, if we so choose. But you know what? We don’t have to worry about that with sunflowers because they’ll be back bright and bold for us next summer. I can’t wait. 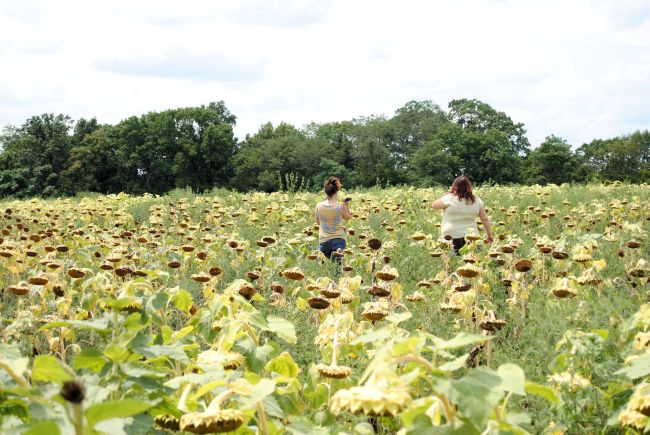 Overall, totally worth the drive to Bethesda, including a good period of time spent lost. I went down dirt roads that I’m fairly certain were private property, made a lot of wrong turns, but eventually found the little lot off River Road where I left my car and walked into this immense sea of yellow nature.